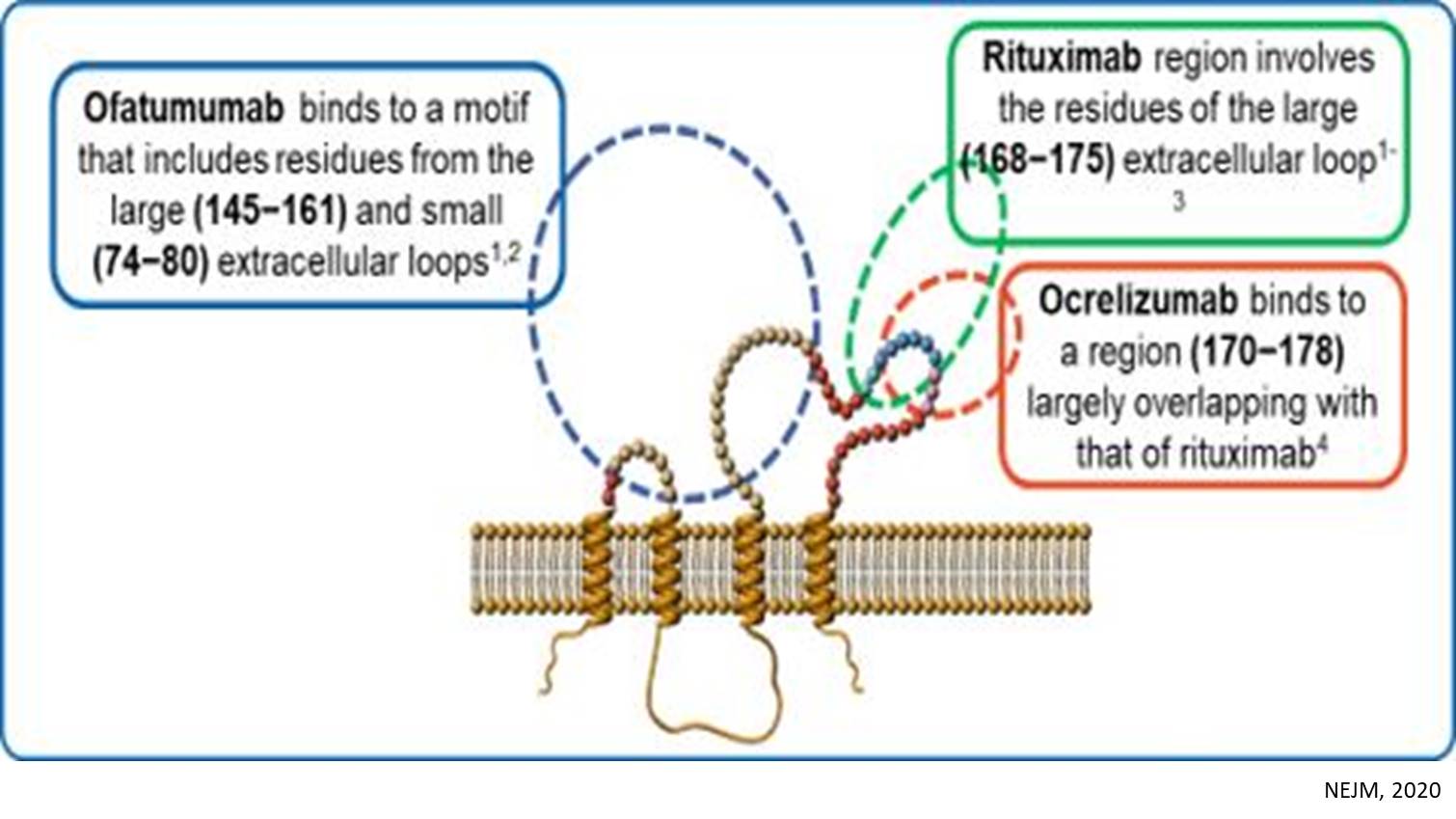 A newly completed phase 3, multicenter clinical trial has found that an immune-modulating drug can silence inflammatory disease activity in a large majority of patients with relapsing multiple sclerosis (RMS)--the most common form of the illness, in which symptoms wax and wane.

MS is an autoimmune disease in which the body's immune system attacks and destroys the insulating sheaths that normally help speed signaling in nerve pathways within the brain and throughout the body. MS affects about one million people in the United States, striking nerves of the brain and spinal cord in the prime of life, eventually crippling many patients.

In the new study, published in The New England Journal of Medicine, more than 900 patients received an injectable drug called ofatumumab for a median duration of 1.6 years. The study found that ofatumumab produced a significant reduction in new inflammation, as well as fewer clinical relapses and progression events. In the second year of treatment, nearly nine out of 10 patients on ofatumumab showed no sign of disease activity.

The ASCLEPIOS I and ASCLEPIOS II trials, sponsored by Novartis and conducted at 385 sites in 37 countries, compared ofatumumab to teriflunomide, a daily pill commonly prescribed for MS, and found that ofatumumab treatment resulted in half the relapse rate, and significantly fewer instances of worsening disability or new inflammatory lesions in the brain.

The first effective MS treatments became available two decades ago, but the new study is the latest to demonstrate the much greater effectiveness of a new type of treatment that specifically targets B cells of the immune system to stifle MS. Novartis is now seeking approval to market ofatumumab in the United States and globally to treat RMS.

For decades, Stephen Hauser, MD, a UCSF physician-scientist and director of the UCSF Weill Institute for Neurosciences, has been a prominent advocate for targeting B cells to treat MS. Hauser was a leading advisor on the design of the phase 3 ASCLEPIOS clinical trial protocol, and is corresponding author of the new NEJM study.

Hauser served a similar role in an earlier phase 3 study of the first B-cell targeted MS treatment, a Genentech drug called ocrelizumab (brand name Ocrevus). In 2017, Ocrelizumab became the first treatment to be approved for primary progressive MS (PPMS), a less common form in which the disease continually progresses without relapses. About 10 percent of MS cases are diagnosed as PPMS, and ocrelizumab was found to reduce progression of clinical disability by about 25 percent.

Ocrelizumab is delivered by infusion every six months, while ofatumumab can be injected under the skin once monthly by patients using an auto-injection pen. Both drugs are antibodies, but they target different sites on the same molecule, called CD20, which is found almost exclusively on B cells. Treatment temporarily depletes inflammatory B cell populations from the bloodstream. Ofatumumab is a fully human antibody, but ocrelizumab is partly derived from mouse, and the two drugs work to remove B cells in somewhat different ways.

"Both of these B-cell therapies are astoundingly effective for relapsing MS and offer good options for patients," Hauser said. "Given the effectiveness we saw in this study with near-complete elimination of inflammation and scarring in myelin-rich areas of the brain, along with the minimal side effects, the use of either of these therapies is most attractive as first-line treatment for most MS patients."

The development of both drugs for MS was based on work beginning early in Hauser's career in which he demonstrated that B cells play a key role in MS. Two decades ago, that research helped persuade Genentech to test rituximab, an anti-CD20 antibody used to treat non-Hodgkin's lymphoma, in a clinical trial with MS patients. That study was the first to demonstrate the efficacy of this treatment strategy for MS.

In addition to demonstrating the importance of basic research for understanding the function of the immune system in autoimmune disease, the new NEJM study also highlights the value of clinical research in generating insight into disease, Hauser says. For example, new drugs that have helped control relapsing inflammatory episodes in RMS patients are revealing more underlying biological similarities between relapsing and non-relapsing forms of the disease than previously understood. Even in the absence of the active inflammatory episodes that cause relapses, immune cells that target and destroy neuronal insulation continue to survive in the brain, and neurons continue to degenerate and die.

Based on what has been learned so far, and encouraged by the partial success of ocrelizumab in treating progression, Hauser and UCSF colleagues aim to explore whether even stronger, but still safe, dosages of anti-CD20 medications given at the time of diagnosis might permanently stop progression of MS and the degeneration of neurons, effectively providing a cure. In addition to anti-CD20 therapies, a variety of other approaches are also now being explored to eliminate culprit B cells in MS even more effectively.

Researchers are discovering that even some early MS drugs have a previously unrecognized ability to deplete B cells--as well as T cells of the immune system, which was their intended target before the field shifted its focus to B cells.

"While there is not yet a cure, a generation ago MS patients typically became cane- or crutch-dependent within 15 or 20 years, but now they often are spared from significant disability," Hauser said. "The improvement in MS treatment, especially with drugs that specifically target B cells, is one of the great success stories of medicine."