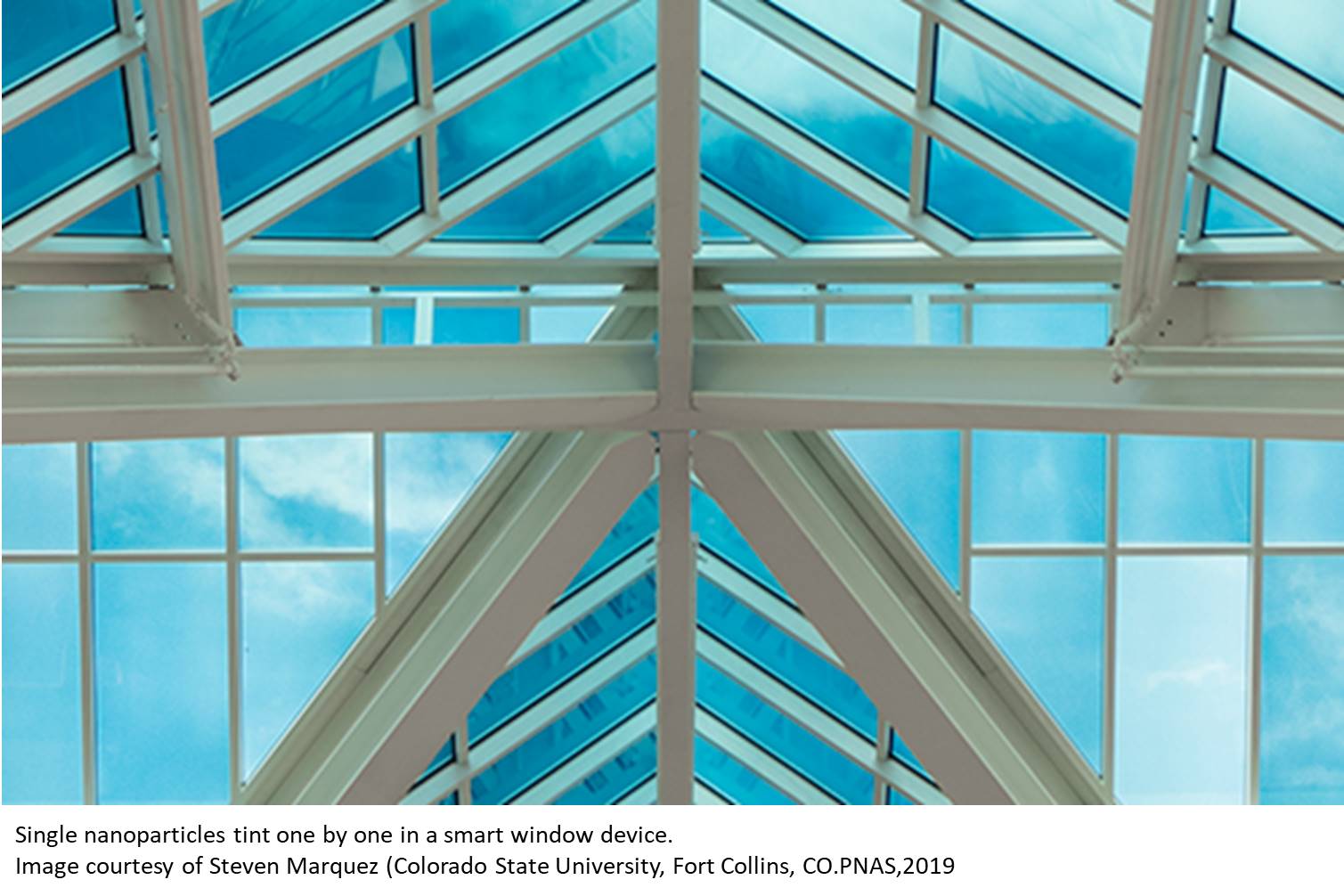 Smart windows transition between transparent and tinted states by using small voltages to drive ions into or out of transparent tungsten oxide thin films. Although smart glass offers numerous advantages related to energy consumption and human comfort, the technology is currently hampered by slow tinting rates, around 7–12 minutes.

Researchers demonstrate the use of single-particle-resolution optical imaging to measure structure–function relationships in tungsten oxide nanorods, a nanomaterial with properties that can potentially enable rapid tinting.

The authors show that single nanorods undergo a particle-dependent delay prior to tinting, an initial waiting period required to insert lithium ions at optically inactive surface sites. Further, the delay contributes to the inefficiency of nanoparticle films and a nonuniform tinting appearance that spreads in space and time as particles switch one by one.

The study also reveals that interfaces between particles act as ion traps that gradually degrade the optical performance of the material. Based on these measurements and additional findings showing that single particles tint up to 4 times faster and cycle more reliably than films, the authors present a thin-film architecture.

The thin film is designed to exploit fast-switching electrochromic nanoparticles and avoid detrimental particle-to-particle interactions, according to the authors.