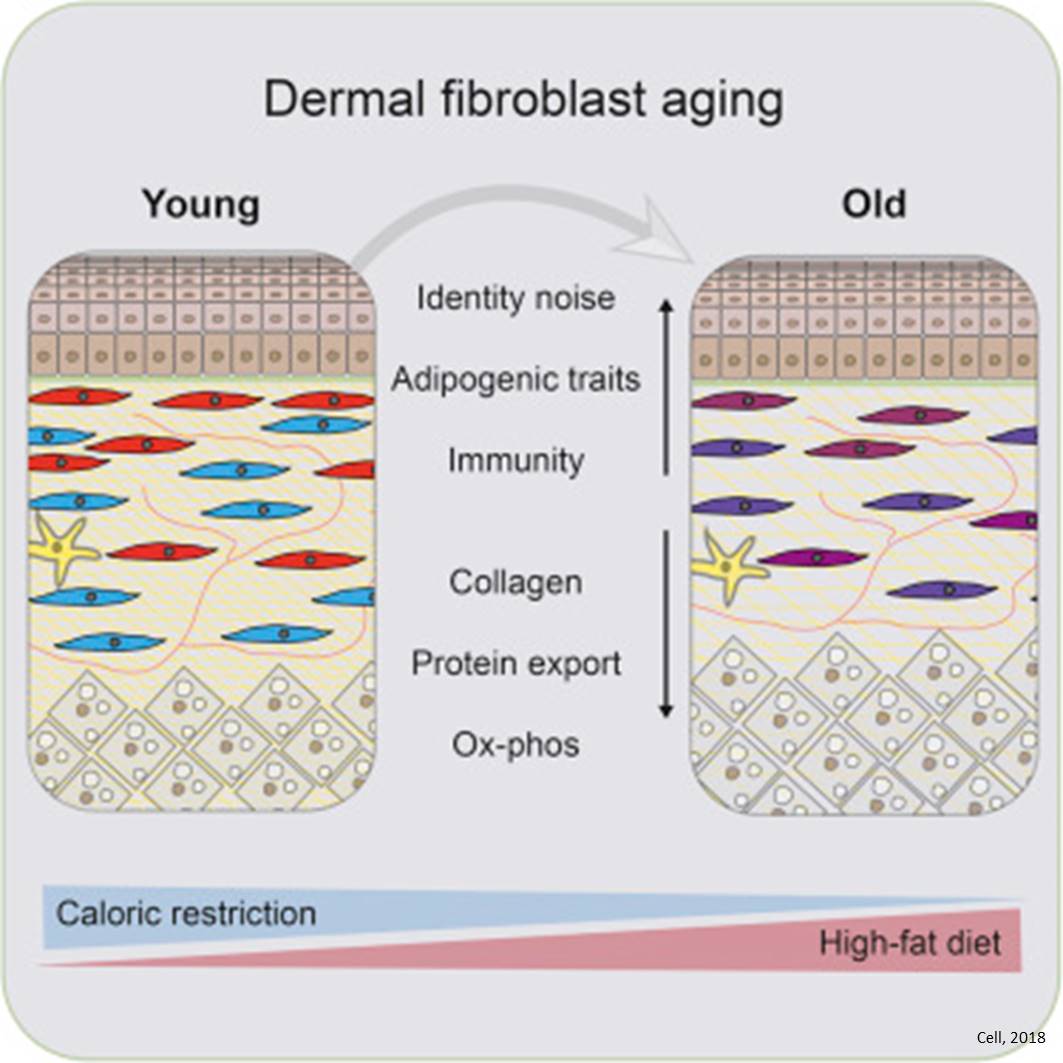 With age, our tissues lose their function and capacity to regenerate after being damaged. A study published in Cell by scientists explains how dermal fibroblasts age.

The main conclusion drawn is that these fibroblasts lose their cell identity, as if they had "forgotten" what they are, and consequently their activity is altered, thus affecting tissue. The study reveals the cellular and molecular pathways affected by ageing and proposes that they could be manipulated to delay or even reverse the skin ageing process.

Dermal fibroblasts are key for the production of collagen and other proteins that make up the dermis and that preserve the skin's function as a barrier. The activity of these cells is also crucial for the repair of skin damage. As we age, the dermis loses its capacity to produce collagen, and consequently its capacity to repair wounds is also significantly impaired.

"The elderly face many problems in this regard because their skin does not heal properly and its barrier properties are decreased, thus increasing the risk of skin infections and systemic infections," explains the leader of the study. "The notion that the loss of cell identity is one of the underlying causes of ageing is interesting and one that we believe hasn't been considered before," the lead concludes.

The study demonstrates that, during ageing, skin fibroblasts start to acquire many traits that are characteristic of adipocytes (fat cells). "This leads to them losing their cell identify and they also stop producing and secreting collagen like they should," explains the lead.

Although being basic research, the comments that "this new knowledge might not only have cosmetic applications, for example anti-aging skin treatment, but more importantly, also therapeutic applications aiming to help aged skin to form scar tissue faster and more efficiently after being damaged or after an operation".