Sleep helps the brain to adapt to the emotional experience 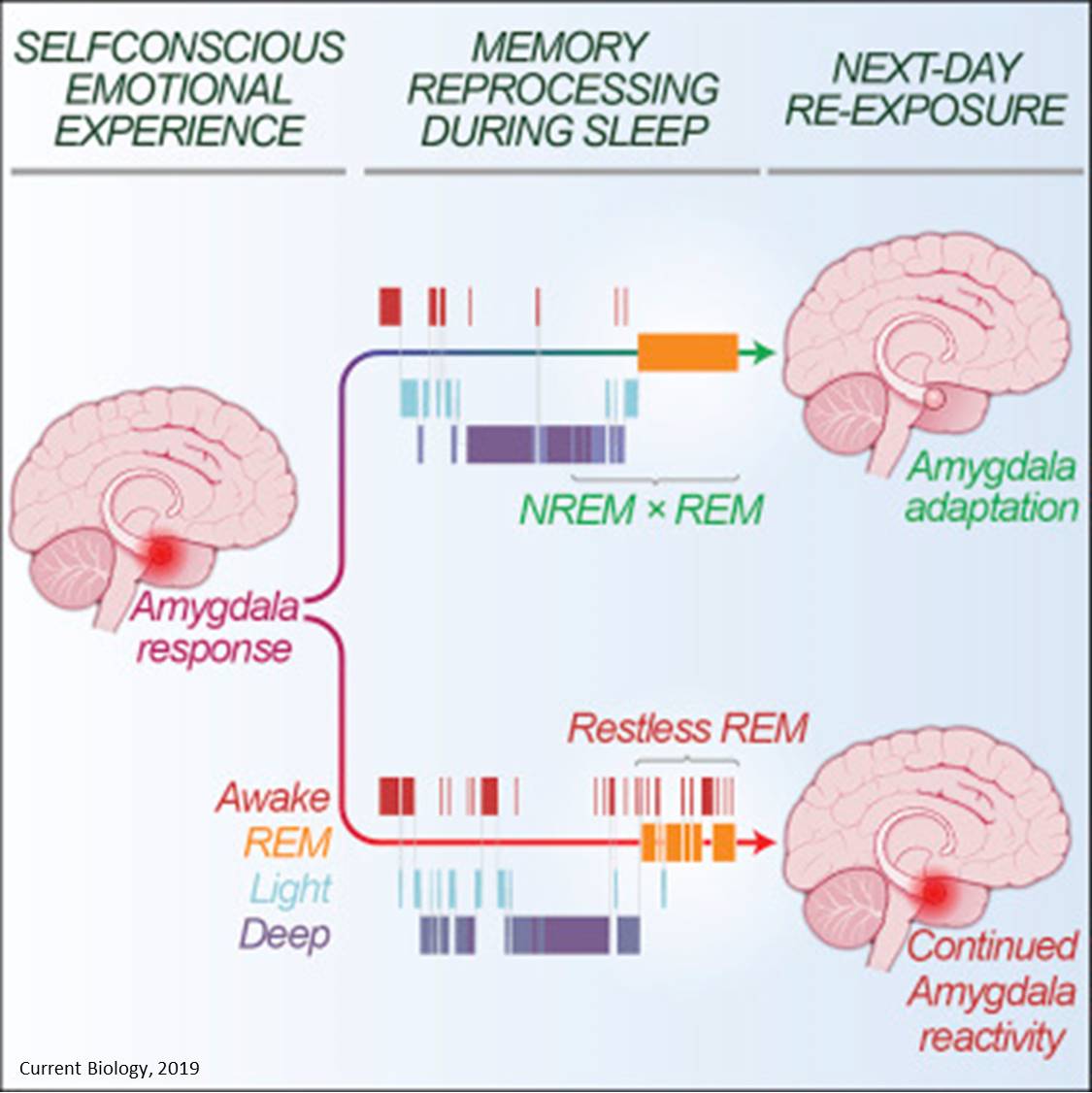 Something frightening or unpleasant does not go unnoticed. In our brain, the so-called limbic circuit of cells and connections immediately becomes active. First and foremost, such experiences activate the amygdala. This nucleus of brain cells located deep in the brain can be regarded as the siren of the brain: attention! In order for the brain to function properly, the siren must also be switched off again. For this, a restful REM sleep, the part of the sleep with the most vivid dreams, turns out to be essential.

The researchers placed their participants in a MRI scanner in the evening and presented a specific odor while they made them feel upset. The brain scans showed how the amygdala became active. The participants then spent the night in the sleep lab, while the activity of their sleeping brain was measured with EEG, and the specific odor was presented again on occasion.

The next morning, the researchers tried to upset their volunteers again, in exactly the same way as the night before. But now they did not succeed so well in doing this. Brain circuits had adapted overnight; the siren of the brain no longer went off. The amygdala responded much less, especially in those who had had a lot of restful REM sleep and where meanwhile exposed to the specific odor.

During sleep, 'memory traces' of experiences from the past day are spontaneously played back, like a movie. Among all remnants of the day, a specific memory trace can be activated by presenting the same odor as the one that was present during the experience while awake. Meanwhile, memory traces are adjusted during sleep: some connections between brain cells are strengthened, others are weakened. Restless REM sleep disturbs these nocturnal adjustments, which are essential for recovery and adaptation to distress.

The findings were published in the journal Current Biology. The finding can be of great importance for about two-thirds of all people with a mental disorder, as both restless REM sleep and a hyperactive amygdala are the hallmarks of post-traumatic stress disorder (PTSD), anxiety disorders, depression and insomnia. People with PTSD carry their traumatic experience to the next day: people with an anxiety disorder take their greatest fear with them, people with depression their despair, and people with chronic insomnia their tension.

The authors predict that treatment of restless REM sleep could transdiagnostically help to process emotional memories overnight and give them a better place in the brain.