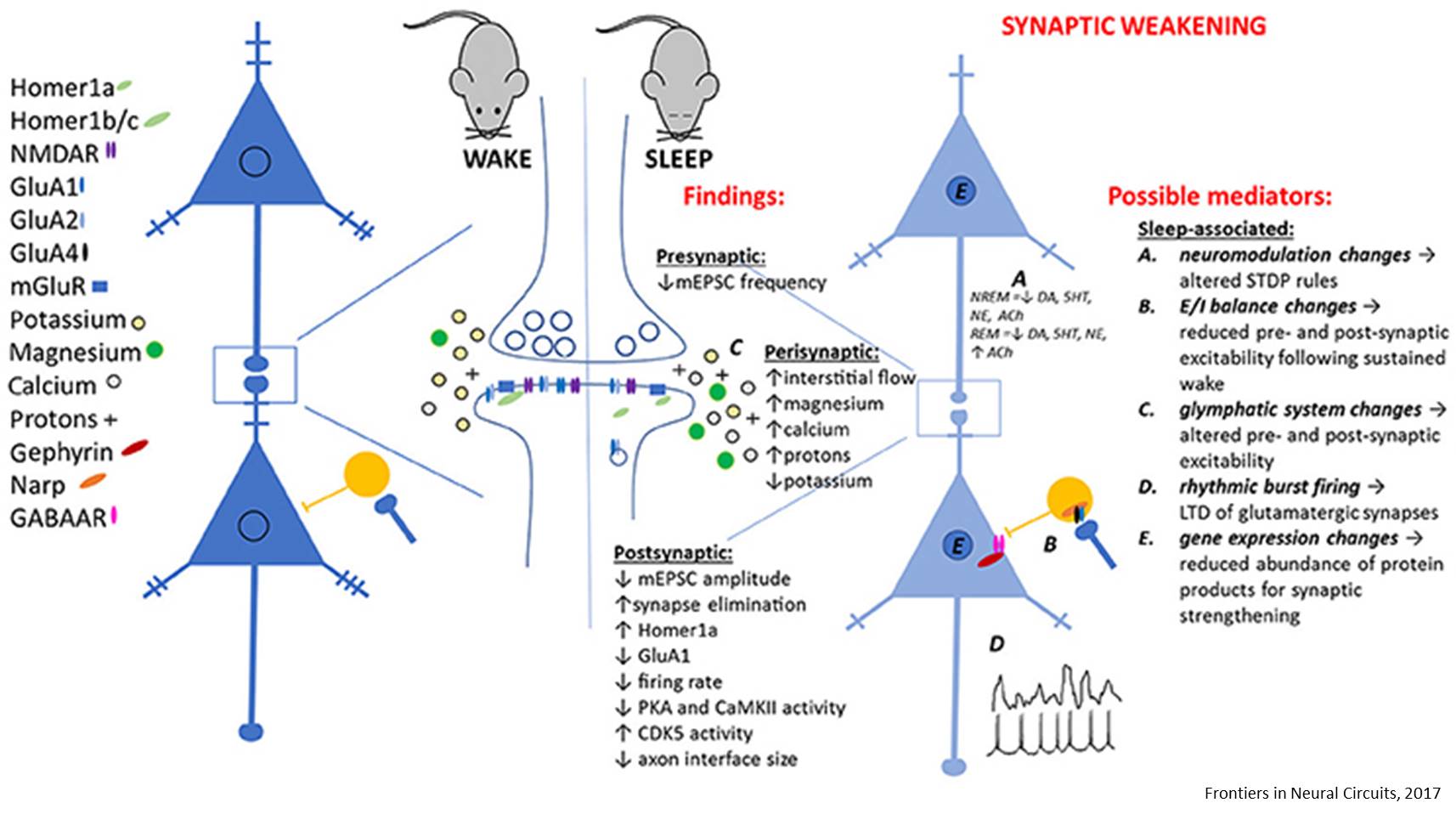 Synapses in the hippocampus are larger and stronger after sleep deprivation, according to new research in mice published in JNeurosci. Overall, this study supports the idea that sleep may universally weaken synapses that are strengthened from learning, allowing for new learning to occur after waking.

Sleep is thought to recalibrate synaptic strength after a day of learning, allowing for new learning to take place the next day. The researchers examined how synapses in the hippocampus, a structure involved in learning, changed following sleep and sleep deprivation in mice.

Consistent with previous studies in the cortex, the researchers observed that synapses were larger, and therefore stronger, after the mice were awake for six to seven hours compared to after they were asleep for the same amount of time. Additionally, the researchers found that the synapses were strongest when the mice were forced to stay awake and interact with new stimuli, compared to mice that stayed awake on their own.

This is consistent with the hippocampus' role in learning, and suggests that synaptic changes take place when learning occurs, not merely from being awake.