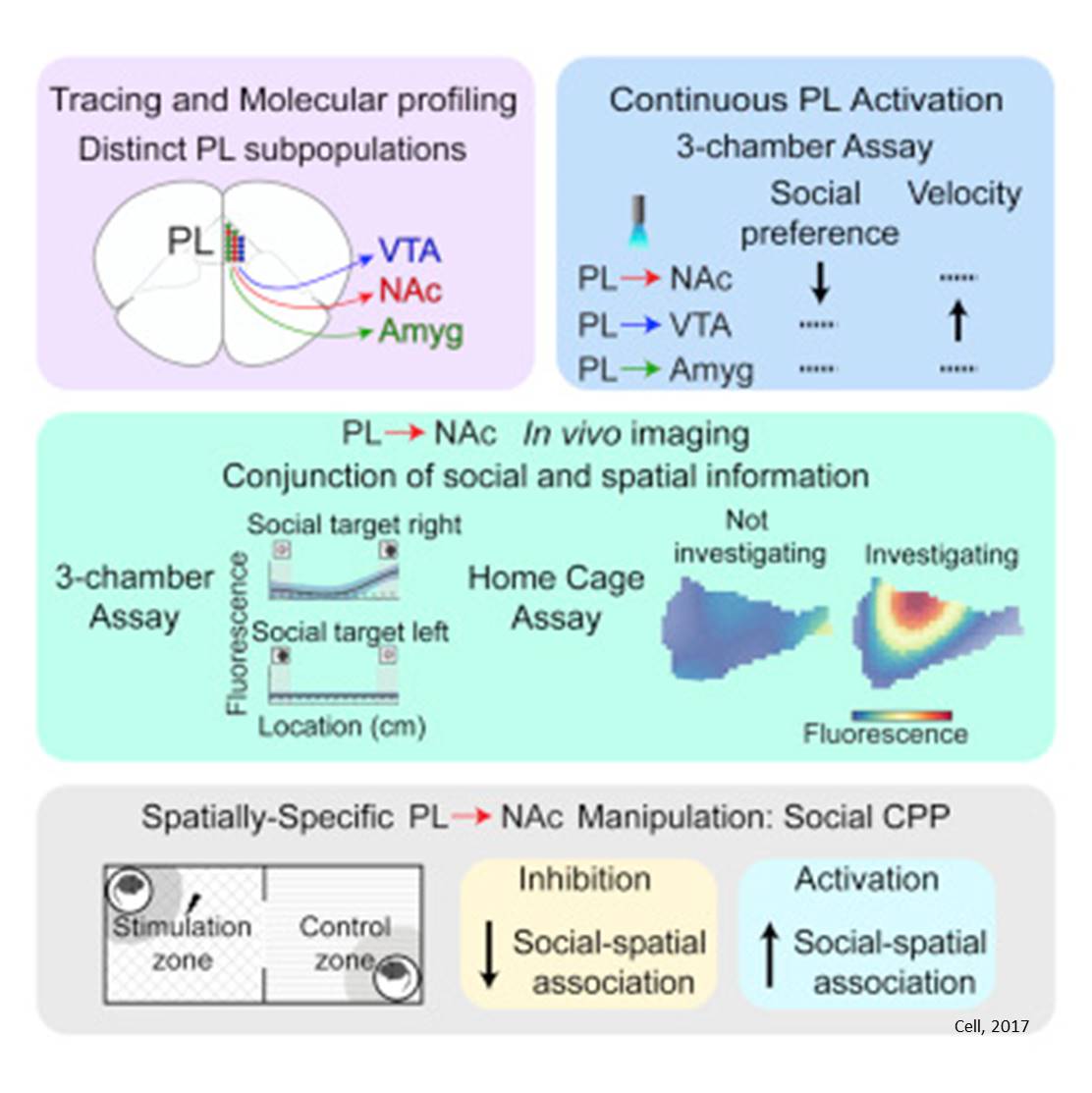 Social behaviors are crucial to all mammals. Most previous research on social behavior has focused on the brain's circuits for hardwired behaviors, like aggression, sex, or mothering. Although the prelimbic cortex (PL, part of medial prefrontal cortex) has been implicated in social behavior, it is not clear which neurons are relevant or how they contribute.

In their experiments, the team gave two mice a chance to socialize in a cage that limited the mobility of one of the mice (the "social target"), so the test mouse could choose whether or not to go to the target for friendly behaviors like sniffing and grooming. Later, the test mouse was reintroduced to the test cage. When the researchers used optogenetics, a biological technique which involves the use of light to control neurons, to inhibit the key social-spatial pathway they had identified in the brain, the test mouse wandered freely through the space. When they didn't inhibit that circuit, the test mouse preferred to spend time where it remembered socializing with the other mouse.

In other words, the test mouse had learned where the fun hangout spot was, and chose to return. Humans engage in this sort of social-spatial association all the time, author noted, whether it's visiting the hottest new club or returning to a mall, a coffee shop, a park, or another spot where we remember spending quality time with friends. "The social target can change the value of a location," author said.

"Social interactions are some of the most rewarding interactions that mammals have," author said. "They drive all sorts of different forms of learning, the simplest being what we found here: spatial learning, contextual learning."

The team performed optogenetic experiments with the mice to isolate precisely which circuits of the brain are involved in social-spatial learning. Previous research had identified that the prelimbic cortex, part of the prefrontal cortex, has three "downstream" channels into the nucleus accumbens, the amygdala, and the ventral tegmental area. The team determined that only the pathway between the prefrontal cortex and the nucleus accumbens is linked to the social-spatial learning they observed.