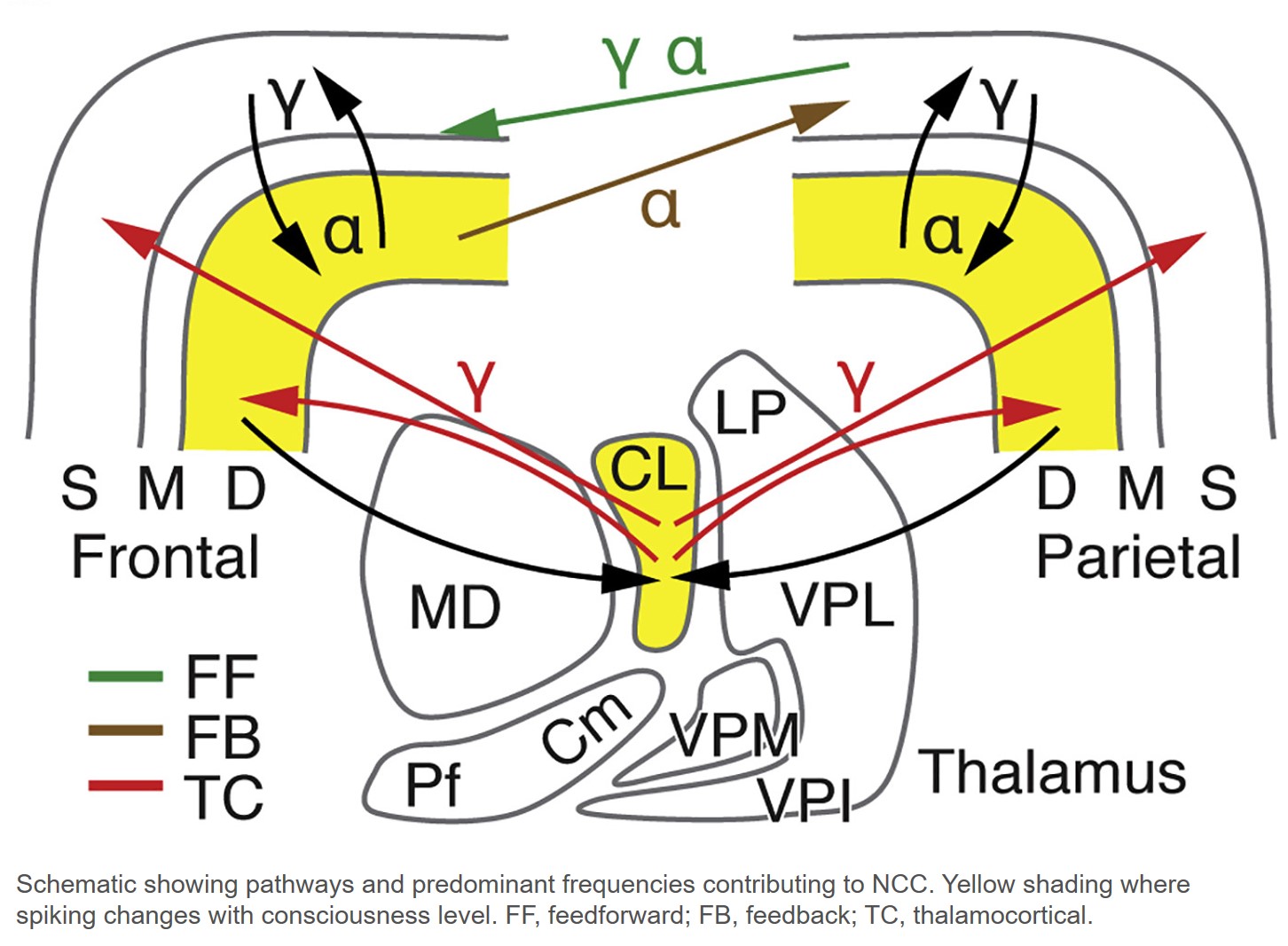 One of the central questions in neuroscience is clarifying where in the brain consciousness, which is the ability to experience internal and external sensations, arises. In the journal Neuron, researchers report that a specific area in the brain, the central lateral thalamus, appears to play a key role. In monkeys under anesthesia, stimulating this area was enough to wake the animals and elicit normal waking behaviors.

Previous studies, including EEG and fMRI studies in humans, had suggested that certain areas of the brain, including the parietal cortex and the thalamus, appear to be involved in consciousness. "We decided to go beyond the classical approach of recording from one area at a time," says senior author. "We recorded from multiple areas at the same time to see how the entire network behaves."

The investigators used macaques as their animal model. By studying awake, sleeping, and anesthetized animals, they were able to narrow down the region of the brain involved in consciousness to a much more specific area than other studies have done. They were also able to rule out some areas that had been proposed in previous neurocorrelative studies of consciousness. They ultimately focused on the central lateral thalamus, which is found deep in the forebrain.

Once the researchers pinpointed this area, they tested what happened when the central lateral thalamus was activated while the animals were under anesthesia, stimulating the region with a frequency of 50 Hz. "We found that when we stimulated this tiny little brain area, we could wake the animals up and reinstate all the neural activity that you'd normally see in the cortex during wakefulness," the author says. "They acted just as they would if they were awake. When we switched off the stimulation, the animals went straight back to being unconscious."

One test of wakefulness was their neural responses to oddball auditory stimulation--a series of beeps interspersed with other random sounds. The animals responded in the same way that awake animals would respond.

"Our electrodes have a very different design," the author says. "They are much more tailored to the shape of the structure in the brain we want to stimulate. They also more closely mimic the electrical activity that's seen in a healthy, normal system."

"The overriding motivation of this research is to help people with disorders of consciousness to live better lives," says first author. "We have to start by understanding the minimum mechanism that is necessary or sufficient for consciousness, so that the correct part of the brain can be targeted clinically."