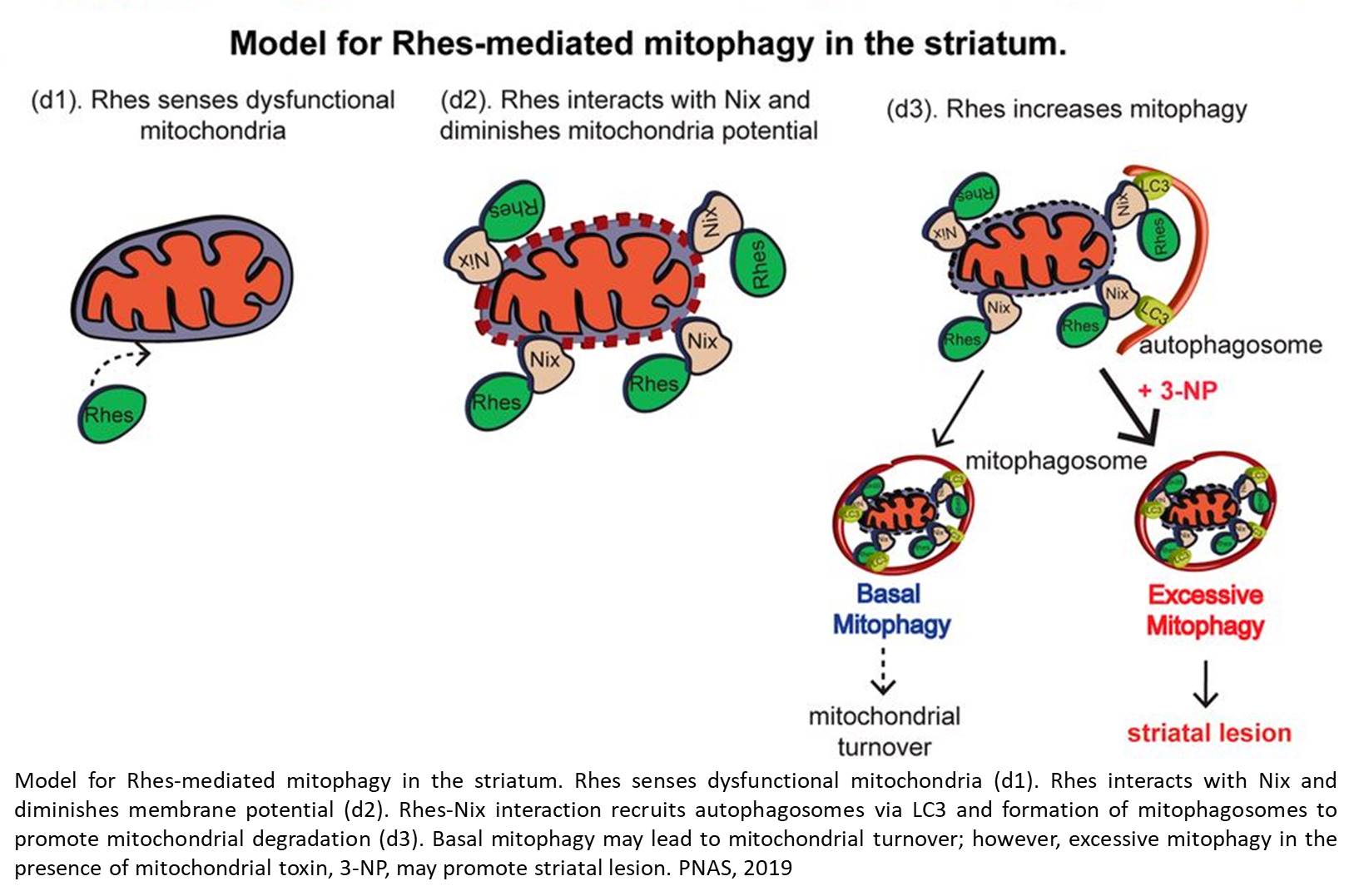 Parkinson’s, ALS and Huntington’s disease all share a curious feature: The genetic mutations underlying the diseases appear in all cells, yet only specific brain regions, or cell types, initially die from those mutations.

A new study published online in the journal PNAS offers a possible reason for such tissue-specific vulnerability in the case of Huntington’s disease. The discovery may offer clues to similarly isolated tissue vulnerability in other degenerative brain diseases, and may point to new therapeutic approaches.

The region of the brain associated with voluntary movement, called the striatum, is  under attack in Huntington’s disease. Huntington’s affects an estimated 1 in 10,000 people in the United States.  Its symptoms, including slowness, muscle jerks, loss of coordination, slurred speech and difficulty eating and swallowing, usually appear between ages 30 and 50. There is no treatment.

The disease, usually inherited, is caused by a toxic number of repeats of three nucleotides in one gene, called HTT, which encodes a protein called Huntingtin. But why does the Huntingtin mutation preferentially lead to the death of striatal cells but not other brain cells? The team looked at a normal process called mitophagy, which involves removal of damaged or unnecessary mitochondria on a regular basis. Mitochondria are organelles that convert sugar into usable chemical energy, and their number per cell fluctuates constantly. The process of their removal is not well-understood in all cell types.

The team discovered that in the striatum, a protein called Rhes forms a complex with another protein, Nix, to help maintain the optimal number of mitochondria. In healthy striatal cells, they found that Rhes conducts surveillance of the neurons’ mitochondria. In a model of Huntington’s, if Rhes detects damaged mitochondria, it moves quickly to recruit factors that engulf and dissolve the organelle. If too many mitochondria are wiped out, however, this leads to neuronal death, and thus a protective cellular mechanism transforms into predator.

“In normal conditions, all those parts are recycled. But in Huntington’s so many mitochondria are lost that the cell just dies,” the senior author says.

Rhes is disproportionately present in the striatum, so “this gives you a possible mechanism for selective vulnerability.” The author adds. “So the next question is, can we target this to prevent the excess removal?”

First author said they will look first at how Rhes recognizes damaged mitochondria.

“One of the interesting questions is how Rhes get the message or signal about bad mitochondria in the cell?” the first author said. “This may lead us to design the inhibitors to regulate the elimination of excessive mitochondria and cell damage in brain.” Rhes appears capable of spreading the pathology from cell to cell as well, the author adds.

The group previously showed that Rhes builds nanotube filaments between neurons. These tubes allow the transportation of cellular cargo between cells. It appears that in Huntington’s, these tubes accelerate the spread of the disease from one cell to another, the senior author says.

“We always thought of these cells as independent units. But here we have found these beautiful protrusions causing interactions among cells. This really changes our thinking of how brain cells interact.”

While Huntington’s affects the striatum, in Parkinson’s disease, another brain region, the substantia nigra, degenerates first. A next step for his group will be searching for players similar to Rhes that are uniquely overexpressed in that brain region.

“It is clear there are tissue specific proteins in other areas of the brain that may be promoting the vulnerability of those cells,” the senior author says.