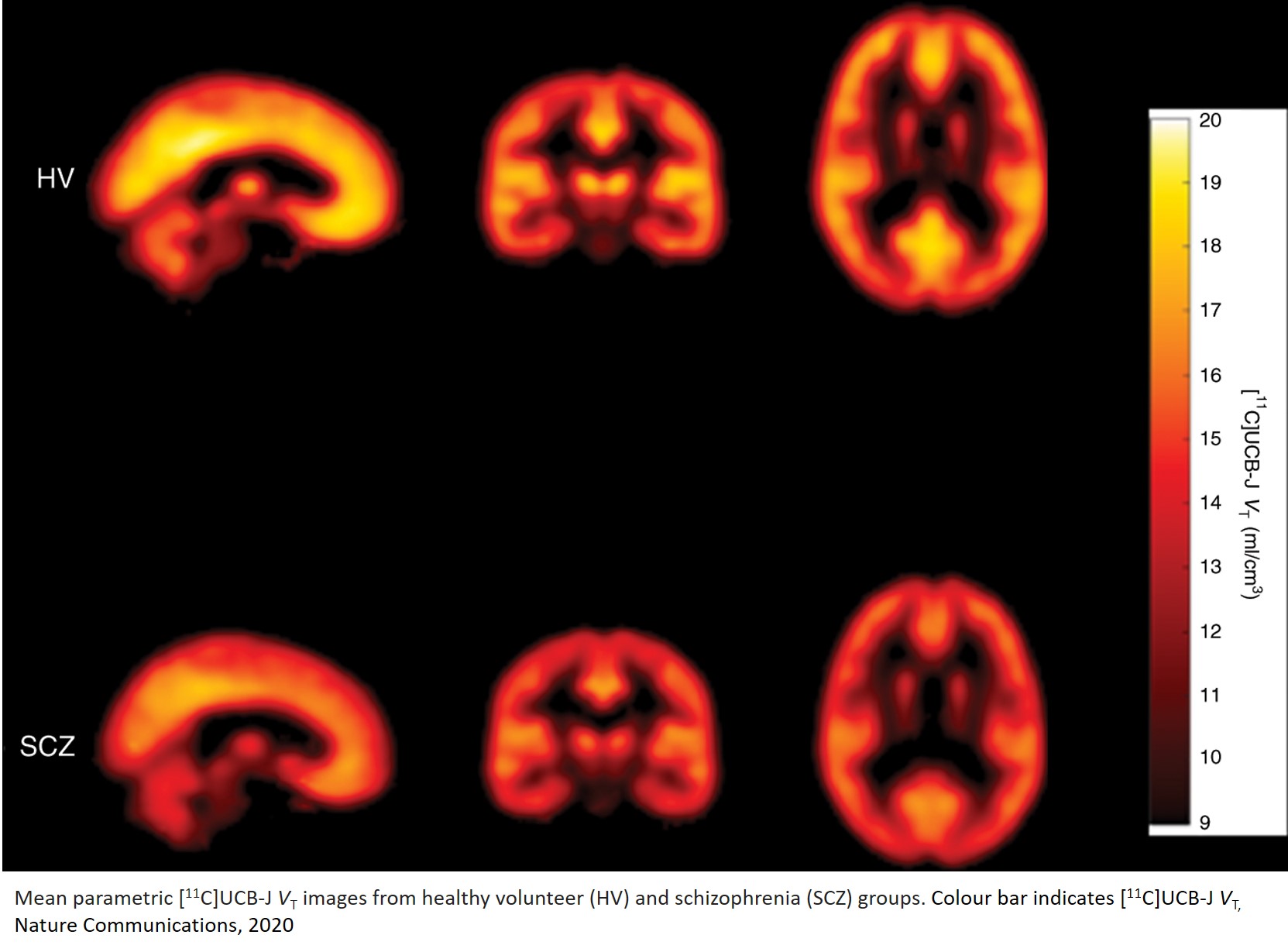 Advances in scanning have allowed researchers for the first time to show lower levels of a protein found in the connections between neurons in the living brains of people with schizophrenia.

The researchers, who conducted the scans say these changes could underlie the cognitive difficulties seen in schizophrenia and provide targets for research into new treatments.

It was first hypothesised in the early 1980s that schizophrenia was caused by dysfunctional synapses - where the nerve signals are transmitted between neurons in the brain. However, researchers had only been able to study this indirectly, such as in post mortem brains samples, or animal and cell models in the lab.

In this study, published in Nature Communications, the researchers detected this in living brains for the first time by utilising a tracer that emits a signal which can be picked up by a PET brain scan. After being injected, the tracer binds specifically to a protein found in synapses called SV2A (synaptic vesicle glycoprotein 2A), which has been shown in animal and post-mortem studies to be a good marker of the density of synaptic nerve endings in the brain.

They found that levels of the synaptic protein SV2A were lower in the front parts of the brain - regions of the brain involved in planning - in people with schizophrenia.

The senior author said: "Our current treatments for schizophrenia only target one aspect of the disease - the psychotic symptoms - but the debilitating cognitive symptoms, such as loss of abilities to plan and remember, often cause much more long-term disability and there's no treatment for them at the moment. Synaptic loss is thought to underlie these symptoms.

"Our lab at the MRC London Institute of Medical Sciences is one of the few places in the world with this new tracer, which means we've been able for the first time to show there are lower levels of a synaptic protein in people with schizophrenia. This suggests that loss of synapses could underlie the development of schizophrenia.

The people with schizophrenia who were scanned had all received antipsychotic medication, so the researchers wanted to exclude this as a factor in the synaptic dysfunction. They gave antipsychotic drugs, haloperidol and olanzapine, to rats for 28 days and found it had no effect on the levels of the protein SV2A.

The senior author said: "This is reassuring as it's suggesting that our antipsychotic treatments aren't leading to loss of brain connections.

"Next we hope to scan younger people in the very early stages to see how synaptic levels change during the development of the illness and whether these changes are established early on or develop over time."