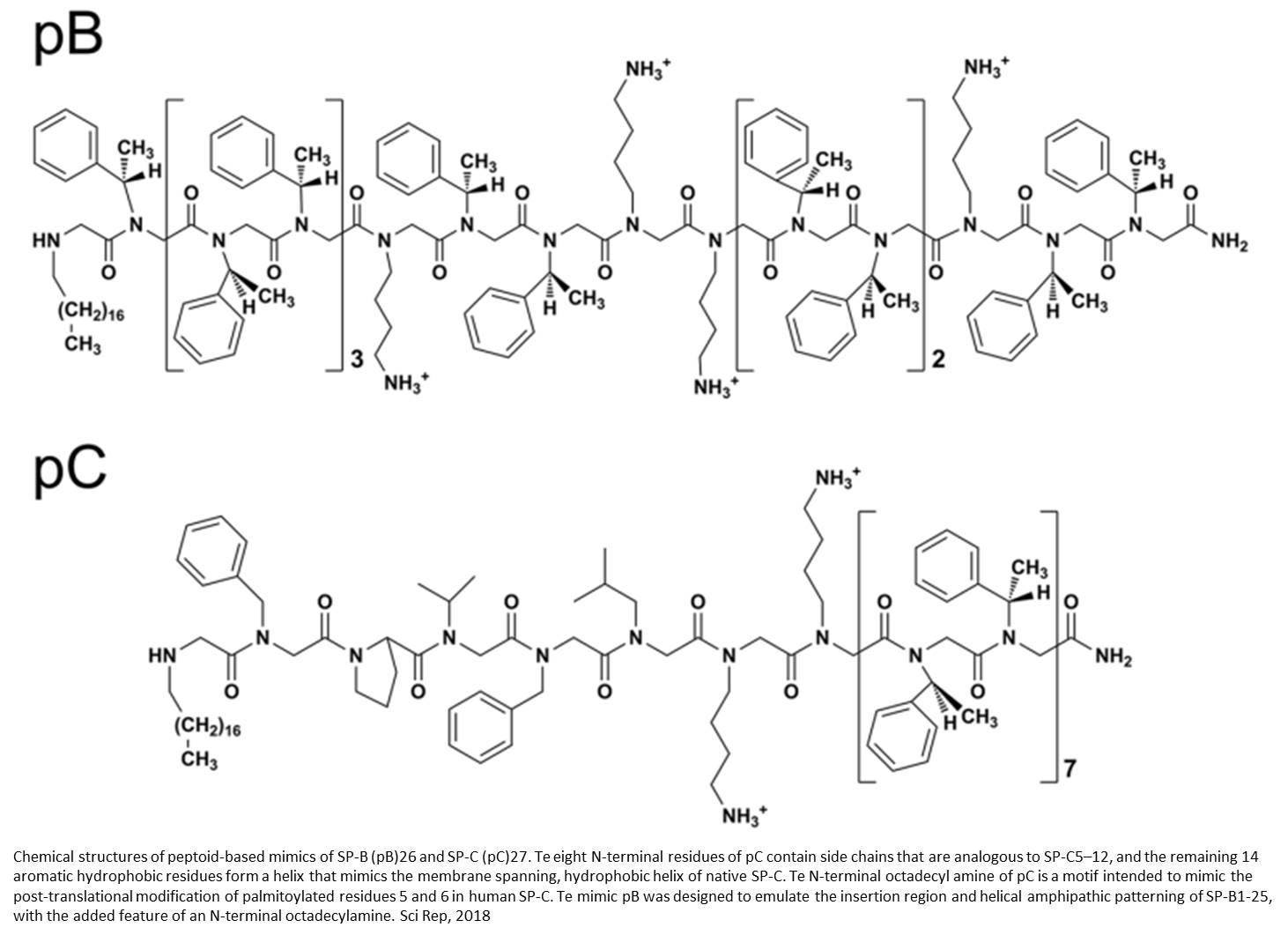 A Stanford University researcher has bioengineered an effective protein mimic that restored breathing capacity to the injured lungs of rats, according to a new study.

This synthetic product could lead to better, cheaper treatments for acute lung injury in humans. When used in the rats, it equaled or outperformed a costly animal-derived counterpart in several physiological measures, the study said.

A paper describing the research is published in Scientific Reports.

Imagine the force you'd need to blow up a balloon whose surface area nearly matched that of a tennis court. Imagine further that the balloon has a pocked, moist inner surface and is made of exquisitely delicate material. That balloon is your lungs, and every breath you take is a miracle. What makes it possible is a thin coating of a soaplike film, or surfactant, that lowers the tension of the lung's inner surface, radically reducing the amount of force required to inhale. Without this surfactant, you couldn't breathe.

"Lung surfactant is endowed with amazing biological properties," said the co-senior author. "The key to this is the presence, in the surfactant, of two special proteins whose structures uniquely enable them to cut surface tension." But those same amazing structural properties also make these proteins difficult to synthesize and purify, and relatively unstable in solution, limiting shelf-life and increasing price.

"One of them contains the most hydrophobic, or fat-resembling, stretch of chemical constituents of all known human proteins," senior author said. "It's really hard to work with because that fatty stretch makes it tend to clump up, ruining its activity."

Surfactant dysfunction can result from severe lung infections, including bacterial and viral pneumonia; lung-collapsing trauma from impacts, such as those that occur in a car accident; inhalation of water in near-drownings; or aspiration of foreign materials in a drug overdose.

Ironically, attempts to keep patients breathing via mechanical ventilators often cause a surfactant-depleting lung infection, co-senior author said. "People who wind up on ventilation in intensive-care units are intubated. A breathing tube is inserted into their nose and threaded down to their lungs," she said. "If that intubation lasts for more than three days, their chance of acquiring a lung infection rises to 100 percent." Even four hours spent on a ventilator spells a 1-in-6 chance of lung infection.

Until recently, the only way to obtain functional surfactant was to rinse it from the lungs of cattle, or chemically extract it from the lungs of pigs farmed for that purpose. "You get only a tiny amount per animal," co-senior author said. "And whatever you've collected, you have to purify very carefully, as the material is so fragile you can't treat it with high heat to kill microbial pathogens."

In recent years, a somewhat cheaper substitute has become available. It contains a water-based dispersion of fatty lipids along with short protein snippets that, to an extent, mimic the surface-tension-reducing capabilities of their natural counterparts, the surfactant proteins. While much better than nothing, this mixture is not quite as effective as animal-derived surfactant.

The designer polymers authors developed, called peptoids, have specific sequences and helical structures that mimic key bioactive portions of the two important proteins, surfactant proteins B and C, found in the lungs. The mimics, which are called pB and pC, resemble the proteins. But their component building blocks differ subtly from those of proteins in a way that makes them extremely resistant to breakdown by heat or naturally occurring bodily enzymes called proteases. In addition, they are much less inclined to aggregate into clumps and lose their bioactivity than their natural counterparts. They can be synthesized at one-quarter to one-third of the cost of obtaining the surfactant from animals or of the available synthetic version.

Most important, the rodent study indicated that a surfactant containing pC was superior to the animal-derived surfactant in oxygenating blood, which is the lungs' main purpose.

The trial pitted the two designer substances against the animal extract and against a control solution. The researchers administered different surfactant candidates to anesthetized rats whose lungs had been rinsed to rid them of their own natural surfactant, and then assessed several physiological outcomes at various time points. The solution containing pC was equal to or better than the animal surfactant in every outcome -- a "shocking result," according to the co-senior author.

"This opens up new frontiers," co-senior author said. "Our relatively simple synthetic mimic of a very complex material will have a much longer shelf life and can be made in large amounts at reasonable prices. Reasonable enough, we hope, that it may for the first time be possible to conduct a clinical trial in adults in intensive care units who've been intubated and who might benefit substantially from surfactant replacement. And it would, finally, also be available to premature babies in developing countries like Bolivia, where my father was born."