Targeting hemichannels in astrocytes to protect against stroke 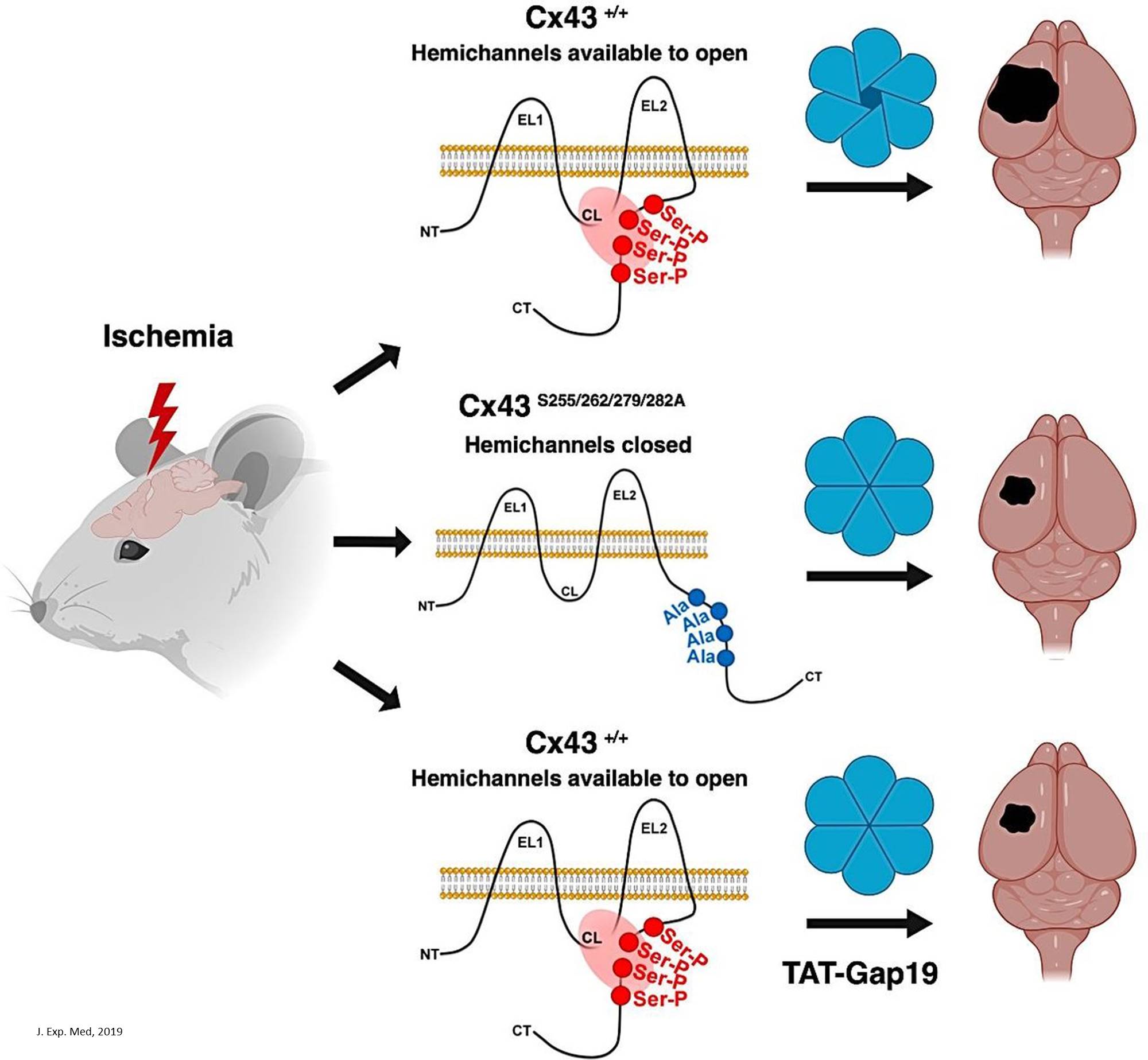 In a study published in the Journal of Experimental Medicine, researchers successfully used a new approach that significantly minimized brain damage caused by stroke in mouse models. The new approach works by targeting hemichannels--pathways that allow for the flow of chemical ions and small molecules--that are expressed by astrocytes, cells that play a protective role for neurons in the brain.

When stroke occurs, these hemichannels open and can leak toxic molecules into the space outside the astrocytes, causing inflammation and damage to neurons.

"Our study definitively confirms that hemichannels are detrimental in stroke, and that we can block them to minimize damage to the brain," said lead author. "It's a different approach to stroke treatment. A lot of previous research has focused on trying to protect neurons, but here we sought a way to enhance the astrocyte's ability to protect neurons in stroke."

The researchers focused specifically on ischemic strokes, which occur when the arteries to the brain become narrowed or blocked, resulting in severely reduced blood flow. Ischemic stroke is the most common type, accounting for about 80 per cent of all strokes, according to the Heart and Stroke Foundation of Canada.

For the study, the researchers used a genetic approach that mutated the channel proteins, called connexins, in such a way that blocks the formation of hemichannels. This allows the astrocytes to protect the neurons, significantly reducing the size of the stroke injury in the brain. The researchers also used a molecule called Gap19 to block the hemichannels, in the same stroke model, which also resulted in smaller stroke damage. Together, the two approaches demonstrate that connexin hemichannel blockers could be used as a neuroprotective agent in stroke.

The researchers also attempted to mimic "real life" stroke conditions in the study, waiting two hours after the stroke occurred before administering the drug.

"It was important for us that we used a clinically realistic treatment window, especially if we were testing a drug that could potentially be used for treatment one day," said the study's senior author. "For the average person who has a stroke, two hours could easily elapse by the time paramedics arrive and the patient is taken to hospital and starts receiving treatment. This sets the stage for a combined approach where one could not only directly treat neurons in stroke, but could also enhance the astrocytes' ability to protect neurons under stroke conditions."

The researchers believe the approach could also have potential use for treating other neurodegenerative conditions such as traumatic brain injury and Alzheimer's disease. Breakthrough in the early diagnosis of preeclampsia