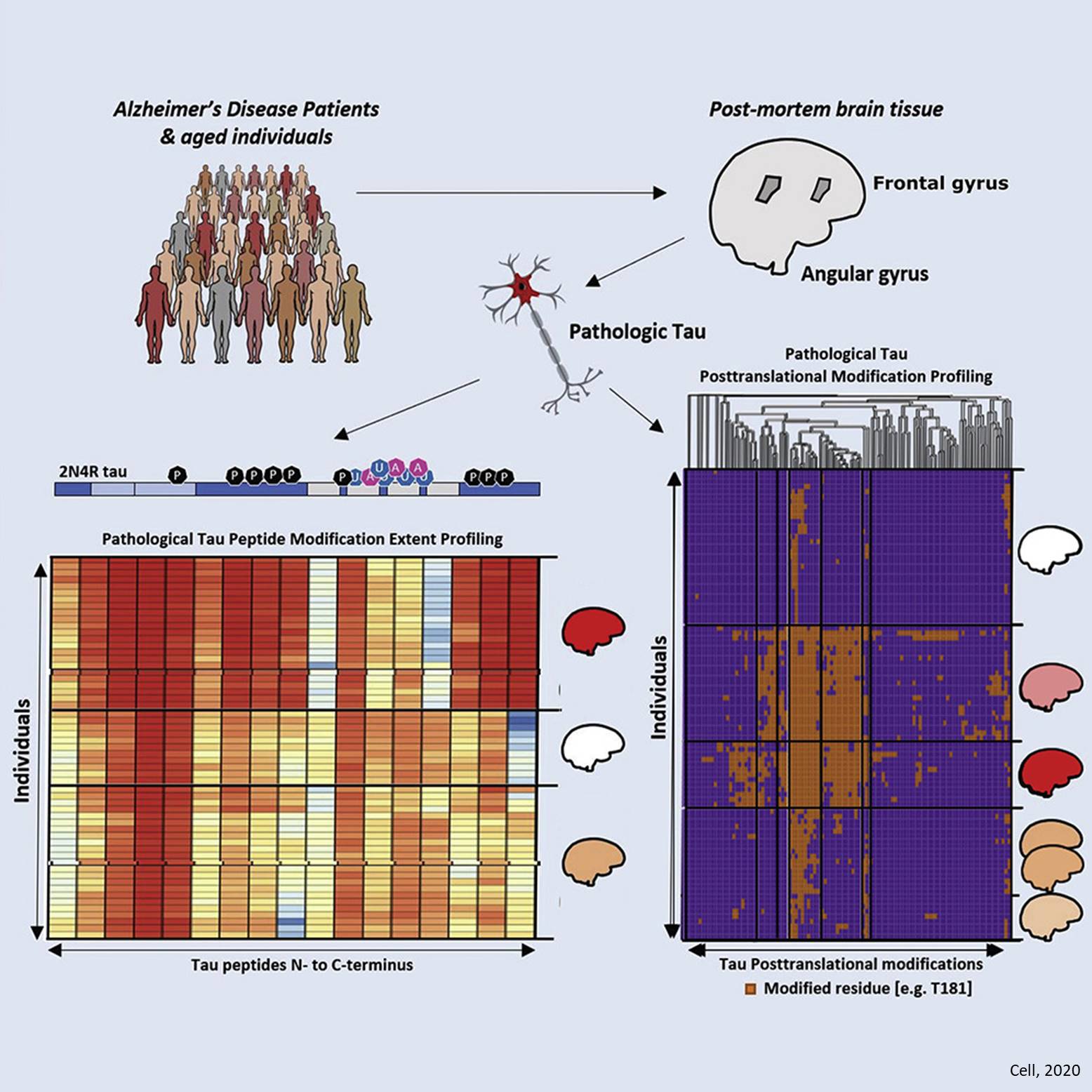 Research into Alzheimer's disease has long focused on understanding the role of two key proteins, beta amyloid and the tau protein. Found in tangles in patients' brain tissue, a pathological form of the tau protein contributes to propagating the disease in the brain.

A new research shows for the first time that this pathological tau protein changes its forms over time, which could mean it will take multiple drugs to target it effectively.

For years, pharmaceutical companies have largely focused with very limited success on developing Alzheimer's drugs against beta amyloid. More recently, drug discovery has shifted to drugs against tau. This new tau discovery may help prevent the same fate for drugs now in development against tau because it shows that the protein may present with one set of targets at early stages, with other targets at later stages in the disease process.

"The tau protein in Alzheimer's disease looks different at every stage," says lead investigator. "We discovered that tau undergoes a series of chemical modifications in a stepwise process that correlates with disease severity. This suggests that we need to have different diagnostics and treatments for every stage of disease." The research is published in a paper in Cell.

The lab team looked at tau aggregates in tissues of two areas of the human brain, the frontal gyrus and the angular gyrus, from 49 patients with AD and 42 age-matched individuals without known Alzheimer's or dementia. They found that the chemistry of the tau protein changed in Alzheimer's patients. The tau had several modifications not found on normal tau, known as post-translational chemical modifications or PTMs. The specific chemically modified forms of tau correlated with dementia stage.

As we age, tau tangles accumulate in our brains, even if we don't develop dementia. "But these aggregates are not as abundant and don't look like the tau aggregates in patients who have severe Alzheimer's disease," says the author and believes that tau undergoes chemical changes after it's first made in the body. Their team revealed 95 PTMs of the tau protein; about one-third of them were not described before.

"Chemical processing by a variety of enzymes introduces modifications to the original tau protein," says the author. Examples included addition of phosphate, methyl, acetyl, and ubiquitin groups, and others. The first step of disease appears to start with adding phosphate, with other changes following in a step-wise process. "We were able to see precisely what those modifications were, the extent of the changes, and we also could map it to a precise area of the tau protein," the author says.

The team's discovery has immediate implications for the future of Alzheimer's treatment. "It is likely that to successfully target tau protein with an antibody or small molecule, you may need more than one to clear it," explains the author. "Early intervention may need different therapeutics compared with late stage Alzheimer's because of the distinct PTM profiles associated with each stage of disease."

The team is hopeful that exploring some these crucial chemical modifications may help explain how Alzheimer's develops and progresses as well as further reveal the chemistry of the tau protein in its earliest stages.

Key to the study was use of a novel mass spectrometry technique developed within the lab to measure proteins. Called FLEXITau, and first described in a paper in 2016, it can sequence and quantify tau's makeup with unprecedented accuracy. FLEXITau utilizes biochemistry, mass spectrometry and data analysis to provide information on chemical modifications of tau in brain tissue.

The lab leveraged the platform to study brain tissues collected by NIH-funded brain banks from patients with neurodegenerative diseases, using it to analyze thousands of proteins from these tissues.

The FLEXITau approach provides a deeper understanding of tau pathology that the team believes may lead to novel therapeutics. It may also be useful for developing better diagnostic tools to identify biomarkers of Alzheimer's and other tau-associated diseases.