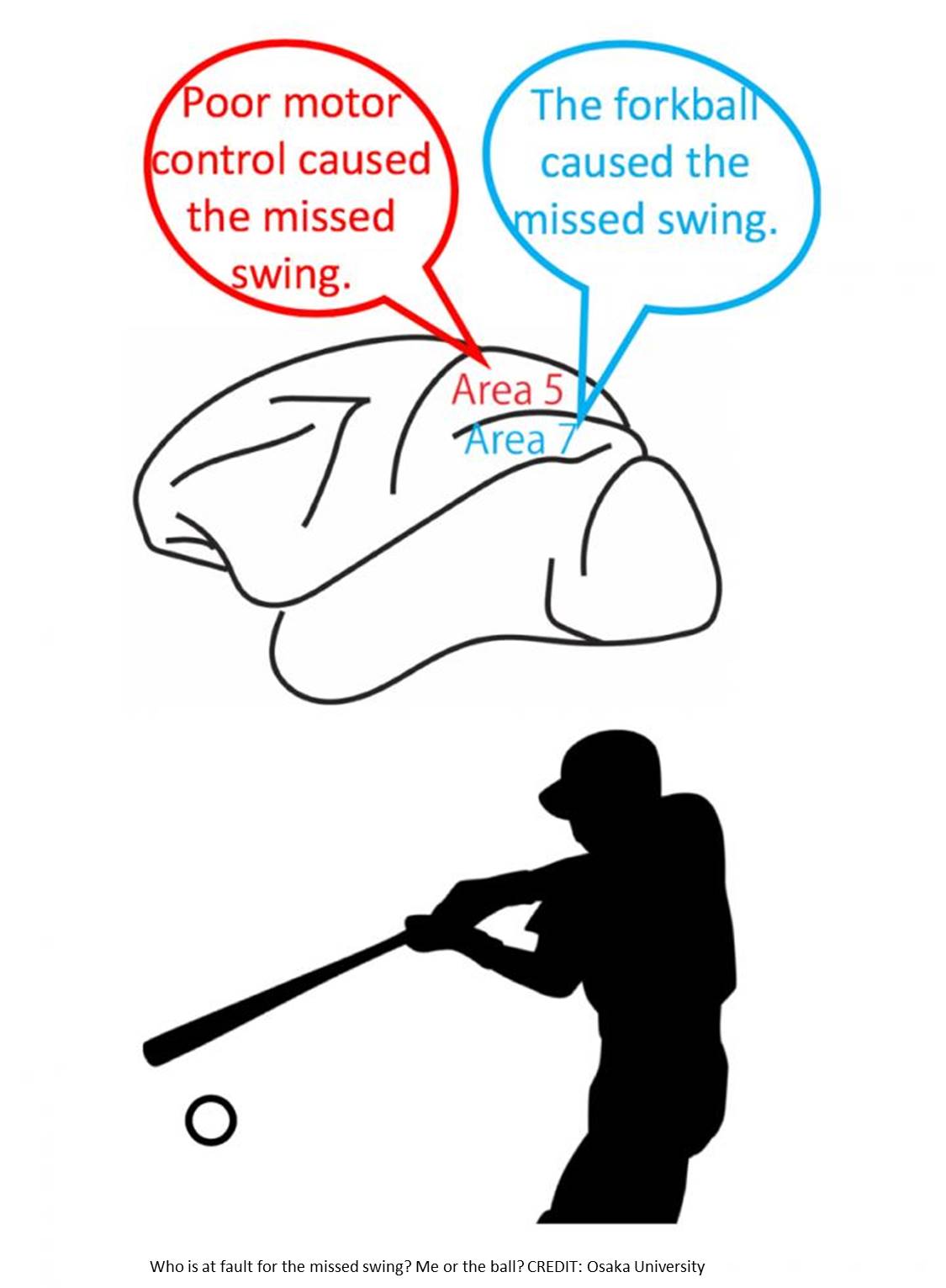 Practice is necessary to improve motor skills. Even if one performs poorly at first, one's athletic performance improves through repeated exercise due to the reduction of motor errors as the brain learns.

For example, if you swung a bat aiming at a ball coming straight to the middle of the strike zone and missed your swing 10 cm over the ball, the missed swing was caused by your motor error. So, the connection between your intention and your movement control needs to be adjusted downward.

On the other hand, if you missed the ball because it suddenly moved downwards 10 cm below the center of the strike zone after going through the center, the missed swing was caused by unexpected movement of the target. So, when it comes to these target errors, it would be better to learn using a system to predict the target's move instead of changing the connection between intention and movement control.

Using the monkey parietal lobe, two researchers examined (1) brain regions to detect motor and target errors, and (2) whether error signals from these regions were really used for learning. Their research results were published in Current Biology.

They found that the parietal lob of the cerebral cortex, the region in which signals of visual, acoustic, and somatic sensations are perceived, distinguished the causes of motor errors in arm reaching movements and provided signals to compensate for these errors. They also revealed that Brodmann area 5 detected self-generated motor errors and provided signals for adaptation and that Brodmann area 7 detected target errors caused by target movements and provided error signals for adaptation.

This study verified that the brain does not automatically detect the discrepancy between the hand and target positions, i.e., error, but the brain distinguishes motor error from target error and performs adaptation using the two distinctive systems.