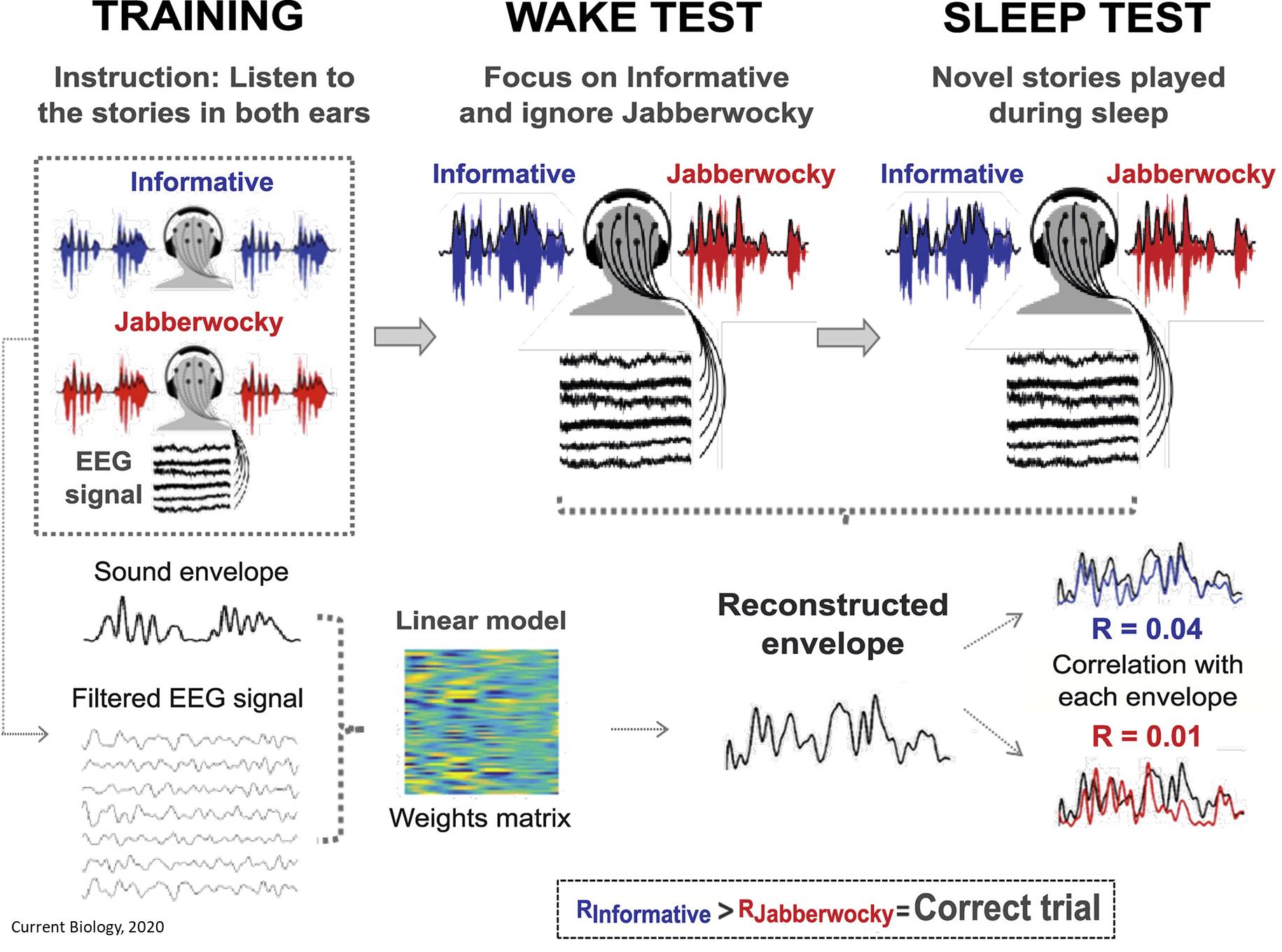 Scientists have shown that the brain suppresses information from the outside world, such as the sound of a conversation, during the sleep phase linked to dreaming. This ability could be one of the protective mechanisms of dreams. The study is published in Current Biology.

While we dream, we invent worlds that bear no relation to the quietness of our bedroom. In fact, it is rather unusual for elements of our immediate environment to be incorporated into our dreams. To better understand how the brain protects itself from outside influences, researchers invited 18 participants to a morning nap in the lab. Morning sleep is rich in dreams. Dreams mostly occur during what is known as REM sleep, since the brain is somehow in a waking state during this phase of sleep, showing brain activity similar to that when a person is awake. The body, on the other hand, is paralysed, although not entirely. During certain phases of REM sleep, the eyes continue to move. Research has shown that such movements are related to dreaming.

To study how the dreaming brain interacts with external sounds, the scientists got volunteer sleepers to listen to stories in French mixed with meaningless language. By combining the electroencephalogram with a machine learning technique, they confirmed that, even when the brain is asleep, it continues to record everything that goes on around it.

They also showed that, during light sleep, the brain prioritises meaningful speech, just as it does when in the waking state. However, such speech is actively filtered out during eye movement phases in REM sleep. In other words, our sleeping brain can select information from the outside world and flexibly amplify or suppress it, depending on whether or not it is immersed in a dream!

The team believe that this mechanism enables the brain to protect the dreaming phase, which is necessary for emotional balance and consolidation of the day's learning. Although dreams are predominant during periods of eye movement, they can also occur during other phases of sleep. Are they then accompanied by a similar suppression of sensations from the outside world?