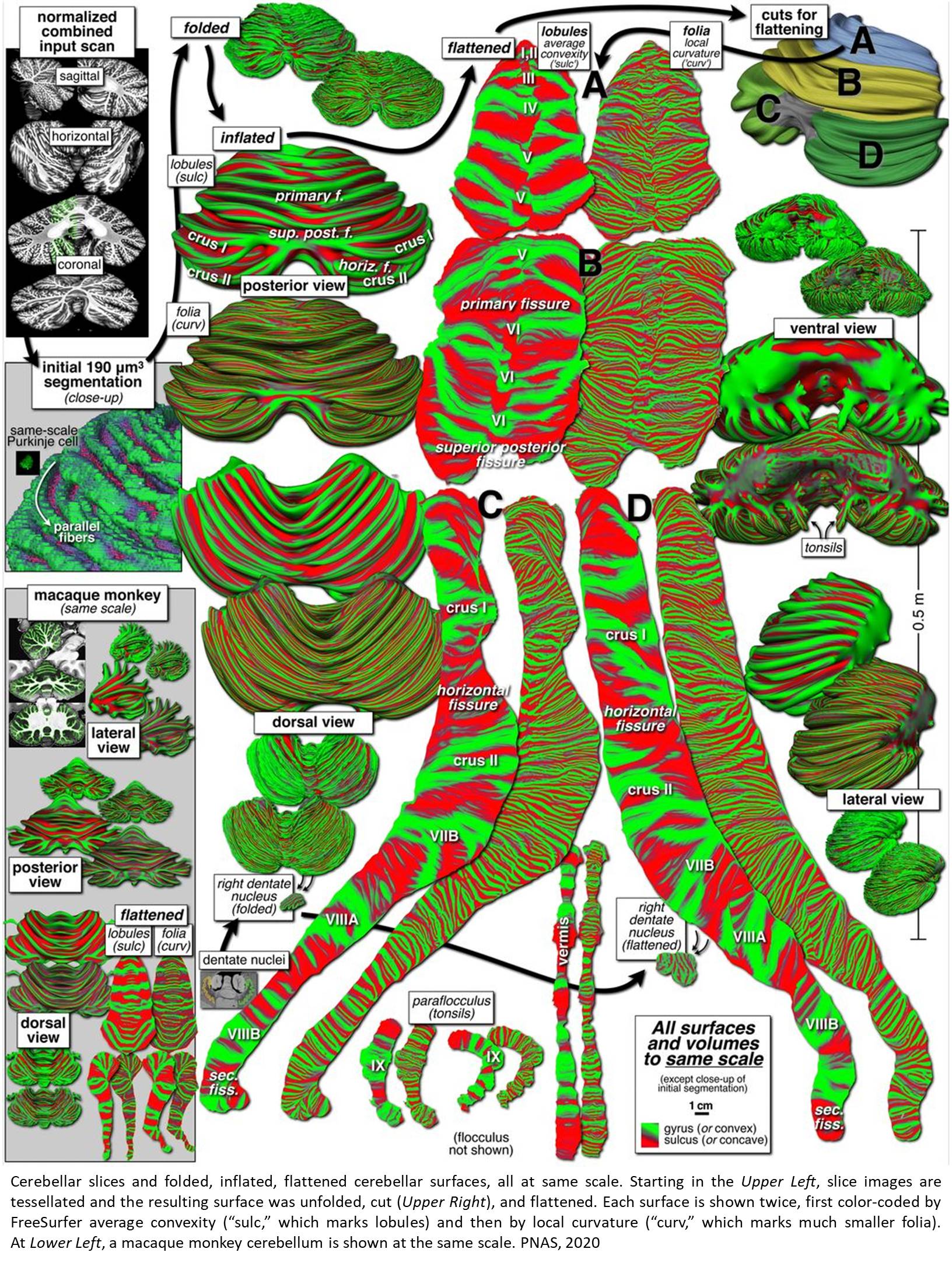 When we say someone has a quick mind, it may be in part thanks to our expanded cerebellum that distinguishes human brains from those of macaque monkeys, for example.

Sometimes referred to by its Latin translation as the '"little brain"', the cerebellum is located close to the brainstem and sits under the cortex in the hindbrain. New research, however, calls the "little" terminology into question.

The cerebellum plays a versatile role, contributing to our five senses as well as pain, movements, thought, and emotion.

By using an ultra-high-field 9.4 Tesla MRI machine to scan the brain and custom software to process the resulting images, an neuroimaging expert discovered the tightly packed folds actually contain a surface area equal to 80% of the cerebral cortex's surface area. In comparison, the macaque's cerebellum is about 30% the size of its cortex.

"The fact that it has such a large surface area speaks to the evolution of distinctively human behaviors and cognition," said the senior author. "It has expanded so much that the folding patterns are very complex."
Collaborating with imaging and cerebellum experts the authors  used customized open source FreeSurfer software to computationally reconstruct the folded surface of the cerebellum. The software also unfolds and flattens the cerebellar cortex so as to visualize it to the level of each individual folia -- or thin leaf like fold.

A pioneer in brain imaging who has leveraged functional MRI to uncover visual maps in the brain, the author found that when the cerebellum is completely unfolded, it forms a strange "crepe" four inches wide by three feet long. The findings were published this week in a study in PNAS (Proceedings of the National Academy of Sciences).

"Until now we only had crude models of what it looked like," the author said. "We now have a complete map or surface representation of the cerebellum, much like cities, counties, and states."
Previous research discovered that while there were many similarities between the cortex and the cerebellum, there was one key difference. In the cerebral cortex, regions representing different parts of the body are arranged roughly like they are in the actual body: juxtaposed and orderly. But in the cerebellum, they were placed more randomly.

"You get a little chunk of the lip, next to a chunk of the shoulder or face, like jumbled puzzle pieces," the author explained.

It is intriguing to think that there might be analogs of '"fractured somatotopy"' in the cognitive parts of the cerebellum that could help support highly complex, sophisticated cognitive functions, such as language or abstract reasoning, the author said.

"When you think of the cognition required to write a scientific paper or explain a concept, you have to pull in information from many different sources. And that's just how the cerebellum is set up."

Until now, the cerebellum was thought to be involved mainly in basic functions like movement, but its expansion over time and its new inputs from cortical areas involved in cognition suggest that it can also process advanced concepts like mathematical equations.

"Now that we have the first high resolution base map of the human cerebellum, there are many possibilities for researchers to start filling in what is certain to be a complex quilt of inputs, from many different parts of the cerebral cortex in more detail than ever before," the author said.

For instance, there is some recent evidence that people who suffer cerebellum damage have difficulty processing emotion.

"The 'little brain' is quite the jack of all trades," the author said. "Mapping the cerebellum will be an interesting new frontier for the next decade."