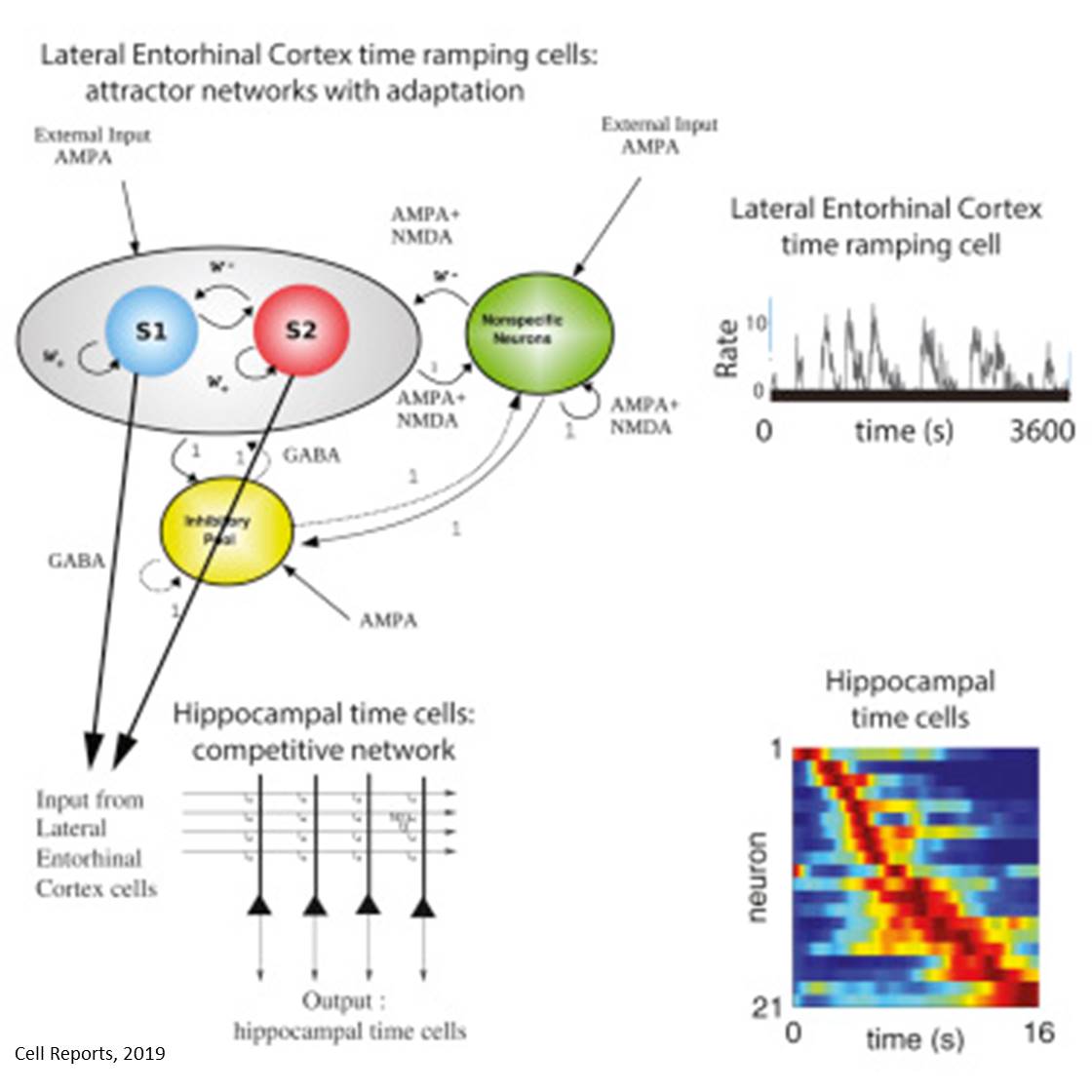 The new research published in the journal 'Cell Reports' that an input region to the hippocampus - the lateral entorhinal cortex (LEC) - has time ramping cells that slowly change their rates of activity over hundreds of seconds; and on the discovery that hippocampal time cells fire at separate times in a sequence.

In the new research a theory and model was developed of how entorhinal time ramping cells produce hippocampal time cells which can be associated with places and people to help remember the sequence in which the people and places occurred during the remembered episode.

The theory demonstrates how we can remember what happened to us during the day in the correct order, and how we can provide an eye witness memory for a series of events.

The researchers show how the transformation of the code of the memory between the two brain areas - the LEC and the hippocampus - is achieved by a well-known type of neural network present in the brain, a competitive network.

The competitive network learns to allocate hippocampal neurons to respond to different combinations of the firing of the time ramping cells, and thus a temporal sequence can be formed.

The theory also accounts for the slow activity changes in time ramping cells by adaptation mechanisms, and shows how spontaneous memory recall can occur with the correct order of items in the memory.

Understanding the brain's memory and related mechanisms is helping not only to understand disorders of memory, but also is providing new approaches to understanding and treating mental disorders including depression and schizophrenia.