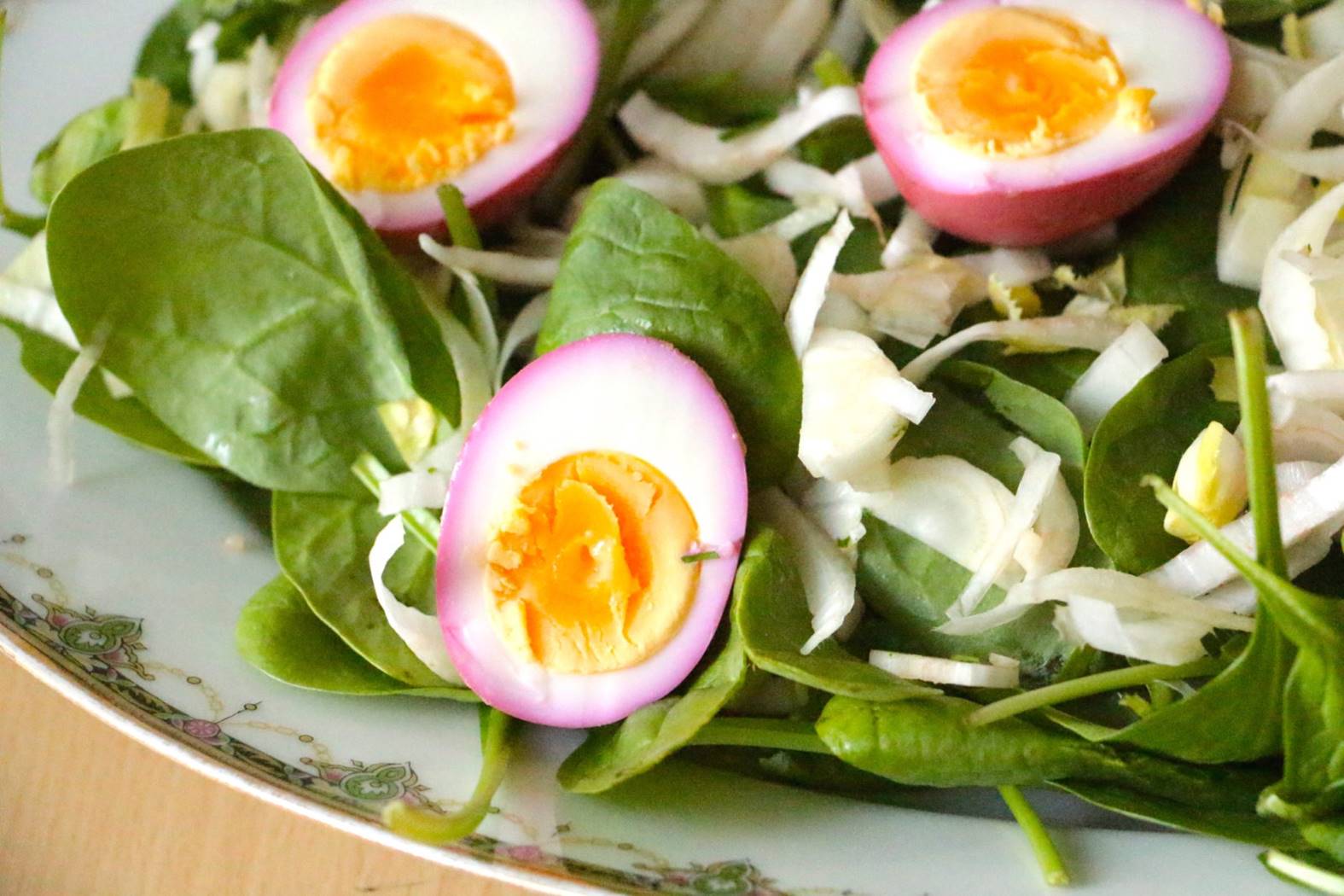 A research team found that adding whole eggs to a colorful salad boosts the amount of Vitamin E the body absorbs from the vegetables. The results are published in The Journal of Nutrition.

"We found Vitamin E absorption was 4- to 7-fold higher when three whole eggs were added to a salad. This study is novel because we measured the absorption of Vitamin E from real foods, rather than supplements, which contain mega-dose amounts of Vitamin E" said the study author.

Vitamin E, which is absorbed along with dietary fats, is often found in oils, seeds and nuts. Eggs, a nutrient-rich food containing essential amino acids, unsaturated fatty acids and B vitamins, also contain a small amount of Vitamin E. This study accounted for how much total Vitamin E was absorbed when Vitamin E containing foods were co-consumed with whole eggs.

This research supports a way to increase the absorption of Vitamin E found in foods that contain low dietary fat. Also, this research highlights how one food can improve the nutrition value of another food when they are consumed together. The findings are published in The Journal of Nutrition.

This research is an extension of a previous study showing that by adding eggs to a salad there was an overall increased absorption of the vegetables' carotenoids. Both studies had 16 participants consume a raw mixed-vegetable salad with no eggs, a salad with one and a half eggs, and a salad with three eggs, 0 grams, 75 grams and 150 grams of eggs, respectively.

All salads were served with three grams of canola oil, and the eggs were served scrambled to ensure the whole egg was consumed. In the 2015 study, the absorption of carotenoids - including alpha-carotene, beta-carotene, lutein, zeaxanthin and lycopene - was 3- to 8-fold higher when the salad included three eggs compared to no eggs.

Previous research conducted also has shown that more carotenoids are absorbed when one larger salad is consumed at a meal, compared to smaller salads consumed at two meals during the day.