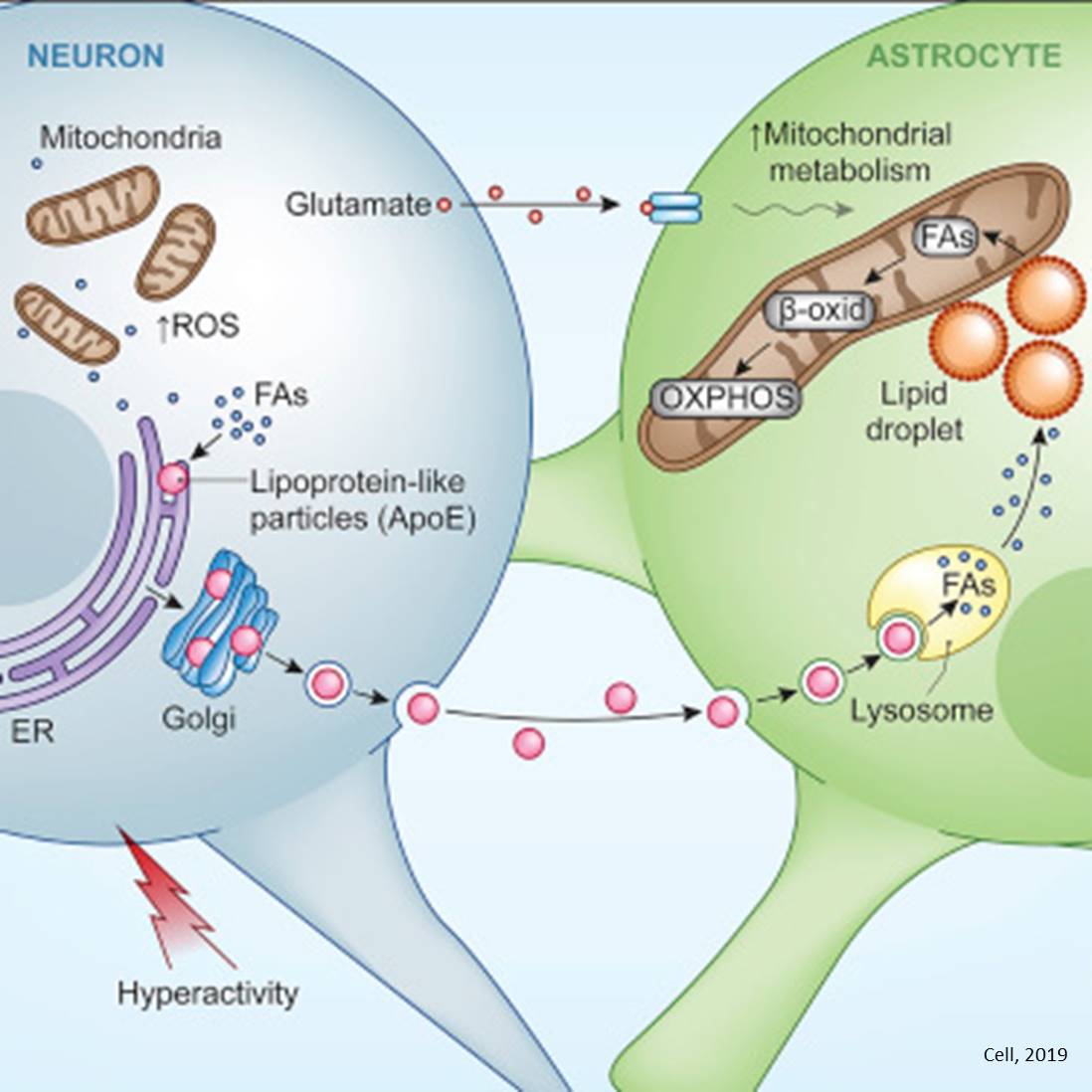 The brain cells collect damaged lipids secreted by hyperactive neurons, then recycle those toxic molecules into energy, researchers report in the journal Cell. It's a mechanism to protect neurons from the damaging side effects of overactivity. And it's another important role for astrocytes, which support neurons in various ways.

When a neuron fires fast and furious, lipid molecules in the cell get damaged and can become toxic. While most kinds of cells sequester excess fatty acids away or feed them to mitochondria to prevent buildup, neurons don't seem to rely on those tricks.

Instead, "neurons unload some of the burden to astrocytes," says study co- senior author. "For a long time, people have suspected there was some mechanism like this. The new work shows how this process actually happens."

But stimulating mouse neurons in a dish led to the buildup of fatty acids and, eventually, lipid particle release, the team showed. Then, nearby astrocytes engulfed the particles and amped up the activity of genes involved in energy production and detoxification.

Astrocytes feed neurons' off-loaded damaged lipids to their own mitochondria, converting waste into energy, the co-senior author concluded. Tests in mice showed a similar response. After a lesion to the brain that mimics a stroke - a huge stress to neurons - neurons increased production of proteins involved in transporting fatty acids out of the cell, and fatty acids built up in astrocytes.

This pathway for clearing toxic molecules from neurons might be damaged in Alzheimer's patients, the co-author proposes, though that hasn't been thoroughly investigated. A next step, is to examine what's different about this mechanism in cell culture and rodent models of Alzheimer's disease. Why do people respond differently to the same drug?