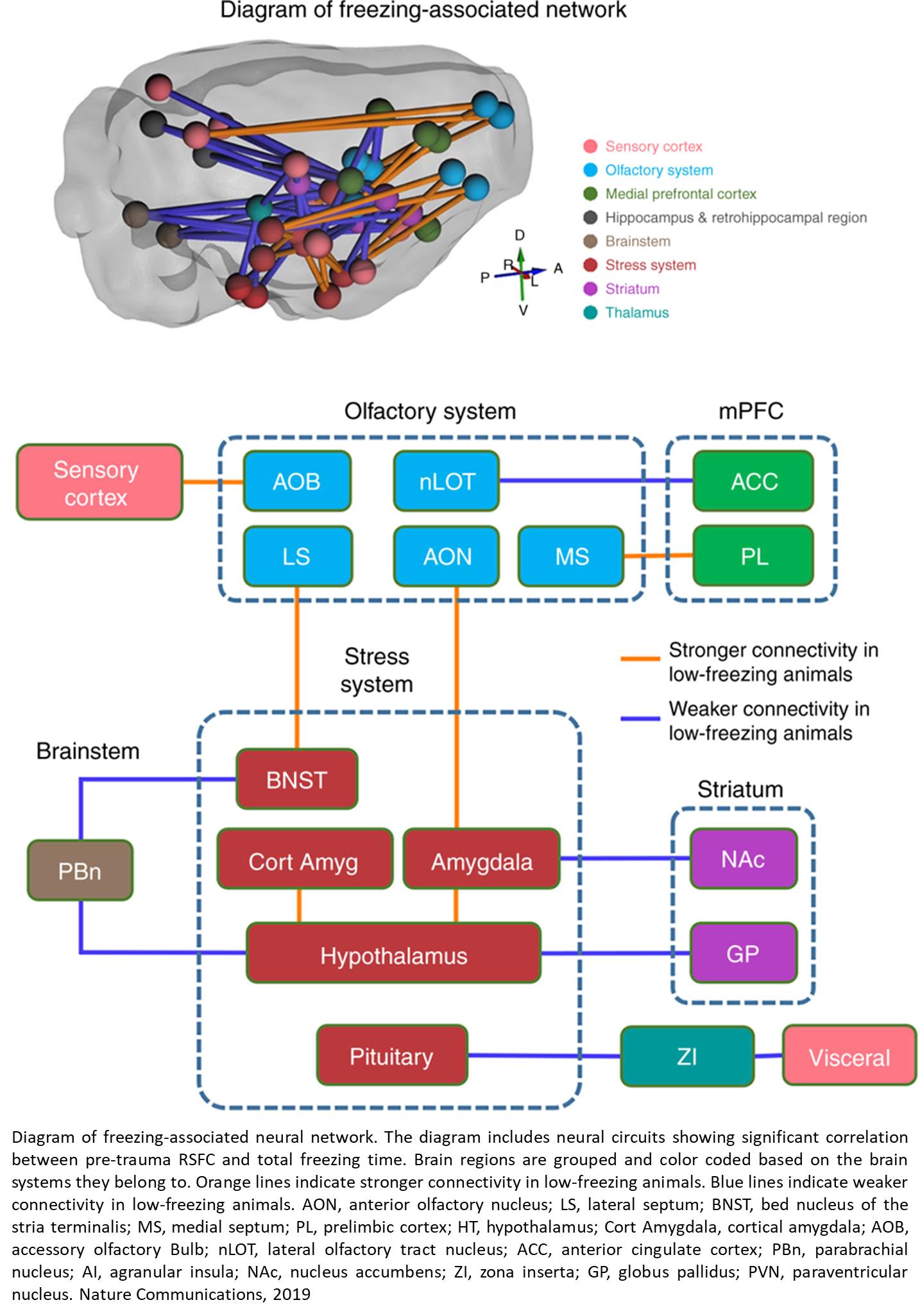 A team of researchers is attempting to answer a question that has long puzzled experts: Why do some individuals suffer post-traumatic stress disorder (PTSD) after experiencing trauma, and others do not? The research explores whether individual vulnerability to PTSD is due to pre-existing conditions or to a response to trauma exposure.

The team used the predator scent model of PTSD in rats and longitudinal design, which involves repeated observations of the same subject over a period of time. Using this methodology, they measured pre-trauma, brain-wide, neural circuit functional connectivity; behavioral responses to trauma exposure; release of corticosterone, a steroidal hormone produced in the cortex of adrenal glands; and post-trauma anxiety.

"The data we gathered provides a framework of pre-existing circuit function in the brain that determines threat responses," the senior author said. "This may directly relate to PTSD-like behaviors."

Such a framework has a variety of potential benefits for further research into PTSD prevention and treatment.

"This research can help us understand core components of the vulnerability to stress-induced neuropsychiatric disorders," the senior author said. "These components can potentially serve as indicators to not only predict risk for developing anxiety disorders like PTSD but also assist in evaluating different stages of PTSD and possible recovery."

"The outcomes of the research can potentially be translated to human studies," the senior author said. "For instance, a biomarker predicting a vulnerability to stress-induced disorders will help determine the risk of assigning an individual to a highly stressful environment, such as combat."

One interesting aside in the study was a counterintuitive finding. Rats with lower freezing behavior showed more avoidance of the predator scent, a prolonged corticosterone response, and higher anxiety long after exposure to the scent.

"It is very likely that they froze less as they adopted different reactions to threats, such as fleeing," the senior author said.

The next steps for the research team include identifying neuroimaging biomarkers that can predict an individual's response to threats and developing a process for determining the probability an individual will develop PTSD-like behaviors when exposed to trauma. The team will also explore methods to protect animals with high-risk factors from developing PTSD-like behaviors, such as through optogenetics, which is the use of light to control the activities of individual neurons in freely moving animals.