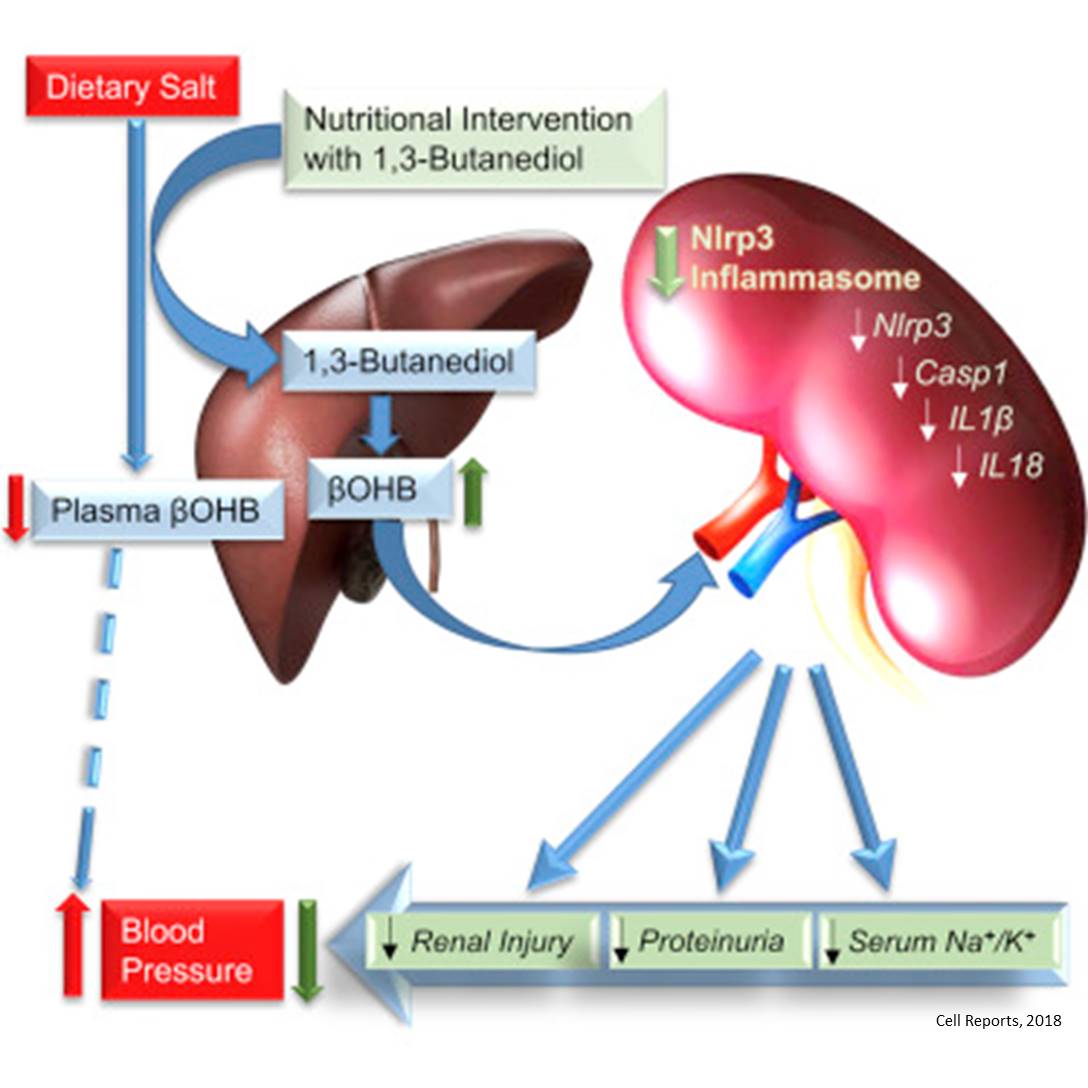 Couch potatoes rejoice -- there might be a way to get the blood pressure lowering benefits of exercise in pill form.

Hypertension researchers have shown that by increasing the body's supply of beta hydroxybutyrate, a chemical produced predominantly by the liver, it is possible to regulate high blood pressure without reducing sodium intake or increasing exercise.

"Our team found that high salt consumption lowered levels of circulating beta hydroxybutyrate. When we put beta hydroxybutyrate back in the system, normal blood pressure is restored," said the senior author. "We have an opportunity to control salt-sensitive hypertension without exercising." The team's findings were published in the journal Cell Reports.

Beta hydroxybutyrate is a ketone body produced in the liver from the metabolism of fatty acids. It had not been previously explored as a method for controlling blood pressure, but the researchers noted a number of intriguing connections between how the body produces beta hydroxybutyrate and environmental factors known to raise or lower blood pressure.

"As we searched through the literature we saw beta hydroxybutyrate has been observed increasing with exercise or calorie restriction. Both of those activities also reduce blood pressure. The key piece of our discovery is we now know that beta hydroxybutyrate decreases with salt consumption. This is a novel mechanism by which salt is tied to an increase in blood pressure," said the paper's lead author.

To test its hypothesis, the team led developed a study in which they fed lab rats a chemical called 1,3-butanediol.

When that supplement reaches the liver, enzymes convert it to beta hydroxybutyrate. From there, it goes to the kidney where it was shown to reduce inflammation commonly associated with hypertension -- and significantly decrease blood pressure in the process.

"By fixing the kidney it is indirectly contributing to the lowering of blood pressure. There could be many other organs that it is impacting," the senior author said. "We are studying the heart, blood vessels, brain and other organ systems. But this paper says that this molecule, predominately made in the liver, goes to the kidney, fixes kidney damage and controls your blood pressure."

The senior author noted that controlling function of the liver to regulate blood pressure is a new concept for researchers.

The lab next want to compare the level of beta hydroxybutyrate in hypertensive patients against those without high blood pressure. Further studies also will determine how much 1,3-butanediol is needed to modulate blood pressure and whether it might cause any potential damage to other organs.

Once the team collects that data, the researchers hope to secure funding for a clinical trial.

While lowering blood pressure without hitting the gym might sound appealing to those averse to breaking a sweat, it also could prove beneficial to those who aren't able to exercise.

"There are certain patients who are not able to exercise for various reasons. This could prove to be a legitimate alternative for those individuals," the lead author said.