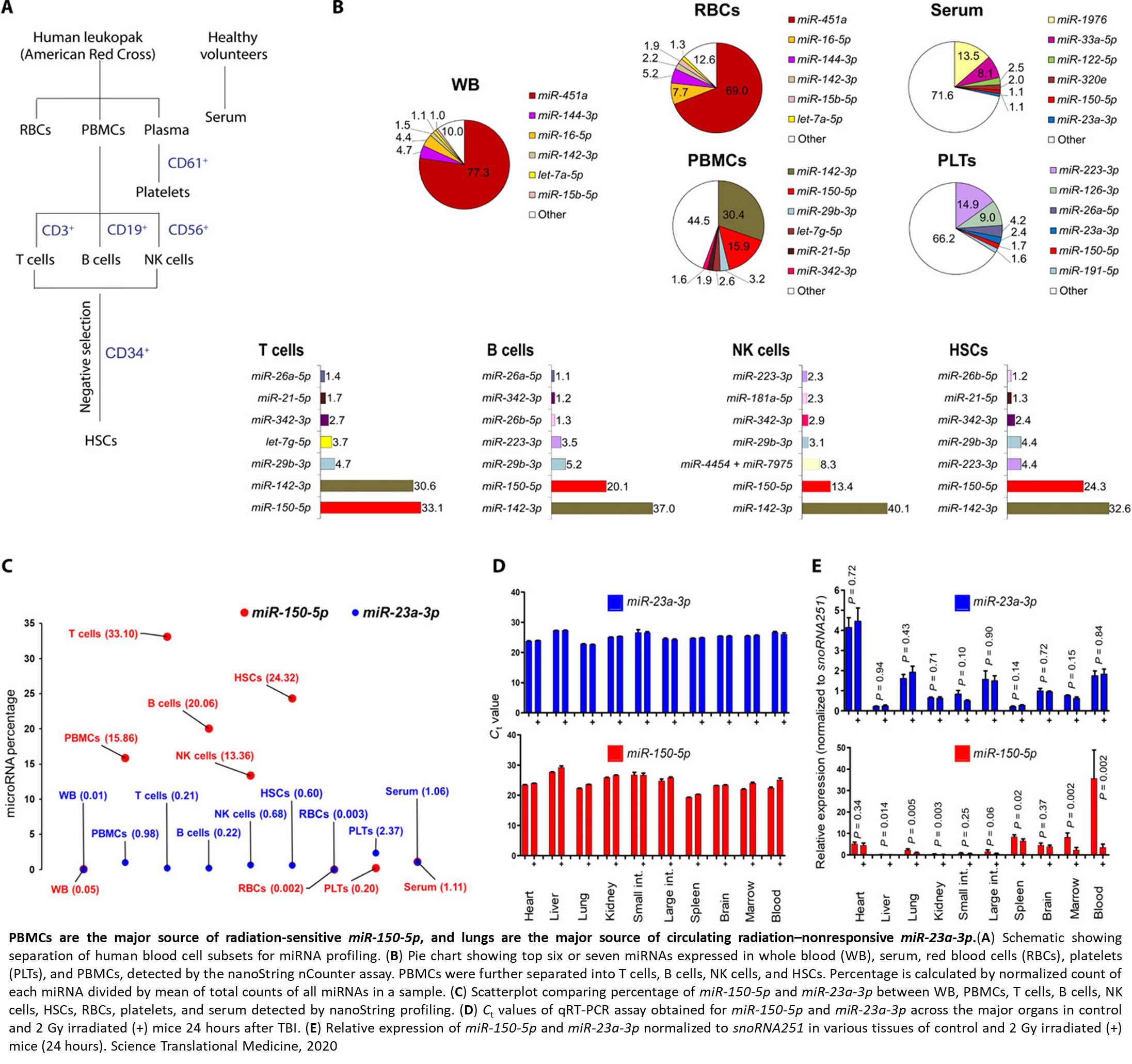 A new finger-stick test can use a single drop of blood to quickly estimate how much harmful radiation mice have been exposed to, according to a study. The test, which could sniff out radiation doses from hours to 1 week after exposure, could potentially address the need for a rapid and workable test to estimate radiation exposure in people after high-risk radiological events.

Acute radiation syndrome is a dangerous condition that occurs when someone has been exposed to large amounts of radiation in a short period of time, usually in situations involving a nuclear reactor breakdown or the detonation of a nuclear device. Patients with acute radiation syndrome must be quickly diagnosed and treated to achieve the best clinical outcomes, as radiation exposure rapidly damages sensitive organs such as the gut and lungs. However, there are currently no FDA-approved tests that can feasibly estimate radiation doses by looking at biomarkers in blood or tissues.

The researchers devised a new test that takes a single drop of blood and measures changes in the quantity of two microRNAs, one of which is secreted by radiation-sensitive circulating immune cells.

First, the authors studied serum samples from patients with leukemia who had been exposed to radiation, and confirmed that concentrations of one of the microRNAs consistently dropped after radiation exposure.

The authors. then exposed mice to various doses of radiation and observed that their test could estimate doses of both gamma rays and neutrons (simulating exposure to an improvised nuclear device) from 6 hours to 7 days after exposure.

The test also distinguished mice exposed to 2 Grays of radiation - considered the minimum dose that requires triage in radiological events - suggesting the approach may be especially useful for patients who have not yet begun to show symptoms.