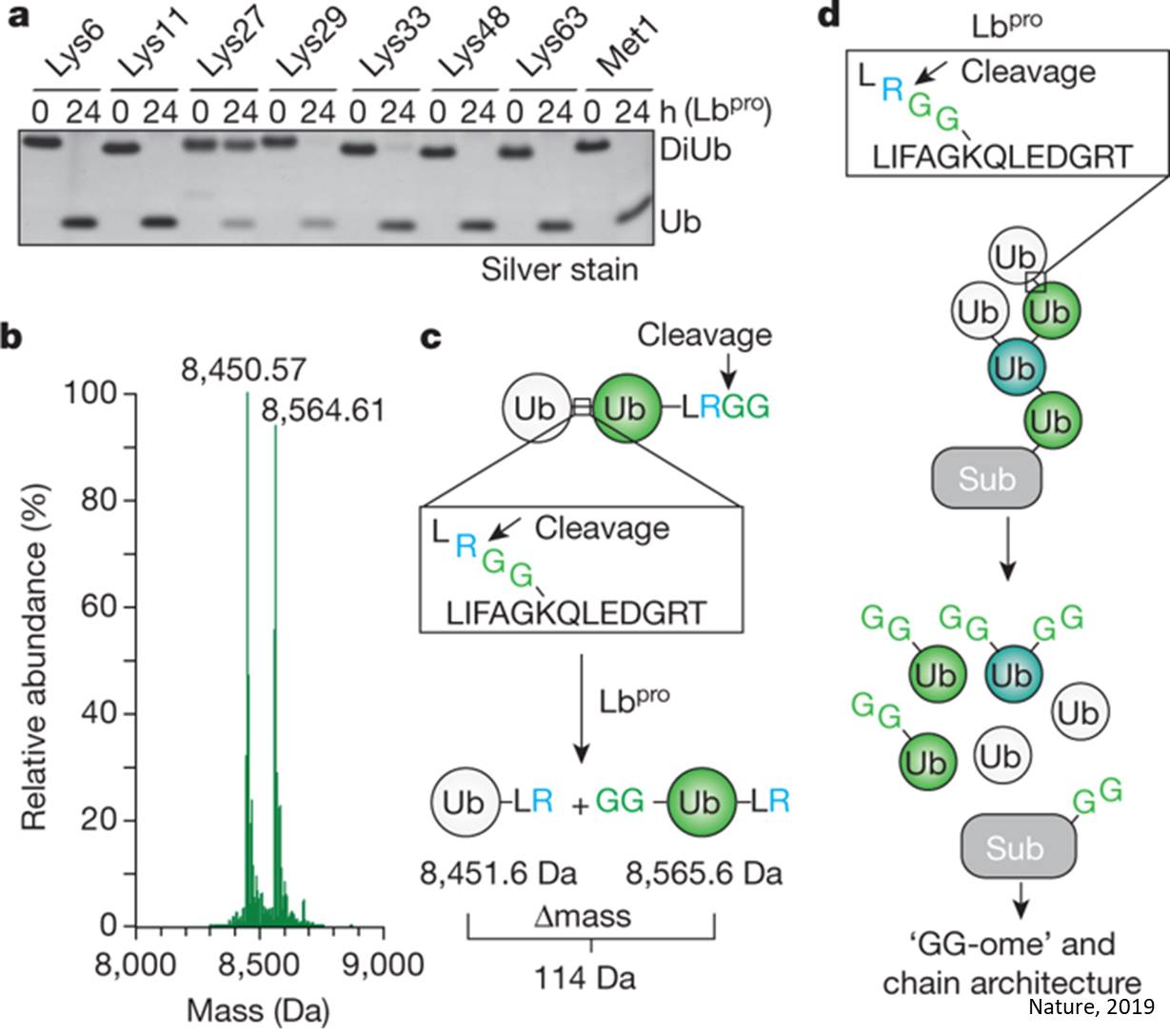 Researchers are among the first in the world to have access to a new approach to understand intricate changes that control how proteins function in our cells in health and disease.

The new proteomics technique called 'ubiquitin clipping' allows researchers to create high-definition maps of how proteins are modified by a process called ubiquitination. The technique published in Nature provides a new level of detail for understanding the role of ubiquitination in cells, and could uncover subtle changes that contribute to a range of diseases including cancer, inflammatory conditions and neurodegenerative disorders.

Ubiquitin is a small protein that can link to other proteins in a cell, either as a single unit or in longer straight or branched chains.  "Ubiquitination can change how proteins function, potentially altering their activity, redirecting them to different parts of the cell, or regulating their interactions with other proteins. One of the best-known examples of ubiquitination is when it targets specific proteins for destruction, regulating the levels of the protein in the cell, but we now know there are many more subtle and complex roles for ubiquitin signalling," the senior author said.

"The 'architecture' of ubiquitin chains can be complex with many branches that influence its impact on proteins, yet until now it has been almost impossible for researchers to detect and distinguish between different branching structures. This has limited the experiments that were possible to understand the role of ubiquitination in disease processes."

The new 'ubiquitin clipping' technique, which was developed by the researchers enables scientists to measure different ubiquitin chain architectures by pretreating protein samples, and then analysing them using electrophoresis and mass spectrometry.

"Ubiquitin clipping has enabled us to reveal a whole new level of complexity in ubiquitin signalling. In our pilot experiments, we discovered branched ubiquitin chains are much more common than previously thought. We could also study combinations of modifications on ubiquitin and other proteins - a feat that was until now rather difficult," the senior author said.

"This is a revolutionary technique that simplifies ubiquitin research, enabling a new level of detailed experimentation. It's the difference between describing a house based solely on the number of walls, windows and doors it has, versus looking at the detailed architectural plans."

Altered ubiquitination of proteins has been implicated in a range of diseases, including cancer, inflammatory diseases and neurodegenerative disorders such as Parkinson's disease.