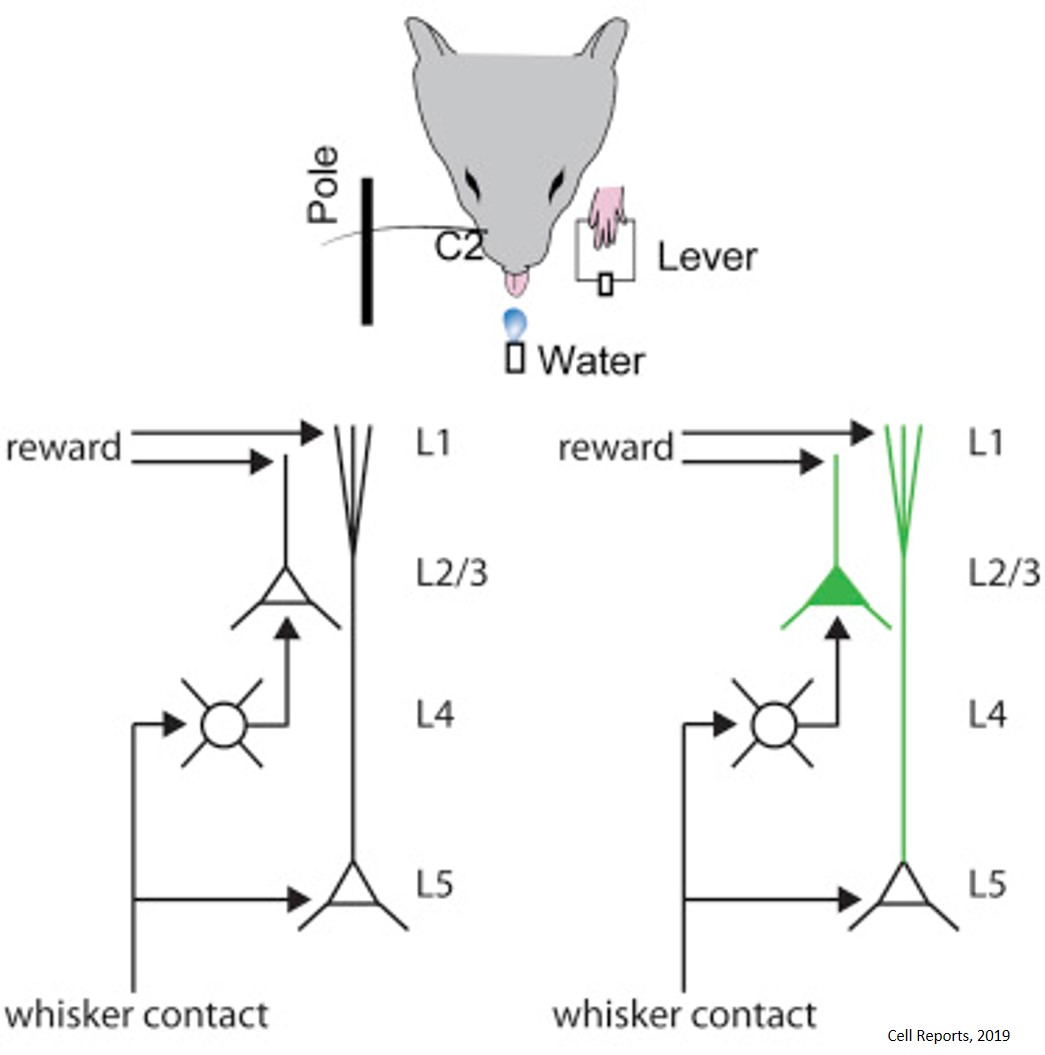 Neuroscientists have revealed that a simple brain region, known for processing basic sensory information, can also guide complex feats of mental activity. The new study involving mice demonstrated that cells in the somatosensory cortex, the brain area responsible for touch, also play a key role in reward learning, the sophisticated type of learning that allows the brain to associate an action with a pleasurable outcome. It is the basis for how we connect our work in the office to that paycheck, or that A+ to the studying we did in preparation for the test.

The new research, published in Cell Reports, provides evidence that learning and memory are not relegated to a few select regions, but instead may permeate the brain.

"Our brains are masterful at making connections, or associations, between seemingly disparate pieces of information, but where those associations are stored has remained an unresolved question," said a principal investigator and the paper's senior author. "With today's research, we've not only witnessed these associations forming in real time at the level of individual brain cells, but we've also shown that this type of learning occurs in a brain region that was not thought to have the capacity to do so."

Most cells are made up of a cell body, but neurons have a more complicated shape; they have branches jutting outward from their body. These treelike branches, called dendrites, can extend from a single cell by the thousands, linking and sending electrical pulses to dendrites from neighboring neurons.

The organization and layout of dendrites is particularly intriguing in the somatosensory cerebral cortex. Like a many-tiered cake, it contains six distinctive layers. Each layer looks a little different.

While monitoring activity in those dendrites, the researchers trained mice to perform a simple sensory task. The mice used their whiskers to sense a small pole in a darkened room. Once finding the pole, the animals moved a lever that released water as a reward.

"Because this task involved the animals' sense of touch, we expected dendrites in the somatosensory cortex to fire when the whiskers touched the pole, which they did," said the author. "But during the second part of the task, when the animal received the water reward, those same dendrites fired a second time -- something we did not expect."

That observation, which linked sensory dendrites directly to reward learning, was puzzling. Reward learning is the process by which the brain connects a sequence of actions to a feel-good sensation, and is thus more likely to repeat those actions. Decades of research has shown reward learning to be guided by various brain regions but little attention has been paid to the sensory cortex.

Instead, conventional wisdom argued that the sensory cortex merely relays basic information about an outside stimulus, such as whiskers touching a pole. That information is sent to an association cortex, which collects and organizes information for further processing in the frontal cortex, one of the brain's more sophisticated regions.

Indeed, when the researchers then removed the pole, animals that had been trained in the task had another surprise in store. The animals' somatosensory dendrites still fired when they were given water. By contrast, water had no effect on neural activity in animals that never learned the task, showing that the association was an acquired one.

As to why the brain may have evolved to use seemingly simple brain cells for learning, the author proposes that it may be a way for the brain to get a head start.

"Simple associations may be learned faster and better if the primary sensory areas shoulder some of the work at the outset," said the author. "For example, learning that STOP signs are red and have a distinct shape allows you to begin braking long before you actually read the words STOP -- an ability that has clear advantages for survival."

Going forward, one of the key unanswered questions is whether a chemical release in the somatosensory cortex is behind the feel-good sensation that drives reward learning.

"The chemical dopamine is the main driver of reward learning in other brain areas, but dopamine is largely absent in the somatosensory cortex," said the senior author. "There must be another comparable neuromodulator at play, and this is something we are actively exploring."