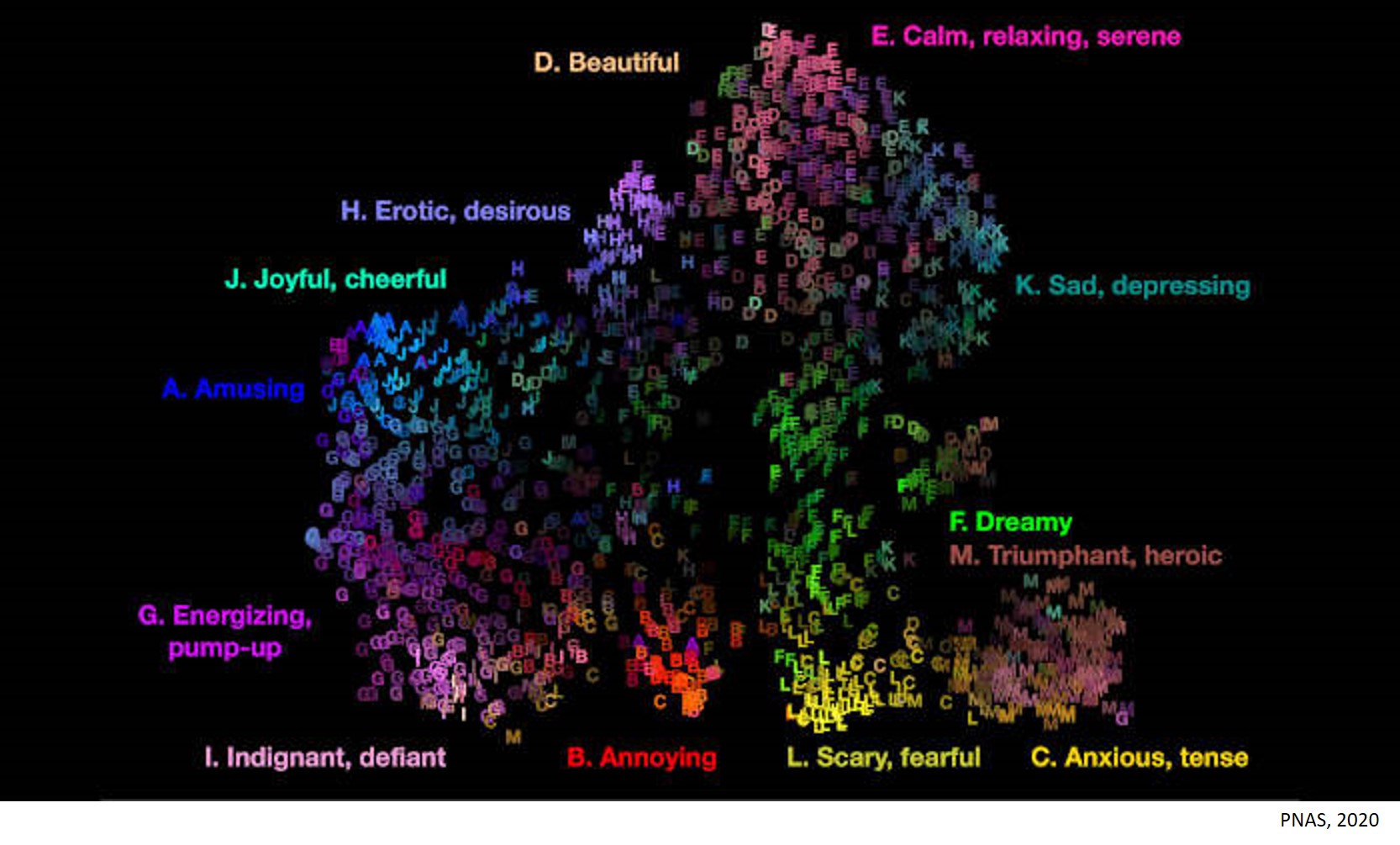 Music bears cultural significance around the world, but whether music evokes specific emotions in universal ways is unclear.

The music library was compiled by 111 individuals from the United States who contributed samples determined to evoke a range of subjective feelings. On average, participants listened to 42 samples and reported their feelings evoked by each sample.

Compared with broad evaluations, such as arousal and valence, specific feelings, such as triumph and joy, were more universal, with most music samples being associated with similar feelings in both countries.

In a subsequent experiment, 22 individuals from the United States compiled 138 modern Western music samples, and 6 individuals from China compiled 189 traditional Chinese music samples. The 5-second samples were evaluated by 580 participants from the United States and 363 participants from China, and the results mirrored the first experiment.

The findings suggest that specific feelings are more universal than broader evaluations, which are culture-specific, according to the authors.