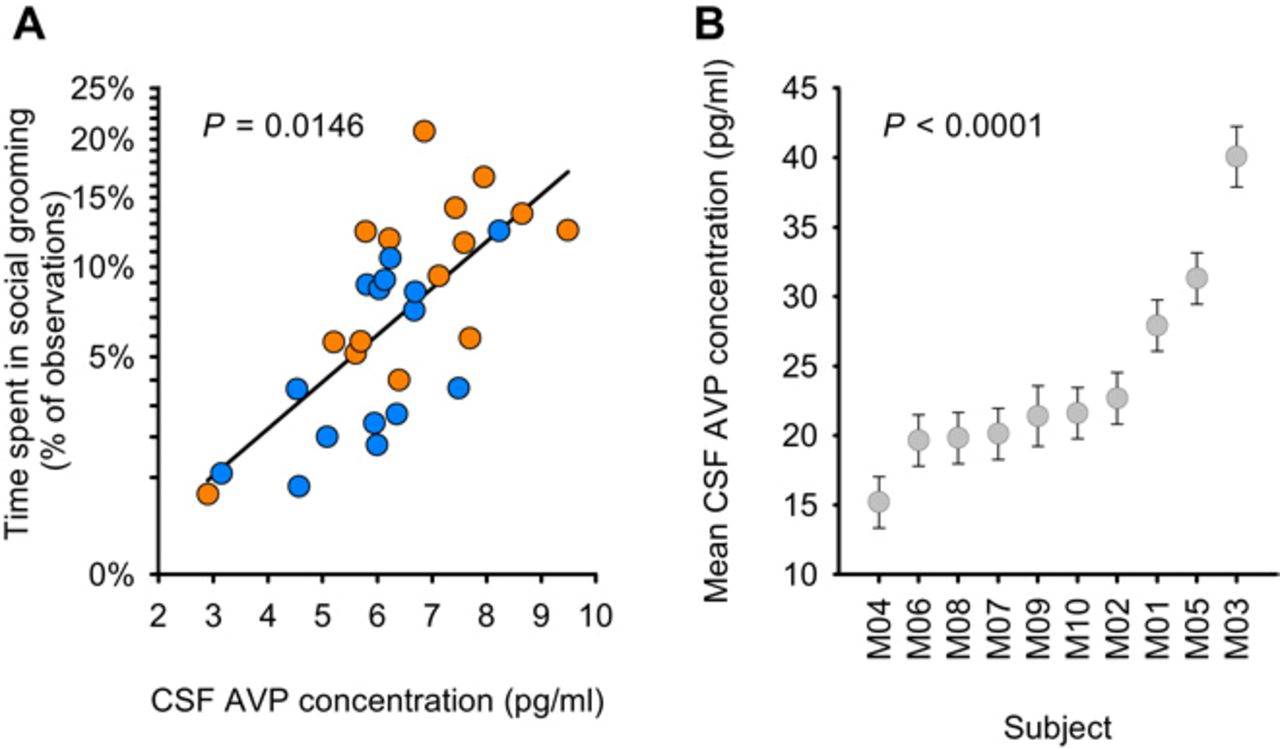 A biological marker in infants that appears to predict an autism diagnosis has been identified in a small study led by the researchers.

The study of 33 individuals showed that the biomarker, a hormone called vasopressin, was present at lower levels during infancy in the cerebrospinal fluid of babies who were later diagnosed with autism than those who were not. CSF surrounds the brain and spinal cord.

The results will be published in the Proceedings of the National Academy of Sciences.

"When young children aren't appropriately processing basic social stimuli early in life, it puts their brains on a different developmental trajectory," said the senior author. Although autism can be diagnosed from behavioral symptoms around 2 years of age, shortages of autism specialists often delay diagnosis until age 4 or later, causing children to miss the benefits of early treatment. "If we could identify these children earlier, we could intervene earlier," the author said.

Vasopressin is a protein hormone that's just nine amino acids long. It affects social behaviors in male mammals, such as pair-bonding and fathering, and differs by only two amino acids from another, better-known protein hormone with social roles: oxytocin.

Vasopressin appears to play an important role in autism. In previous research, the team found that CSF levels of vasopressin are lower in children and teens with autism than in those without the disorder, and that individuals with the lowest CSF vasopressin levels had the most severe autism symptoms. CSF oxytocin levels, however, were not associated with autism. The team also previously demonstrated that administering vasopressin to kids with autism improves their social ability, whereas trials of oxytocin for autism have had inconsistent results.

The new study was conducted using a rare archive of CSF samples collected from infants during routine medical care. If an infant younger than 3 months develops a fever, doctors typically collect CSF via a spinal tap to rule out brain infections. The study used CSF that was left over from such procedures and had been frozen for subsequent research purposes.

After matching 913 archived CSF samples to medical records, the researchers identified 11 infants who were later diagnosed with autism in childhood. The CSF samples from nine of them were large enough for testing. Each of these samples was compared with two control samples obtained from children whose medical records did not show an autism diagnosis by age 12.

The researchers found significantly lower CSF vasopressin levels in infants who were later diagnosed with autism than in those who were not. Individual vasopressin levels correctly predicted which children would develop autism in seven of the nine autism cases. The two samples that did not correctly predict autism were from infants who also later were diagnosed with attention deficit hyperactivity disorder. The researchers also measured oxytocin levels in the CSF samples but did not find they differed between children with and without autism.

The findings need to be replicated in a larger group, the author said. The team would also like to study CSF samples from children with other disorders -- such as neuromuscular diseases that have a neurologic component but do not impair social skills -- to determine whether the finding of low CSF vasopressin is specific to autism. They also hope to study whether a blood biomarker exists for autism in infants, as obtaining CSF samples is difficult.

Prior studies of infants at high risk for autism, such as those with an autistic sibling, have demonstrated that babies who later develop autism do not show behavioral symptoms very early in life. That means there is likely a window of time before symptoms first appear when behavioral therapies to maintain social responsiveness could be maximally effective, the senior author said.

"If we could intervene when kids still look at faces, smile and respond to their names, that could potentially change the trajectory of the disorder," the author said.