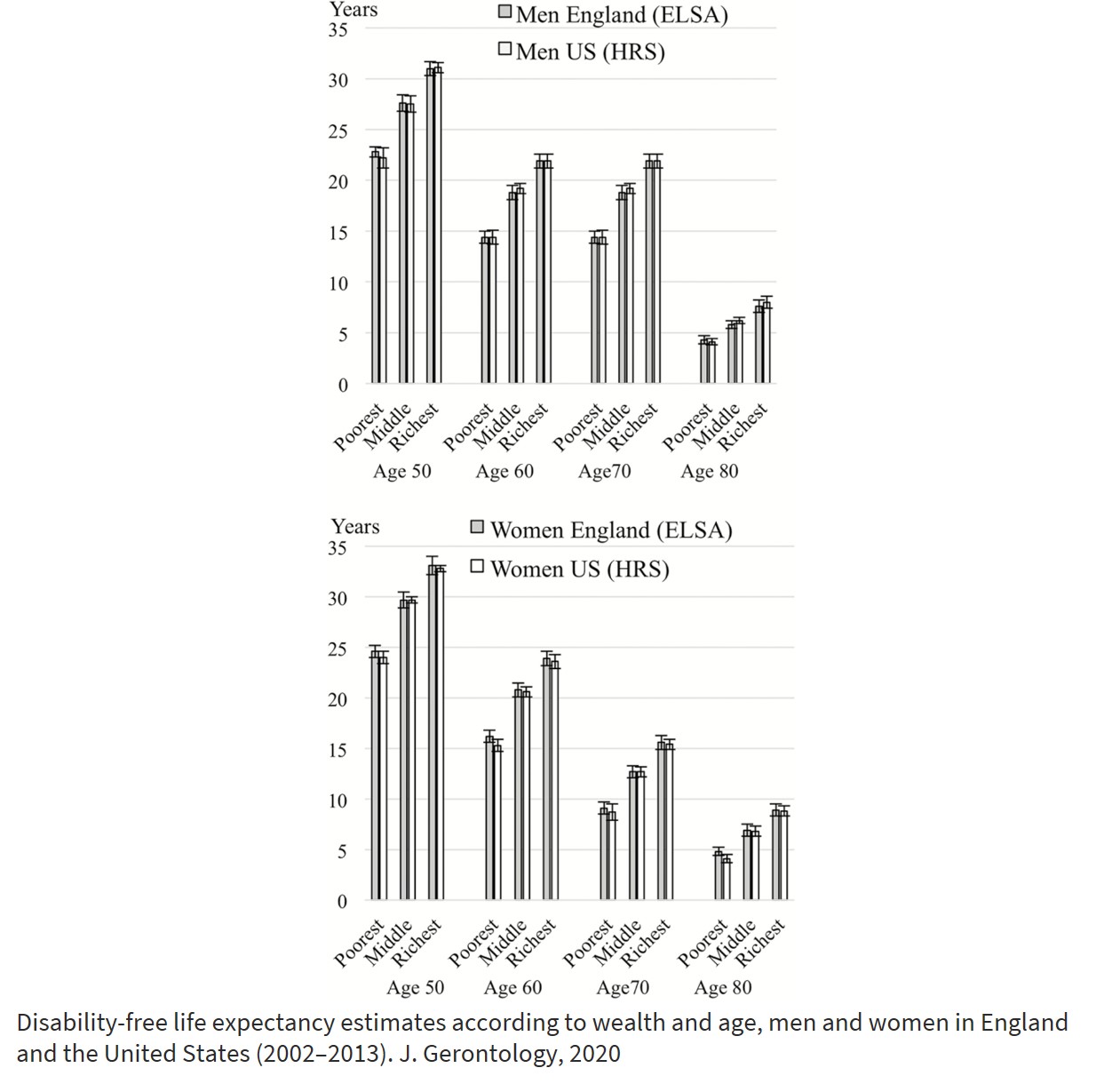 The study, published in the Journal of Gerontology, analysed data from 10,754 and 14,803 adults aged 50 and over from the English Longitudinal Study of Ageing (ELSA) and the US Health and Retirement Study (HRS), respectively.

The researchers set out to examine how long people in England and the US can expect to live free from disabilities such as being unable to get in and out of bed or unable to cook for themselves, and to what extent socioeconomic factors play a part. Data was collected from study participants in 2002 and they were followed for a period of 10 years until 2013.

The lead author, said: “While life expectancy is a useful indicator of health, the quality of life as we get older is also crucial. By measuring healthy life expectancy we can get an estimate of the number of years of life spent in favourable states of health or without disability.

“Our study makes a unique contribution to understanding the levels of inequalities in health expectancies between England and the US where healthcare systems are very different.”

In both countries, people in the study were divided into three groups (i.e. each containing 33% of the sample) based on total household wealth (the sum of net financial wealth and net housing wealth minus all debts) and comparisons were made between the richest and least wealthy groups.

The papers shows that at age 50 the wealthiest men in England and the US lived around an additional 31 ‘healthy’ years compared to around 22-23 years for those in the poorest wealth groups. Women from the wealthiest groups from the US and England lived around an additional 33 ‘healthy’ compared to 24.6 and 24 years from the poorest wealth groups in England the US respectively.

The author added: “We know that improving both the quality and the quantity of years that individuals are expected to live has implications for public expenditure on health, income, long-term care of older people and work participation and our results suggest that policy makers in both England and the US must make greater efforts into reducing health inequalities.”