When it comes to brain connectivity, cell location matters most 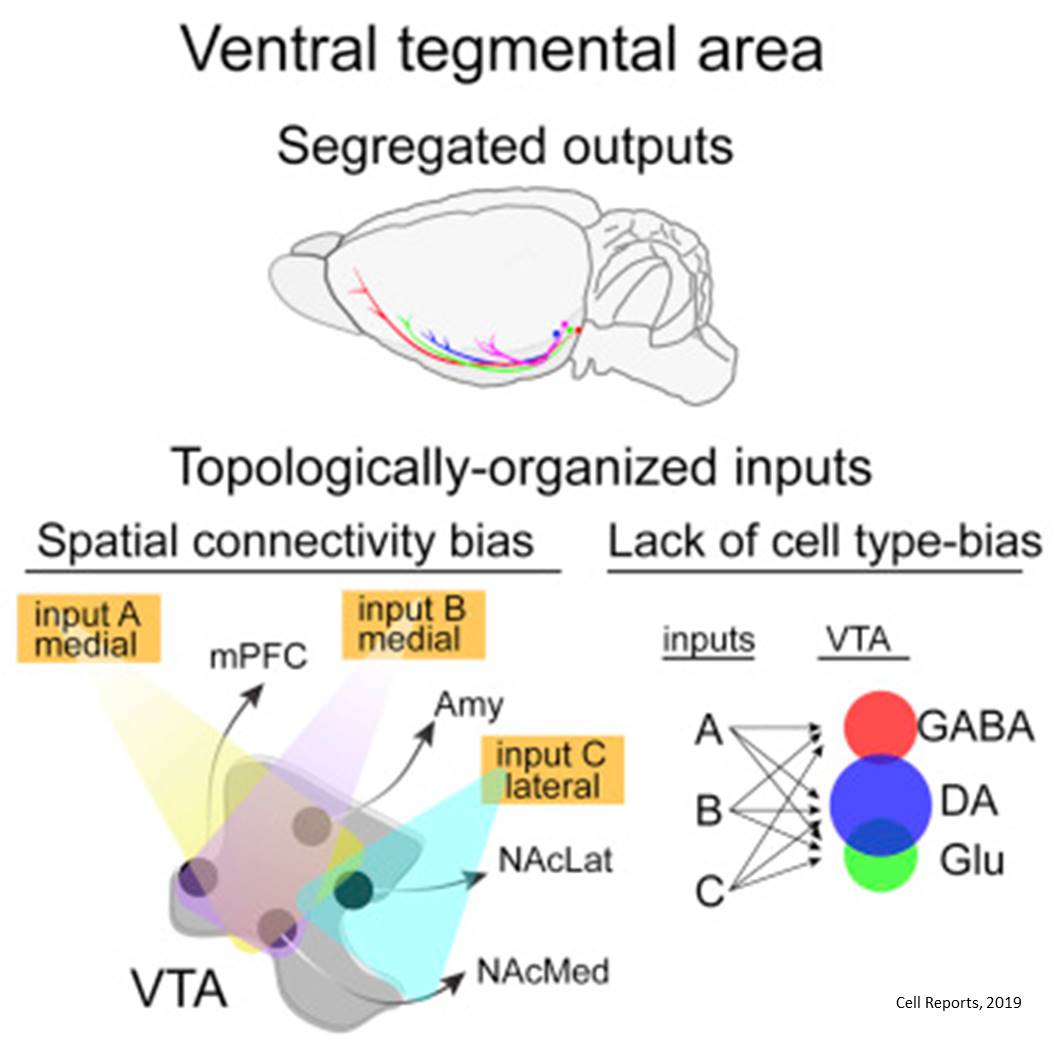 A new study reveals that connectivity within the brain appears to be largely dictated by spatial architecture rather than cell type-specific cues. The study was published in Cell Reports.

The research team mapped inputs to ventral tegmental area dopamine (VTA) neurons and conducted a rigorous analysis of neuronal connectivity to this region. The cells in the VTA are responsible for a variety of both normal behaviors, such as reward and aversion, as well as pathological behaviors, such as drug addiction and depression. Building on  previous work, the team constructed a comprehensive, high-resolution input-output map of the VTA by standardizing viral reagents and tracing inputs to unique VTA cell types, defined both by the neurotransmitter they released and specific projection targets.

"We used a viral-genetic method to identify the factors that influence connectivity onto different cell populations in the VTA," said the senior author. "In contrast to most studies suggesting specific connectivity patterns, we found that all of the VTA populations that we examined had highly similar inputs. Furthermore, the neurotransmitter released by the neurons we examined - dopamine, GABA, or glutamate - appeared to have little influence on input patterns."

As the researchers found little evidence for cell type-specific connections, their findings supported a more random connectivity logic, where inputs connect semi-randomly in regions to which the neurons project.

"Interestingly, we found that publicly-available output maps could be used to 'predict' our findings. Just knowing where axons from input neurons projected was enough to predict differences in connectivity to different cell types," Bethe senior author explained. "Our findings suggest that researchers may be able to generate global 'pseudo input maps,' which previously took years to generate and analyze, simply by using publicly-available resources that can be mined within minutes."

Recent studies have shown that activation of unique VTA neuronal populations have different behavioral outcomes. Follow-up studies have attempted to identify how control of these populations differs, and how this may be explained by differences in input connectivity. Though this study suggests that differences in anatomical connectivity may be overstated, further testing is needed to determine how anatomical maps relate to function and if this principle applies to brain regions other than the VTA.