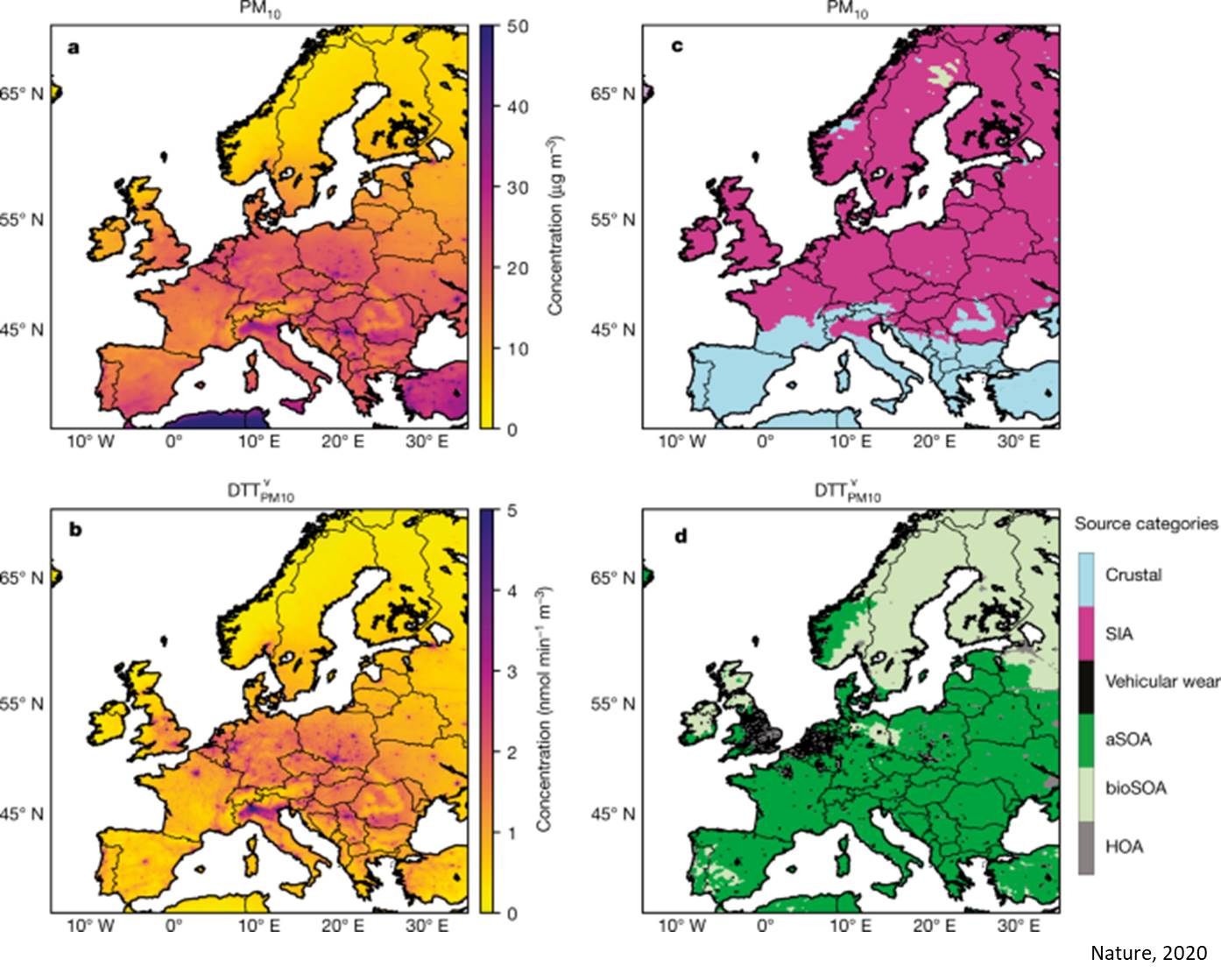 Researchers have investigated whether particulate matter from certain sources can be especially harmful to human health. They found evidence that the amount of particulate matter alone is not the greatest health risk. Rather, it could be the so-called oxidative potential that makes particulate pollution so harmful. They are publishing their results in the scientific journal Nature.

Particulate matter is one of the greatest health risks stemming from air pollution and, according to several studies, it is responsible for several million deaths each year. This means that poor air quality and particulate matter are among the five most important health risk factors, alongside high blood pressure, smoking, diabetes, and obesity. What makes particulate pollution so dangerous, however, is not yet precisely known. Together with an international collaborative team, researchers have now found out that the amount of particulate pollution is not the only decisive factor when it comes to health risks.

Here the term "oxidative potential" refers to the ability of particulate matter to reduce the amount of antioxidants, which can lead to damage in cells and tissues of the human body. In a first step, the researchers exposed cells from the human airways, so-called bronchial epithelial cells, to particulate samples and tested their biological reaction. When these cells are under stress, they give off a signalling substance for the immune system, which initiates inflammatory reactions in the body. The researchers were able to show that particulate matter with an elevated oxidative potential intensifies the cells' inflammatory reaction. This suggests that the oxidative potential determines how harmful the particulate matter is. The causal connection between elevated oxidative potential and a danger to health still has not been definitely established, according to the author. "But the study is another clear indication that this connection actually does exist."

A partner study showed that the cells of patients who suffer from a special pre-existing illness, cystic fibrosis, exhibit a weakened defense against particulate matter. While in healthy cells an antioxidant defense mechanism was able to stop the progression of the inflammatory reaction, the defense capacity in sick cells was insufficient. This led to increased cell mortality.

In addition, the researchers collected particulate samples at various locations in Switzerland. Using a mass spectrometry technique developed at PSI, they analysed the composition of the particulate matter. The chemical profile obtained in this way for each particulate sample indicates the sources from which it originates. Furthermore, the authors determined the oxidative potential of the same samples in order to get an indication of the danger to human health. With the help of detailed analyses and statistical methods, the researchers then determined the oxidative potential for all relevant emission sources. On the basis of these experimental data, they used a computer model to calculate the locations in Europe with the highest oxidative potential due to particulate matter throughout the year, and they identified mainly metropolitan areas such as the French capital Paris and the Po Valley in northern Italy as critical regions.