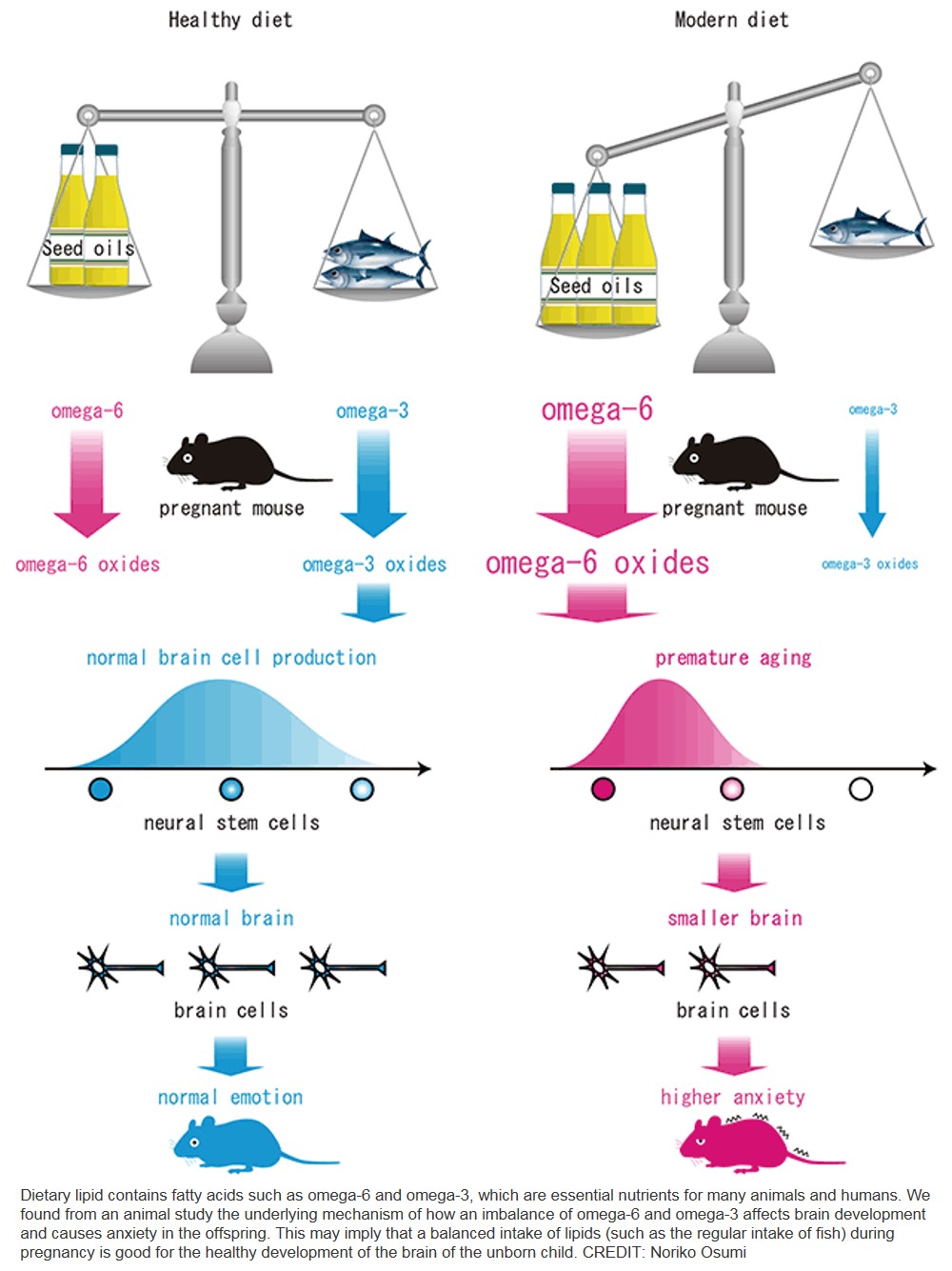 Dietary lipid contains fatty acids such as omega-6 and omega-3, which are essential nutrients for many animals and humans. The research group, found that a balanced intake of lipids by pregnant women is necessary for the normal brain formation of the unborn child.

In an animal study, the researchers noticed that when female mice were fed an omega-6-rich/omega-3-poor diet, their offsprings were born with a smaller brain and showed abnormal emotional behavior in adulthood.

This is significant because people in many countries these days have similarly poor dietary patterns and tend to consume more seed oils that are rich in omega-6 fatty acids and less fish rich in omega-3 fatty acids.

According to the authors of the paper published in the journal Stem Cells, the brain abnormality found in the offsprings of mice used in the study, was caused by a premature aging of fetal neural stem cells that produce brain cells. The premature aging was promoted by an imbalance of oxides of omega-6 and omega-3 fatty acids. The offsprings also showed higher anxiety levels, even though they were raised on nutritionally optimized diets from an early lactation period.

A diet that contains a good balance of omega-6 and omega-3 fatty acids is known to improve the development of brain functions; this is based on earlier researches that evaluated the effects of maternal intake of an omega-3-poor diet on brain function in children.

The new study took this premise further and focused on the effects of dietary lipids on the brain formation. The results reveal why omega-6 and omega-3 balance is important for future brain function, and reinforces earlier suggestions that more fish intake by women during pregnancy can advantageously affect the child's health.