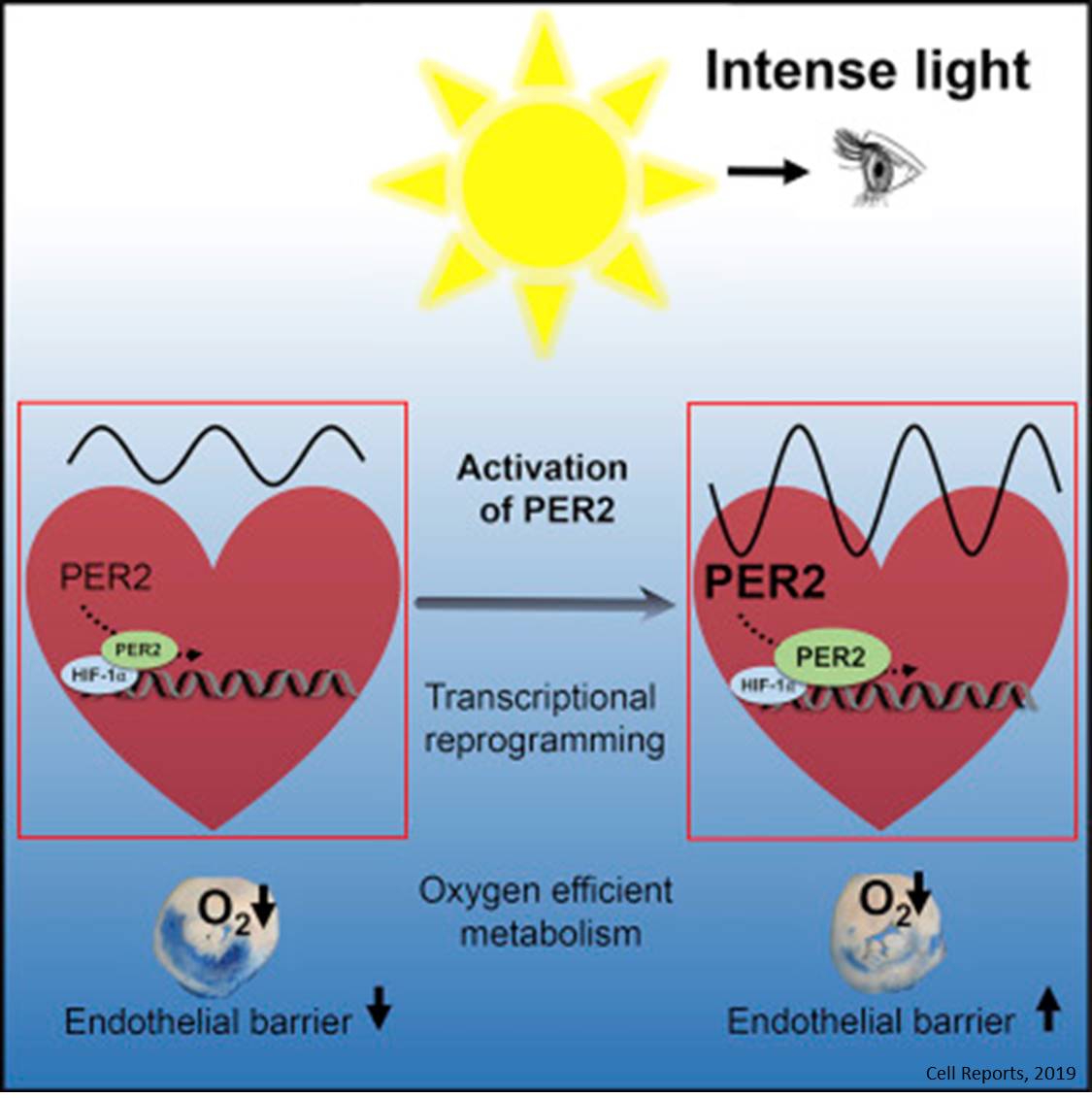 Researchers have found that intense light amplifies a specific gene that bolsters blood vessels and offers protection against heart attacks.

"We already knew that intense light can protect against heart attacks, but now we have found the mechanism behind it," said the study's senior author. The study was published recently in the journal Cell Reports.

The scientists discovered that housing mice under intense light conditions for one week `robustly enhances cardio protection', which resulted in a dramatic reduction of cardiac tissue damage after a heart attack. They also found that humans could potentially benefit from a similar light exposure strategy.

In an effort to find out why, they developed a strategy to protect the heart using intense light to target and manipulate the function of the PER2 gene which is expressed in a circadian pattern in the part of the brain that controls circadian rhythms. By amplifying this gene through light, they found that it protected cardiovascular tissues against low oxygen conditions like myocardial ischemia, caused by reduced oxygen flow to the heart.

They also discovered that the light increased cardiac adenosine, a chemical that plays a role in blood flow regulation. Mice that were blind, however, enjoyed no cardio protection indicating a need for visual light perception.

The light therapy increased PER2 levels as it did in mice. Plasma triglycerides, a surrogate for insulin sensitivity and carbohydrate metabolism, significantly decreased. Overall, the therapy improved metabolism.

The author pointed out that past studies have shown an increase in myocardial infarctions during darker winter months in all U.S. states, including sunnier places like Arizona, Hawaii and California. The duration of the light isn't as important as the intensity.

The author said the study shows, on a molecular level, that intensive light therapy offers a promising strategy in treating or preventing low oxygen conditions like myocardial ischemia. If the therapy is given before high risk cardiac and non-cardiac surgery it could offer protection against injury to the heart muscle which can be fatal.

"Giving patients light therapy for a week before surgery could increase cardio protection," the author said. "Drugs could also be developed that offer similar protections based on these findings. However, future studies in humans will be necessary to understand the impact of intense light therapy and its potential for cardio protection."