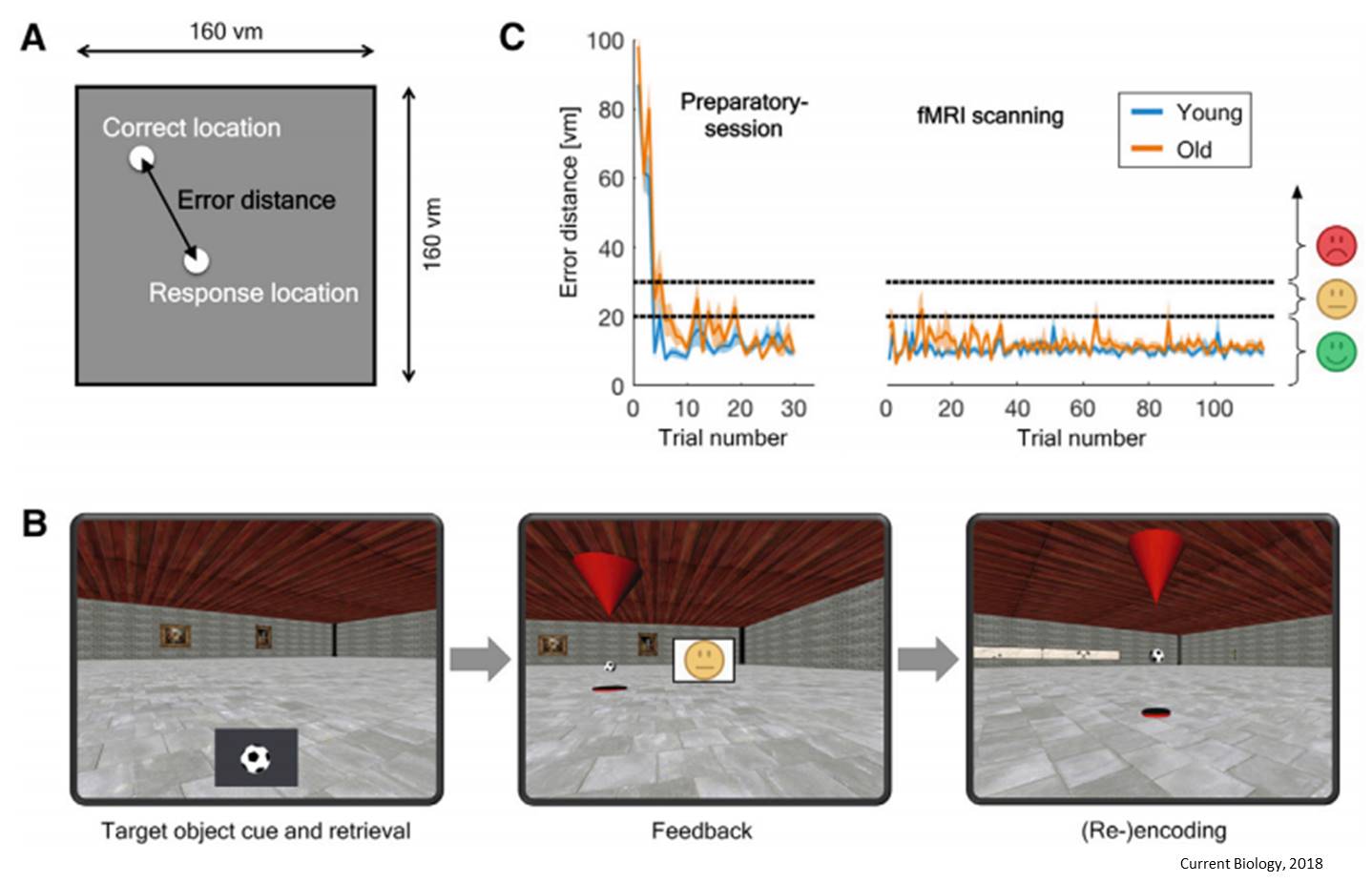 Researchers have found a possible explanation for the difficulty in spatial orientation experienced sometimes by elderly people. In the brains of older adults, they detected an unstable activity in an area that is central for spatial navigation. The results are reported in the journal "Current Biology". In the long term, these findings might open up new ways for detecting Alzheimer's disease.

To guide us through space in a goal directed manner, the human brain has to process a flood of information, ranging from visual stimuli to cues provided by the muscular system and our sense of balance. Thus, spatial orientation and navigation are among the most complex abilities of the human mind. However, these skills often deteriorate as we grow older, which can severely compromise independence and quality of life.

"When you move around an unfamiliar environment, it is perfectly normal to get lost. Yet, this tends to happen more often to older people. So far, we know very little about the underlying neuronal mechanisms of these navigation problems", says first author of the current publication. "We had the hypothesis that so-called grid cells might be implicated. A major part of the navigational processing is done by these cells. They are specialized neurons located in the brain's entorhinal cortex. Therefore, we guessed that deficits in grid cell function might be a cause for problems in navigation."

To test this assumption, researchers performed experiments with 41 healthy young and older adults, who were split in two groups: The group of "young adults" consisted of 20 participants aged between 19 and 30 years, whereas the group of "older adults" comprised 21 individuals aged between 63 and 81 years. Both groups included men and women.

One of the experiments combined functional brain imaging (fMRI) and virtual reality: The participants had to navigate through a computer-generated scenery while their brain activity patterns were monitored. A second experiment tested the ability for "path integration". In this setup, participants moved along predefined curved paths. At intermediate stops, they had to estimate their distance and orientation relative to their starting point, but without being able to see or pinpoint its location. Since this test was carried out in two versions, it took place both in real space and in a virtual environment.

"All things considered, young participants did better in navigation, which is in line with previous studies. However, we found an association between decreased navigational performance and deficits in grid cell activity", says senior author of the current study. "Grid cells fired differently when comparing young and old adults. Specifically, firing patterns were less stable over time in older individuals, which indicates that these brain circuits are compromised in old age. This might be a cause of why many senior people tend to have troubles with spatial navigation."

While weakening navigational skills might occur in healthy adults, such a decline is also considered as one of the earliest symptoms of Alzheimer's. "Assessing navigation performance and grid cell function could possibly facilitate early diagnosis of Alzheimer's and other neurodegenerative disorders", says the author. "To this end, it would be necessary to develop diagnostic methods that distinguish between an age-related decline in navigational ability and a decline caused by disease. This might be a challenging task. However, our findings lay the foundation for future studies on such topics."