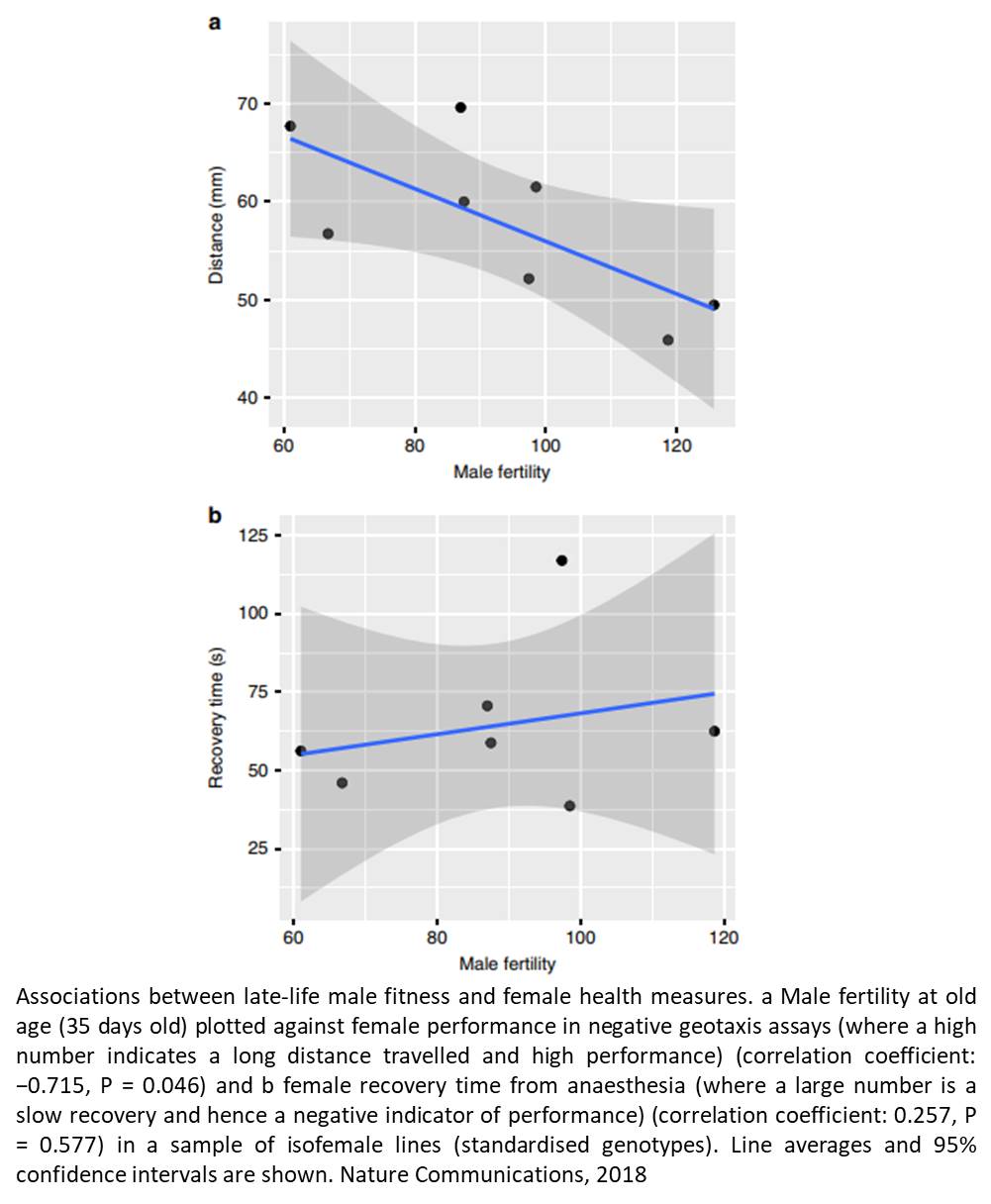 Genes that act late in life could explain why women have poorer health than men in older age, according to new research.

Scientists have long wondered why older women are less healthy than older men, given that men at any given age are more likely to die than women (a puzzle known as the "male-female, health-survival paradox").

The answer, according to scientists, is "intralocus sexual conflict" - genes that benefit one sex but harm the other.The researchers used mathematical models and experimental data on flies to show that such genes can easily spread if they take effect after female reproduction stops.

"Shared genes tether the sexes together in an evolutionary tug of war," said the senior author."Selection is trying to push females and males in different directions, but the shared genome means each sex stops the other from reaching its optima.

"Basically, certain genes will make a good male but a bad female, and vice versa. "However, after females reaches menopause, they no longer reproduce to pass on their genes which means selection (which is reproduction) on females is greatly weakened. "So after that point, any genes that improve late-life male fitness will accumulate, even if they harm female fitness."

The senior author said it was important to note that survival and health are not the same thing - and that the accumulation of late-life male benefit genes hinged upon males' ability to continue reproducing after the age of female menopause.

The experimental data on flies (Drosophila) supported the findings of the mathematical models on humans, as genes that were better at late-life male reproduction tended to be worse for females.