Why some women don't need pain relief during childbirth 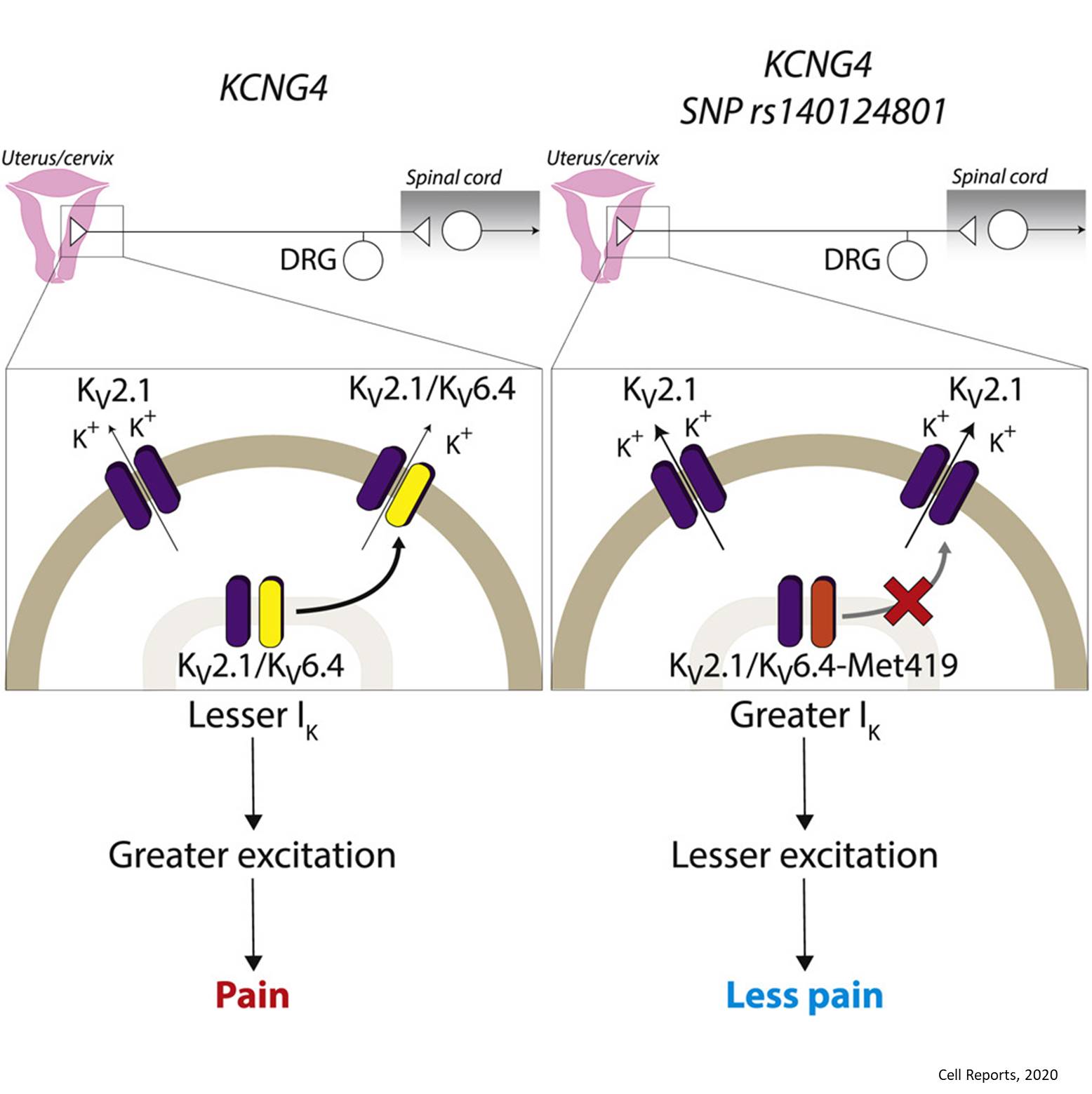 Women who do not need pain relief during childbirth may be carriers of a key genetic variant that acts a natural epidural, say scientists. In a study published in the journal Cell Reports, the researchers explain how the variant limits the ability of nerve cells to send pain signals to the brain.

Childbirth is widely recognised as a painful experience. However, every woman's experience of labour and birth is unique, and the level of discomfort and pain experienced during labour varies substantially between women.

A group of women was recruited and characterised by the team. All the women had carried their first-born to full term and did not request any pain relief during an uncomplicated vaginal delivery. The authors carried out a number of tests on the women, including applying heat and pressure to their arms and getting them to plunge their hands into icy water.

Compared to a control group of women that experienced similar births, but were given pain relief, the test group showed higher pain thresholds for heat, cold and mechanical pressure, consistent with them not requesting pain relief during childbirth. The researchers found no differences in the emotional and cognitive abilities of either group, suggesting an intrinsic difference in their ability to detect pain.

"It is unusual for women to not request gas and air, or epidural for pain relief during labour, particularly when delivering for the first time," said the joint first author. "When we tested these women, it was clear their pain threshold was generally much higher than it was for other women."

Next, senior co-author sequenced the genetic code of both groups of women and found that those in the test group had a higher-than-expected prevalence of a rare variant of the gene KCNG4. It's estimated that one approximately 1 in 100 women carry this variant.

KCNG4 provides the code for the production of a protein that forms part of a 'gate', controlling the electric signal that flows along our nerve cells. As the joint first author showed, sensitivity of this gatekeeper to electric signals that had the ability to open the gate and turn nerves on was reduced by the rare variant.

This was confirmed in a study involving mice led that showed that the threshold at which the 'defective' gates open, and hence the nerve cell switches 'on', is higher - which may explain why women with this rare gene variant experience less pain during childbirth.

The senior co-author, explained: "The genetic variant that we found in women who feel less pain during childbirth leads to a 'defect' in the formation of the switch on the nerve cells. In fact, this defect acts like a natural epidural. It means it takes a much greater signal - in other words, stronger contractions during labour - to switch it on. This makes it less likely that pain signals can reach the brain."

"Not only have we identified a genetic variant in a new player underlying different pain sensitivities," added the other senior co-author, "but we hope this can open avenues to the development of new drugs to manage pain."

Circuitry of self-control and its role in reducing addiction