Wound healing in mucous tissues could ward off AIDS 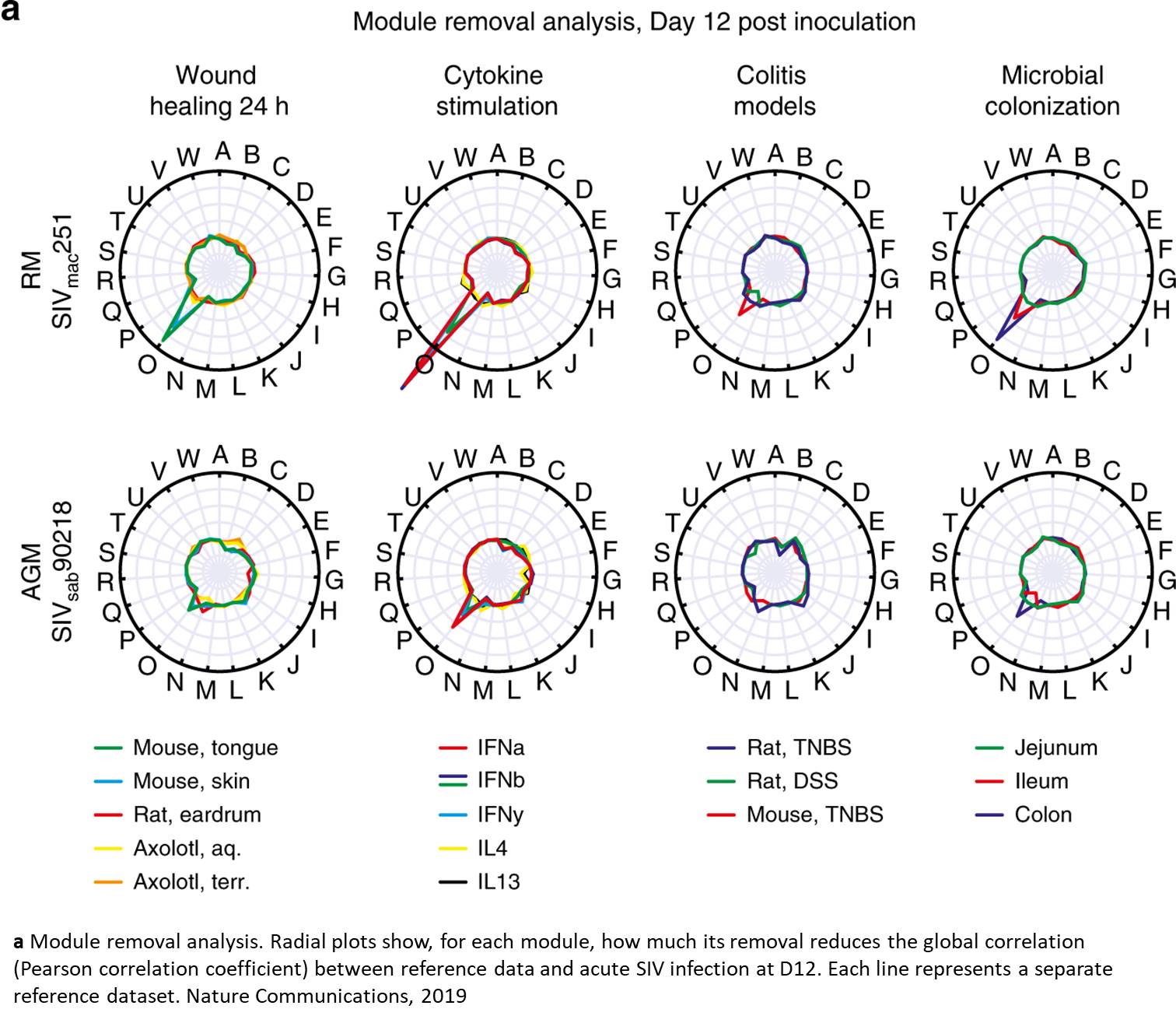 Wound healing events in mucous tissues during early infection by Simian Immunodeficiency Virus, or SIV, guard some primate species against developing AIDS, a recent study has learned. The research looked at why certain species can carry the virus throughout their lives, and still avoid disease progression.

SIV is closely related to the Human Immunodeficiency Virus. It is used as a laboratory model for many studies seeking AIDS and HIV cures and preventions.

Despite effective treatments to manage HIV, the virus remains a major global health threat. Approximately 37.9 million people in the world are living with an HIV infection. Each year about 770,000 people die of AIDS. As yet, there are no clinically available vaccines against HIV, or cures for the infection.

In this latest study, reported in Nature Communications, scientists sought to uncover, in natural hosts, successful virus-fighting tactics that could inform the design of better antiviral drugs to treat HIV in people. They found that the biological events involved in wound healing of mucosal tissues create an environment inside the body that protects against the destructive consequences of SIV infection. (Mucosal tissues are part of the body's defense against germs.) Aspects of this wound-healing immune response could become targets for developing new therapies to prevent AIDS in people with HIV infections.

The research team combined data from their experiments and from other published studies to generate their findings.

To evaluate the virus-host interactions and immune response in the early stages of SIV and HIV infection, the researchers developed a systems biology approach - a way of representing and interpreting complex interactions - called Conserved Gene Signature Analysis. They also conducted additional types of bioinformatics analyses, which incorporate methods and tools from computer science, biology, math, statistics, information engineering and other fields.

As part of their study, the researchers compared virus host interactions and immune response to SIV, including gene expression profiles, from the African green monkey, a natural host for HIV, with those from an AIDS-susceptible species, the rhesus macaque. Similar data from human HIV infections was also evaluated.

The researchers explained that both HIV and SIV infect immune cells called T helper cells. These cells are abundant in the intestine and in specialized tissues elsewhere in the body. The HIV infection provokes an immune response that injures tissues surrounding the intestine. This injury allows the bacteria that normally reside in the gut to penetrate the tissue and invade other sites in the body. This causes further inflammation and damage.

The situation attracts more immune cells, some of which get infected with HIV. Others undergo a program of spontaneous cell death. Deterioration of the immune system and further decline of infection-fighting T cells can follow. If the infection progresses to AIDS, the syndrome lowers the ability to resist opportunistic pathogens and fend off cancer.

The researchers found that, in contrast, African green monkeys in the early stages of SIV infection quickly activate and maintain regenerative wound healing mechanism in their mucosal tissue. For example, in the monkeys, a white-cell mediated remodeling of tissue occurs. Some of the repair mechanisms, the researchers say, are evolutionarily conserved. One biological pathway, for instance, is roughly reminiscent of one observed in a salamander that can regenerate certain lost parts.

The green monkey's ability to activate mucous tissue wound healing, the research team found, interrupts the course of the disease such that the onset of AIDS is avoided.

"We think the regenerative wound healing process likely preserves the tissue integrity," said the author, "and could prevent the inflammatory insults that underlie immune exhaustion, cell death and AIDS that happen due to SIV or HIV infection."

The author also added, "This maintenance of tissue integrity would be a valuable therapeutic strategy to avoid systemic immune activation and progression to AIDS. Our findings indicate that the use of therapies that stimulate the wound healing response during early infection could have a protective effect against disease from HIV infection."