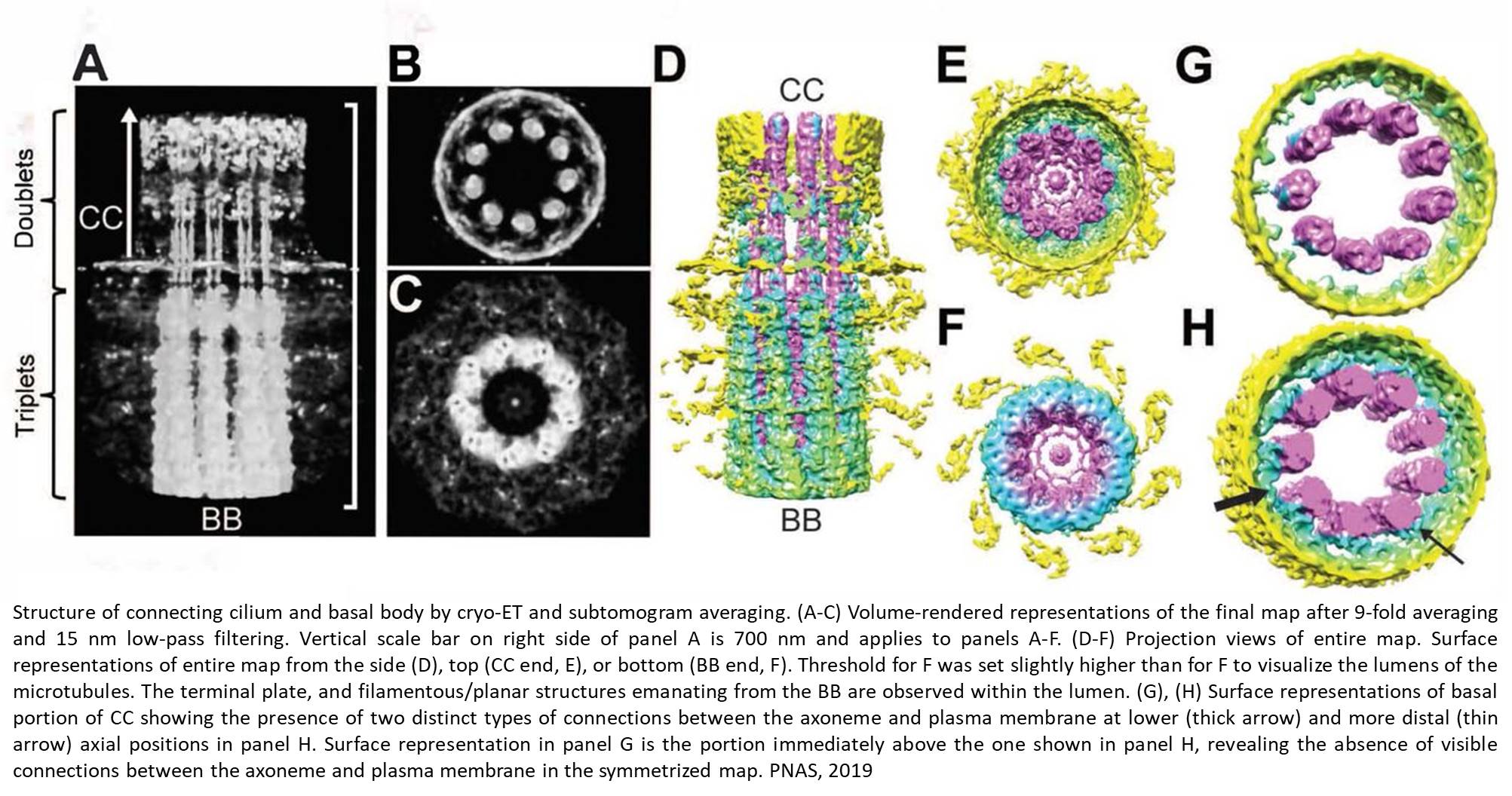 A new study published by researchers in the Proceedings of the National Academy of Sciences reveals an unprecedented close-up view of cilia linked to blindness. Cilia are short hair-like structures found on the surface of certain cells. They are particularly important in vision because they work as light sensors and defects in their structure can lead to retinal degeneration and loss of vision. Studying cilia structural alterations has previously been limited to the resolution capacity of traditional imaging technologies.

In the current study, researchers reported the development and application of new imaging methods that provided a higher resolution view of the internal structure of normal and diseased retinal cilia. They discovered previously unknown compartments within the cilia and the location of some of the proteins involved in retinal disease. Their findings contribute to a better understanding of the structural defects leading to cilia-related blindness and open the door to developing future therapies.

"There is a large group of diseases called ciliopathies that are caused by genetic defects in the components of the structure of cilia. One the most common symptoms of ciliopathies is retinal degeneration and blindness, such as seen in retinitis pigmentosa and Bardet-Biedl syndrome," said the corresponding author.

The authors wanted to better understand how the genetic defects liked to retinal ciliopathies affected the structure of the cilia. But cilia are tiny, and the methods that have traditionally been used to study structural changes do not have enough resolution to reveal details of cilia internal structure.

"We wanted to look inside cilia to see how the molecules known to be involved in the disease caused the defects," the senior author said. "We developed new methods - cryoelectron tomography and STORM (super-resolution stochastic optical reconstruction microscopy) - that provided a nanoscale view of the internal structure of the cilia. We worked with normal mice and mouse models of the human disease, Bardet-Biedl syndrome."

The researchers applied these methods first to determine the structure of cilia in normal retina and found sub-compartments that had not been seen before. When they applied their higher resolution techniques to diseased retinas, they were able to pinpoint a more precise location of proteins associated with the condition.

The researchers also discovered that some of the genetic defects alter the location of some of the proteins in the structure, and this information can potentially be useful to design therapies.

"Our findings provide a more detailed look at the structural changes associated with cilia defects in Bardet-Biedl syndrome. Our hope is that by understanding the disease mechanisms better we can develop therapies for this and other related conditions," the author said.