A unique immune cells might restrict the development of Alzheimer's disease 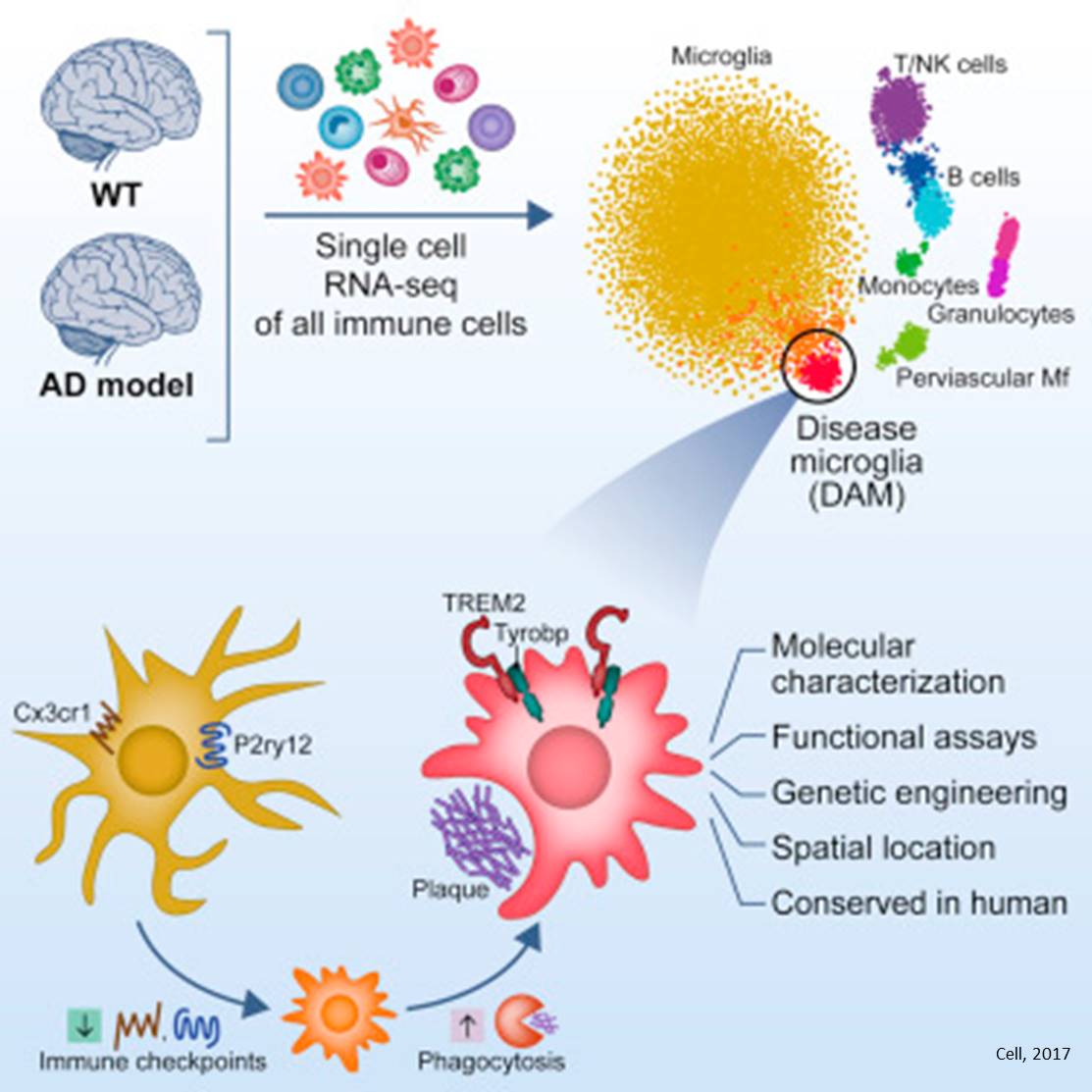 Alzheimer’s disease (AD) is a detrimental neurodegenerative disease with no effective treatments. Due to cellular heterogeneity, defining the roles of immune cell subsets in AD onset and progression has been challenging.

Immunohistochemical staining of mice and human brain slices shows DAM with intracellular/phagocytic  s. Single-cell analysis of DAM in Tg-AD and triggering receptor expressed on myeloid cells 2 (Trem2)−/− Tg-AD reveals that the DAM program is activated in a two-step process.

Activation is initiated in a Trem2-independent manner that involves downregulation of microglia checkpoints, followed by activation of a Trem2-dependent program.

This unique microglia-type has the potential to restrict neurodegeneration, which may have important implications for future treatment of AD and other neurodegenerative diseases.