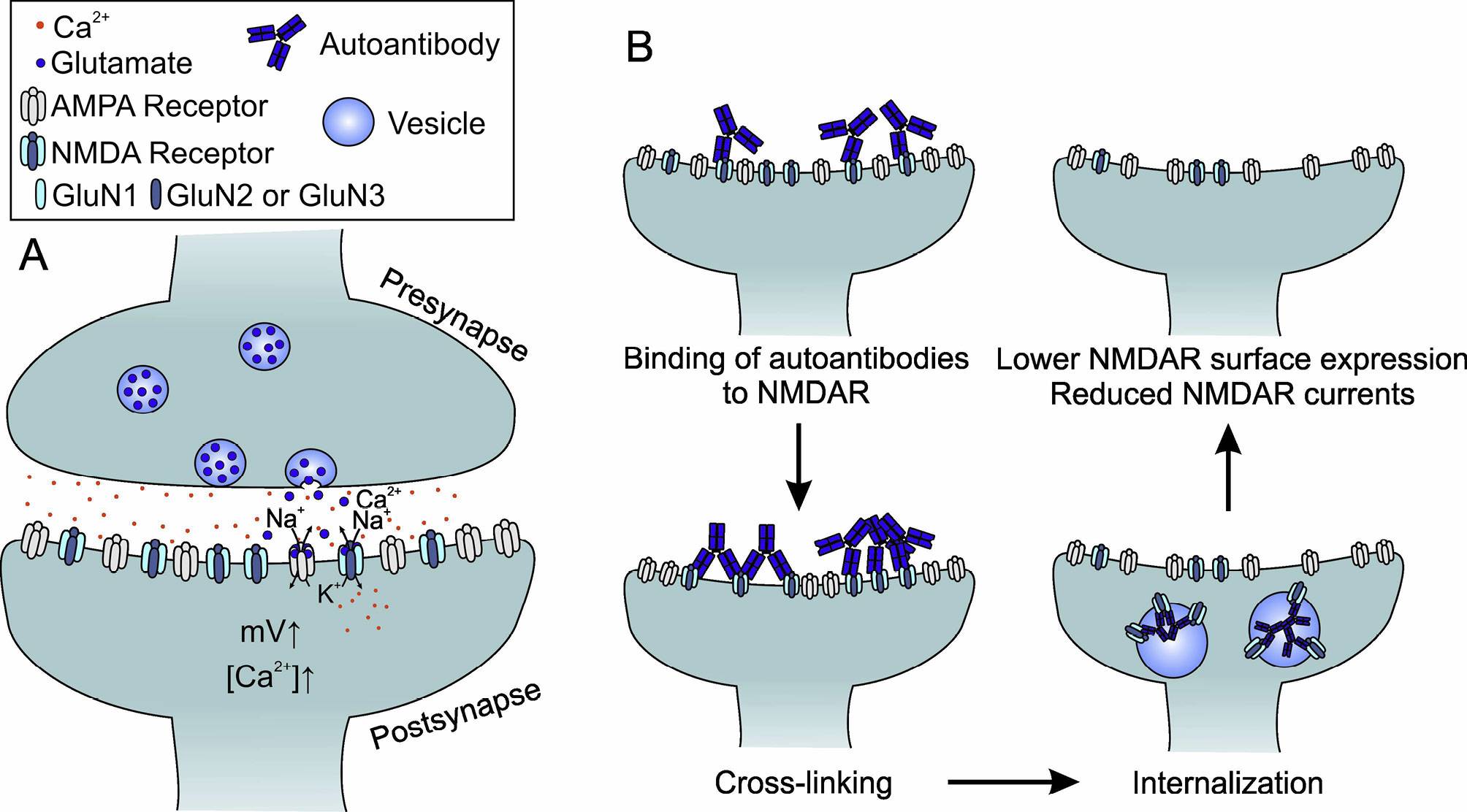 Scientists have developed an animal model that may provide a path toward improving the diagnosis and treatment of the devastating brain disease chronicled in the bestselling autobiography "Brain on Fire." The book, along with a 2017 movie by the same name, traces newspaper reporter Susannah Cahalan's harrowing descent into the throes of the disease.

The autoimmune disease is triggered by an attack on one of the key neurotransmitter receptors in the brain, the NMDA receptor. The disease is characterized by intellectual changes, severe memory loss, seizures, and even death. The study, published in the journal Science Translational Medicine, reports an original animal model for this puzzling disease.

Scientists say the discovery clears the way for developing a near-atomic image of how the immune system attacks the NMDA receptor. With that information, researchers could specifically block the damaging autoimmune reaction and test new therapeutic strategies using their newly developed model for the disease in mice.

NMDA receptors are present in almost every neuron in the brain. Crucial for learning and memory, these receptors are required for the formation of new memories in the hippocampus of humans and animals, and have been implicated in several neurological and psychiatric conditions including Alzheimer's disease, schizophrenia and depression.

The disease in people occurs unexpectedly when antibodies produced by the body's own immune system attack NMDA receptors in the brain.

"It's a human disease that we don't know enough about," the senior author said and continued that the animal model will be especially useful in determining the distinct site or sites on the NMDA receptor that trigger disease.

The authors developed a strategy to model the disease by active immunization of mice with the fully formed NMDA receptor. Almost 90% of mice developed signs that mimicked the human disease.

They provide evidence for neuroinflammation and immune cell infiltration as components of the autoimmune response in mice. Use of transgenic mice indicated that mature T cells and antibody-producing cells were required for disease induction.

According to the research team, the development of an animal model is important because there are few samples of brain tissue from people who have developed the disease. The animal model provides a unique opportunity to recognize early signs of the disease, and to develop therapeutic approaches that could precisely target the site on the receptor, known as an epitope, that is attacked by the immune system.