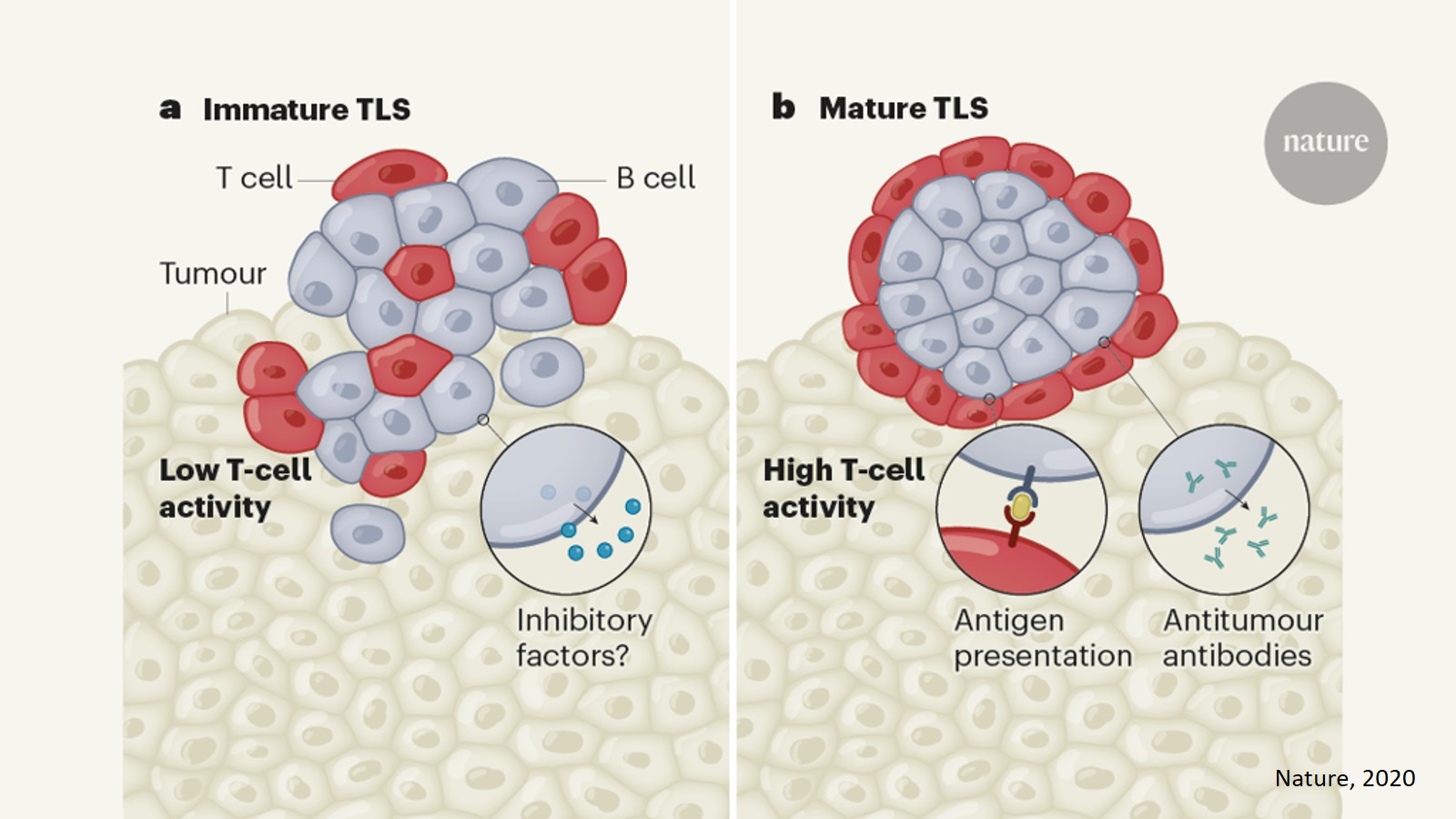 Cancer patients responded better to immunotherapy and had a better prognosis if their melanoma tumors contained specific clusters of B cells, according to new research published in Nature.

But far from all patients are being helped by the treatment, and intensive research is underway to understand who benefits the most from checkpoint therapy, and how it can be made even more effective. A great deal of focus so far has been on the immune cells called T cells.

The new study sheds light on the role of another immune cell in immunotherapy: B cells. Researchers have shown that clusters of B cells in melanoma tumors, so-called tertiary lymphoid structures, are linked to the prognosis.

"By studying tissue samples from 177 melanoma patients, we have been able to see that when these B-cell structures were present in the tumor, the patient had a better prognosis and responded better to immunotherapy", says the senior author of the study.

It has previously been known that these structures are sometimes found in tumors, but it is only now that they have been linked to prognosis and treatment response. In the same issue, Nature has published two other research articles that involve the same B-cell structures, albeit in other tumors - soft tissue sarcoma and kidney cancer - where there was also an association with improved response to immunotherapy.

The results of the study confirm that it is not only the T-cells that are important, but that the B-cells also play a role in the immune response against cancer cells.

"Now we want to continue with prospective studies and investigate whether it is possible to stimulate the immune system to form these structures in tumors, and thus improve the effect of immunotherapy", concludes another author.