Babies born prematurely can catch up their immune systems 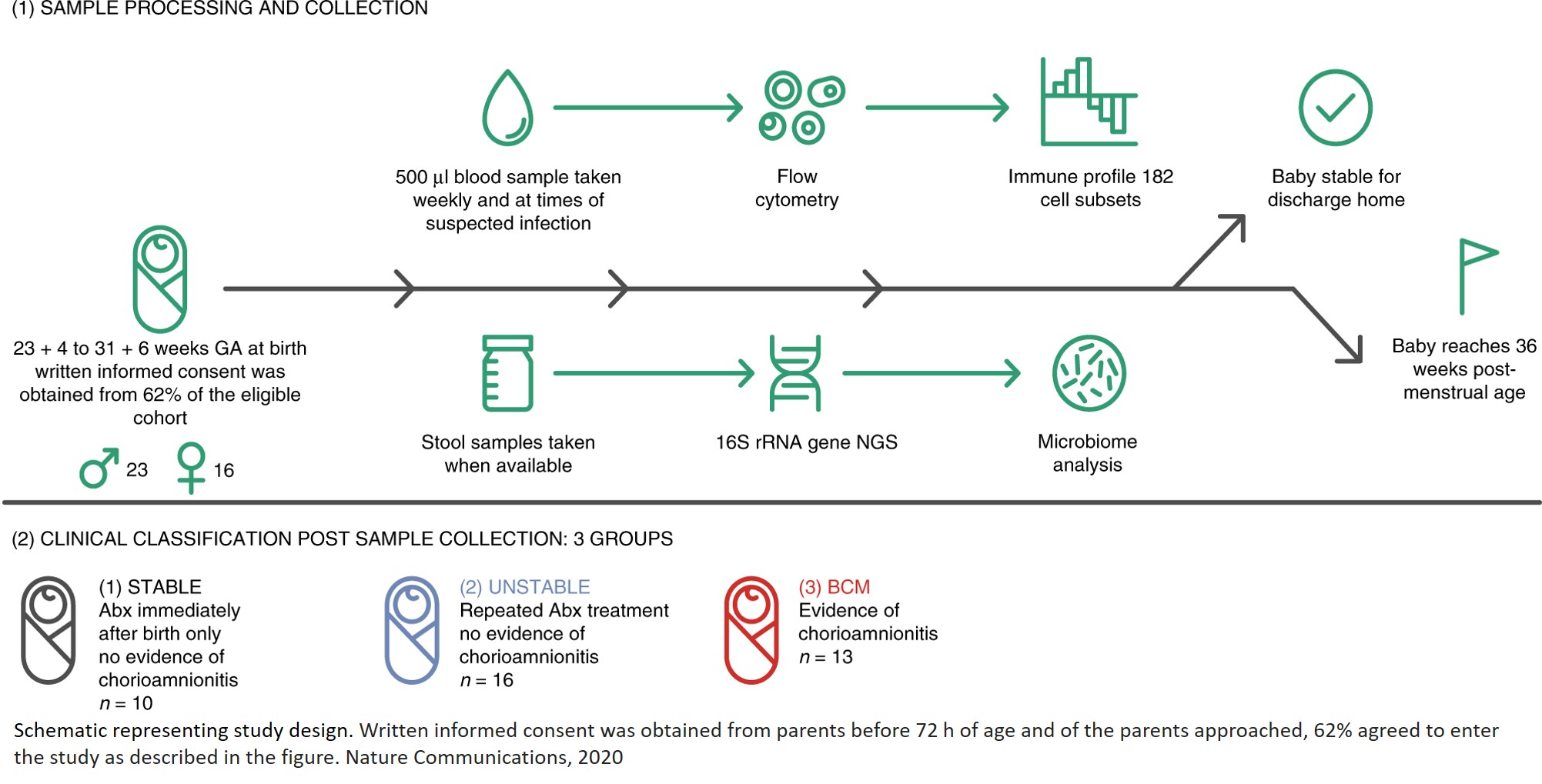 Researchers have found babies born before 32 weeks' gestation can rapidly acquire some adult immune functions after birth, equivalent to that achieved by infants born at term.

In research published in Nature Communications, the team followed babies born before 32 weeks gestation to identify different immune cell populations, the state of these populations, their ability to produce mediators, and how these features changed post-natally. They also took stool samples and analysed to see which bacteria were present.

They found that all the infants' immune profiles progressed in a similar direction as they aged, regardless of the number of weeks of gestation at birth. Babies born at the earliest gestations - before 28 weeks - made a greater degree of movement over a similar time period to those born at later gestation. This suggests that preterm and term infants converge in a similar time frame, and immune development in all babies follows a set path after birth.

The of the authors said: "These data highlight that the majority of immune development takes place after birth and, as such, even those babies born very prematurely have the ability to develop a normal immune system."

Infection and infection-related complications are significant causes of death following preterm birth. Despite this, there is limited understanding of the development of the immune system in babies born prematurely, and how this development can be influenced by the environment post birth.

Some preterm babies who went on to develop infection showed reduced CXCL8-producing T cells at birth but comparable levels of TNF-producing T cells. This suggests that infants at risk of infection and complications in the first few months of their life could be identified shortly after birth, which may lead to improved outcomes.

There were limited differences driven by sex which suggests that the few identified may play a role in the observations that preterm male infants often experience poorer outcomes.