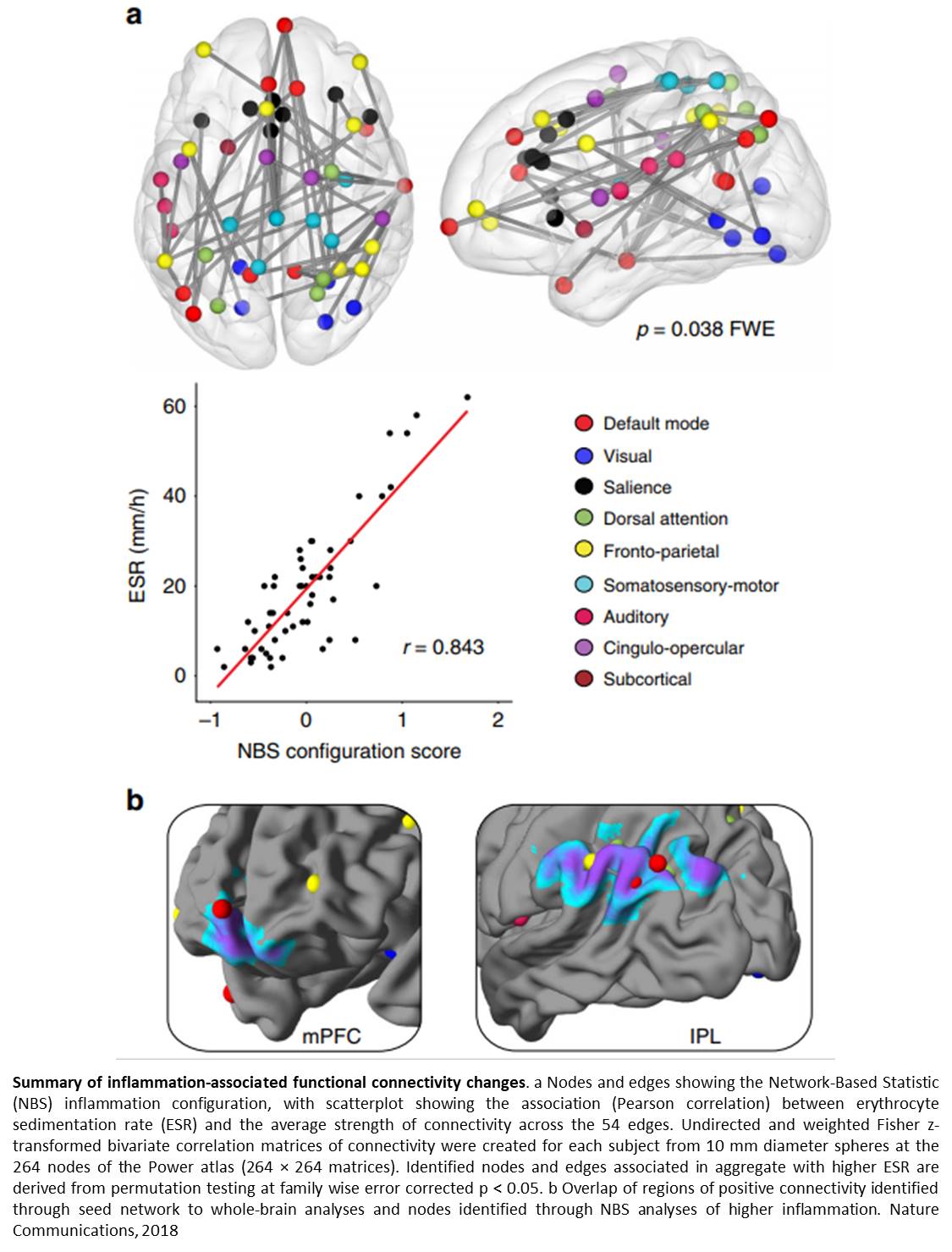 In patients with chronic inflammatory conditions, such as rheumatoid arthritis, there has been limited understanding of how this inflammation affects the brain.A new study published in Nature Communications examines this issue.

"Rheumatoid arthritis is an inflammatory and autoimmune condition with nasty levels of inflammation that can affect a person's joints and the rest of their body, inducing fatigue, sleep and creating cognitive difficulties," says one of the lead authors of the study.

"Even though it has been assumed for a long time that the inflammation we see in blood is impacting the brain, up until this study we didn't know precisely where and how those changes in the brain were actually happening."

"When a person becomes sick with the flu, for example, they begin to show symptoms of the inflammation happening in their body, such as feeling lethargic and being unable to control their body temperature,"the lead author says. "We wanted to understand what is happening in conditions where patients have inflammation for weeks, months or years, such as in rheumatoid arthritis."

The research team used a data set of 54 rheumatoid arthritis patients. "Studies such as ours are usually performed in healthy people who are induced with sickness behaviors," author explains, calling the available data "remarkable." "They will then do a brain scan before and after the immune insult, and the results are interesting, but to understand how it impacts people with chronic illness, we have to see the brain of someone with inflammation happening for a long period of time."

Using functional and structural neuroimaging of the data set at baseline and six months, the research team examined whether higher levels of peripheral inflammation were associated with brain connectivity and structure.

"We took the levels of inflammation in their peripheral blood, just as it would be done clinically by a rheumatologist to monitor the severity of their disease and how it's being controlled," author says. "We found profound and consistent results in a couple areas of the brain that were becoming connected to several brain networks. We then looked again six months later and saw similar patterns, and this replication of results is not that common in neuroimaging studies."

They show that higher levels of inflammation are associated with more positive connections between the inferior parietal lobule (IPL), medial prefrontal cortex, and multiple brain networks, as well as reduced IPL grey matter, and that these patterns of connectivity predicted fatigue, pain and cognitive dysfunction. Researchers then examined the functional connectivity of 264 regions of the brain and identified increased connectivity patterns in patients experiencing heightened levels of inflammation.

"In a graph theoretical analysis across the whole brain network, and correlating that with levels of inflammation, we saw a lot of convergence across methods and time points for the amount of connectivity in the inferior parietal lobule and medial prefrontal cortex," co-author says.

"This showed us that the brain doesn't operate in isolation. It also demonstrated how inflammation we measure in the periphery may be actually altering functional connections in the brain and playing a role in some of the cognitive symptoms we see in rheumatoid arthritis."

"This intriguing data supports the idea that rheumatoid arthritis inflammation targets the brain and not just the joints," another author says. "By relating these advanced neuroimaging measures back to the patient experience, we provide evidence that the future targeting of central inflammatory pathways may greatly enhance the quality of life of patients with rheumatoid arthritis and potentially other chronic inflammatory disorders."