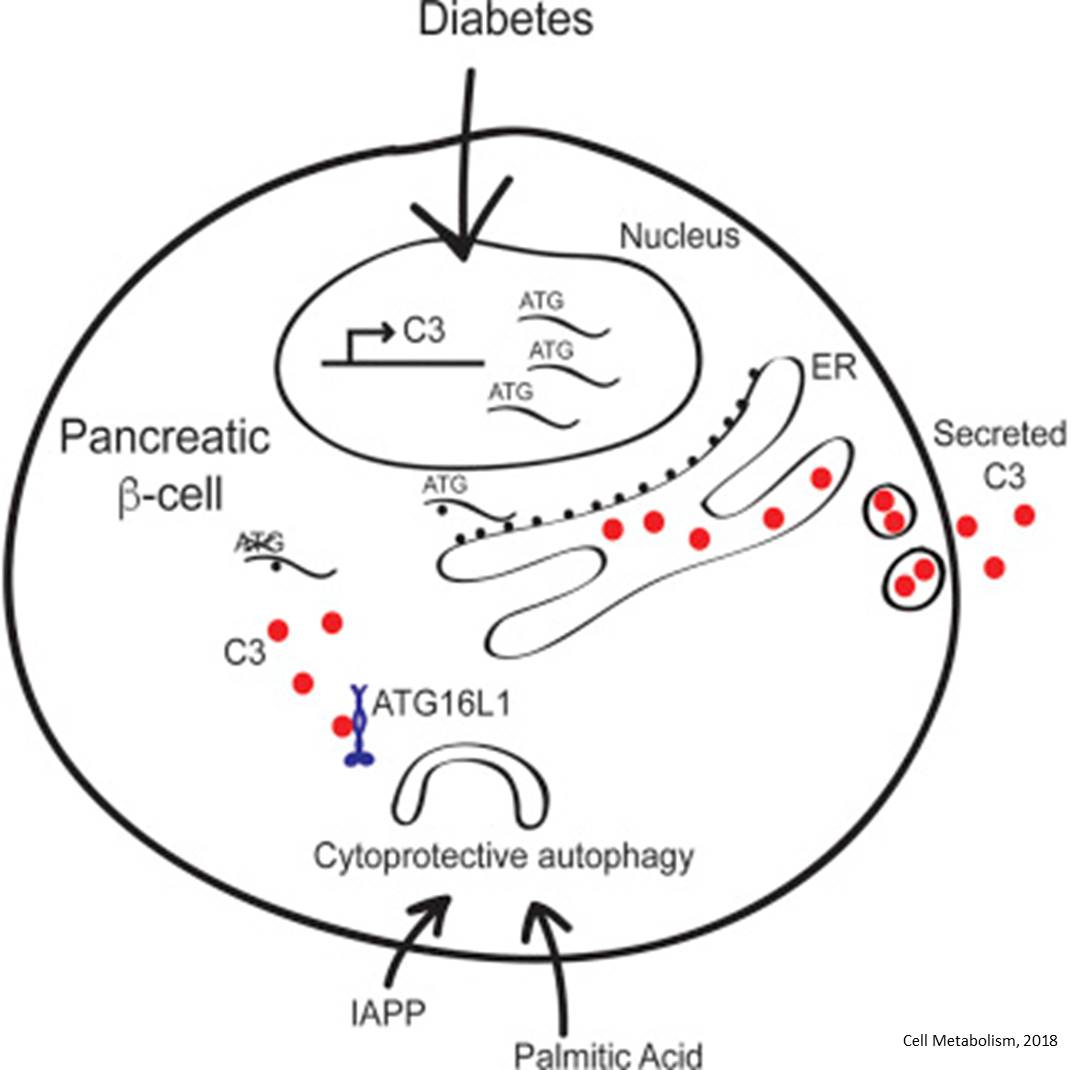 The complement proteins that circulate in our blood are an important part of our immune system. They help identify bacteria, viruses and other harmful organisms, making it easier for our white blood cells to find and neutralise dangerous microbes. Researchers have now discovered a previously unknown function of the central complement protein, C3, which describes how C3 regulates autophagy.

Autophagy is the basic mechanism that controls cells' ability to break down their own material, i.e. dispose of cellular waste, and generate new energy by reusing their own components. Disruption of the autophagy mechanism is thought to contribute to the development of several diseases. Therefore, this knowledge can play an important role in our understanding of the onset and treatment of type 2 diabetes and other diseases.

A few years ago, the research team showed that the complement system, which consists of some 40 proteins in the blood, is also present within our beta cells in the pancreas.

One protein, CD59, was shown to be essential for enabling beta cells to secrete insulin. Another protein, C3, was produced in large amounts in the beta cells, but its exact role was unclear.
In a new study, which has now been published in Cell Metabolism, the researchers discovered that the complement protein C3 can protect the beta cells from stress (e.g. long-term high blood sugar levels) when diabetes is in progress.

When the researchers, using CRISPR/Cas 9, removed the gene that expresses the complement protein C3 from the beta cells, autophagy was disrupted and the cells died more easily from stress. They also found that C3 production in beta cells increases considerably in response to diabetes and inflammation, probably in an attempt to protect beta cells.

"C3 is a very old protein from an evolutionary perspective and we have now shown that it not only has a role in the relatively modern immune system in the blood, but also within cells, where it is needed for one of the most fundamental cellular functions, autophagy. In all likelihood, this applies to many cell types and opens the way for new principles in the treatment of diseases such as type 2 diabetes and certain neurodegenerative diseases for which there is a need to protect cells from stress", concludes the author.