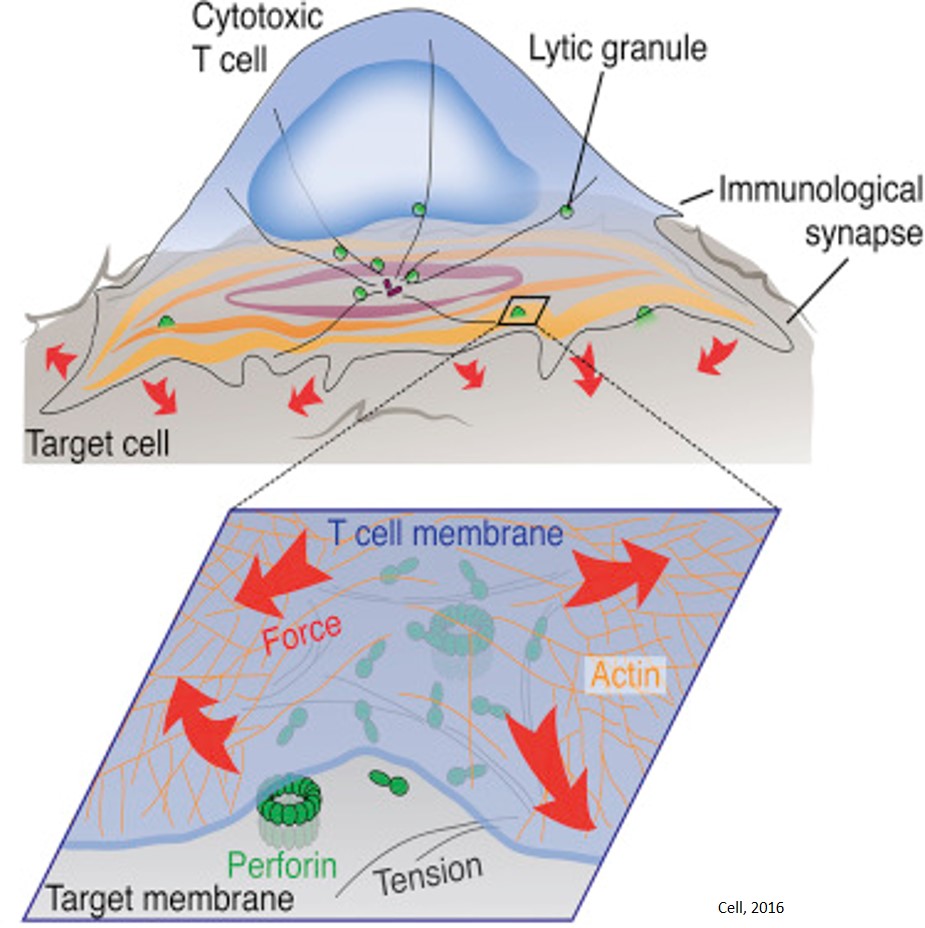 The immunological synapse formed between a cytotoxic T lymphocyte (CTL) and an infected or transformed target cell is a physically active structure capable of exerting mechanical force.

Researchers investigated whether synaptic forces promote the destruction of target cells. CTLs kill by secreting toxic proteases and the pore forming protein perforin into the synapse.

Biophysical experiments revealed a striking correlation between the magnitude of force exertion across the synapse and the speed of perforin pore formation on the target cell, implying that force potentiates cytotoxicity by enhancing perforin activity.

These results reveal an unappreciated physical dimension to lymphocyte function and demonstrate that cells use mechanical forces to control the activity of outgoing chemical signals.