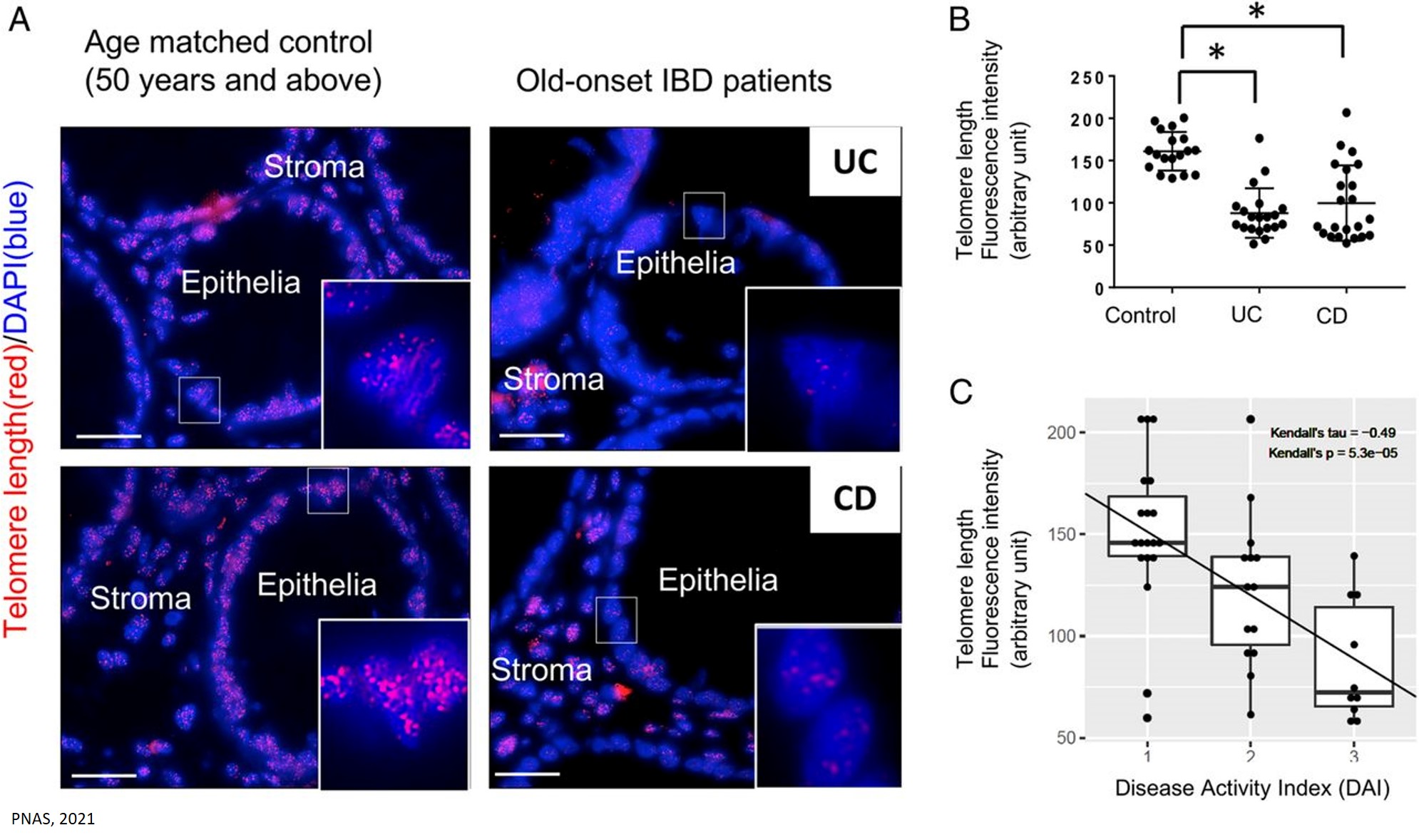 Inflammatory bowel disease (IBD) is a chronic and disabling condition with limited therapeutic options. Past research has found that the intestinal cells of people with IBD have short telomeres, which are repetitive DNA sequences situated at the ends of chromosomes that offer protection from damage.

The researchers report that telomere erosion is not only a consequence of the inflammatory process but also a driver of intestinal inflammation. Analysis of intestinal biopsies from people with IBD revealed that telomere shortening is positively associated with disease severity and may underlie disease recurrence.

The production of pro-IL-18, a cytokine that acts as a major driver of IBD, was reduced by pharmacological interventions that suppressed DNA damage, inhibited YAP1, or activated the telomerase enzyme, which catalyzes the addition of nucleotides to telomeres.

In intestinal organoids from healthy individuals, the induction of telomere dysfunction led to DNA damage and activation of the ATM/YAP1/pro-IL-18 signaling pathway.

Problems with depth perception caused by too many cells