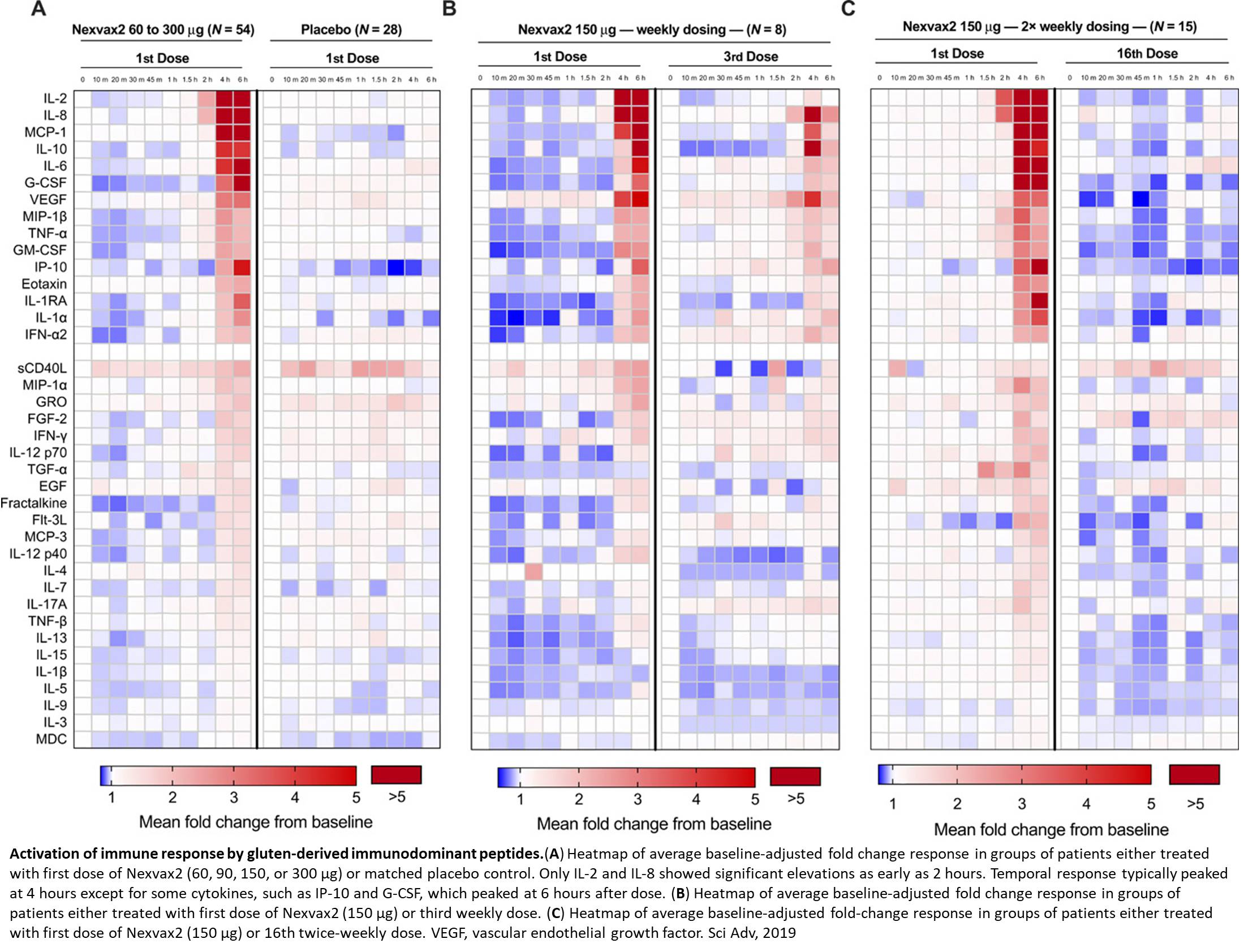 Distinct markers in the blood of people with coeliac disease have been detected within a few hours of gluten being consumed.

The findings published in Science Advances address a longstanding mystery about what drives the adverse reaction to gluten in coeliac disease and could lead to a world-first blood test for diagnosing the disease.

A potential blood-based test would be a vast improvement on the current approach which requires people to consume gluten for a number of weeks, and even months, for the testing to be accurate.

"For the many people following a gluten-free diet without a formal diagnosis of coeliac disease, all that might be required is a blood test before, and four hours after, a small meal of gluten.

"This would be a dramatic improvement on the current approach, which requires people to actively consume gluten for at least several weeks before undergoing an invasive procedure to sample the small intestine," the author said.

Coeliac disease affects approximately 1.4 per cent of people globally, many of whom remain undiagnosed. Symptoms of the disease are caused by a damaging immune response to gluten. After consuming gluten, patients can experience reactions such as nausea, vomiting, abdominal pain and diarrhoea.

"The unpleasant symptoms associated with the disease are linked to an increase in inflammatory molecules in the bloodstream, such as interleukin-2 (IL-2), produced by T cells of the immune system. This response is similar to what happens when an infection is present, however for people with coeliac disease, gluten is the trigger.

"This information underpins a potential new approach to diagnosis that addresses the emerging medical need to identify patients without coeliac disease who may be better served by other treatments for their chronic symptoms," the senior author said.

Researchers first discovered the immune markers while assessing blood samples during the Phase 1 trial of a potential coeliac therapy called Nexvax2. Gastrointestinal symptoms in patients injected with the gluten peptides, particularly nausea and vomiting, correlated with higher levels of IL-2 in their blood.

Peptide injection elevated at least 15 plasma cytokines, with IL-2, IL-8, and IL-10 being most prominent (foldchange increase at 4 hours of 272, 11, and 1.2, respectively). IL-2 and IL-8 were the only cytokines elevated at 2 hours, preceding onset of symptoms. After gluten ingestion, IL-2 was the earliest and most prominent cytokine (15-fold change at 4 hours).