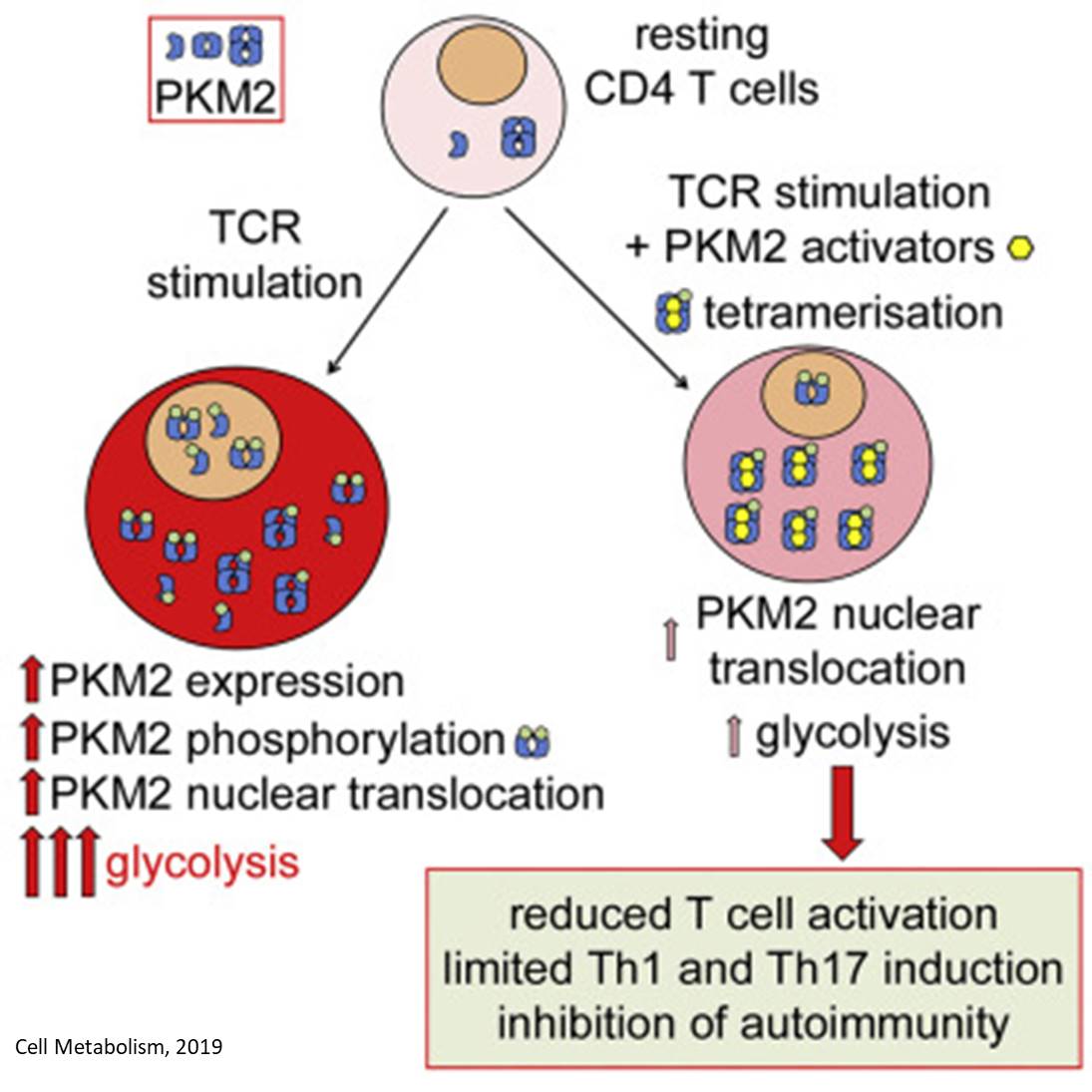 A research team has uncovered a critical role for a protein called 'PKM2' in the regulation of immune cell types at the heart of multiple inflammatory diseases.

The work identifies PKM2 as a potential therapeutic target for treating a host of diseases mediated by over-active immune cells, such as psoriasis and multiple sclerosis. The findings are reported in the journal Cell Metabolism - with the chief discovery being that PKM2 is a central 'on' switch for these cells.

Pyruvate kinase (PK) catalyzes the conversion of phosphoenolpyruvate to pyruvate during glycolysis. The PK isoform PKM2 has additional roles in regulation of gene transcription and protein phosphorylation. PKM2 has been shown to control macrophage metabolic remodeling in inflammation, but its role in T cell biology is poorly understood.

TEPP-46 limits the development of both T helper 17 (Th17) and Th1 cells in vitro and ameliorates experimental autoimmune encephalomyelitis (EAE) in vivo. Overall, the results suggest that pharmacological targeting of PKM2 may represent a valuable therapeutic approach in T cell-mediated inflammation and autoimmunity.

The lead said: "Th17 and Th1 cells are very important for the damage that happens in autoimmune diseases such as psoriasis and multiple sclerosis. We have found that interfering with PKM2 blocks these cells and limits inflammation."

The senior author added: "PKM2 is a fascinating protein that has a role in how cells use glucose for energy, but it also moonlights in the immune system, where we have found it can be especially troublesome. We are currently exploring it as a new target for therapies that might work in patients with diseases like psoriasis and multiple sclerosis, where treatment options are limited."