How cells repurpose their garbage disposal systems to promote inflammation 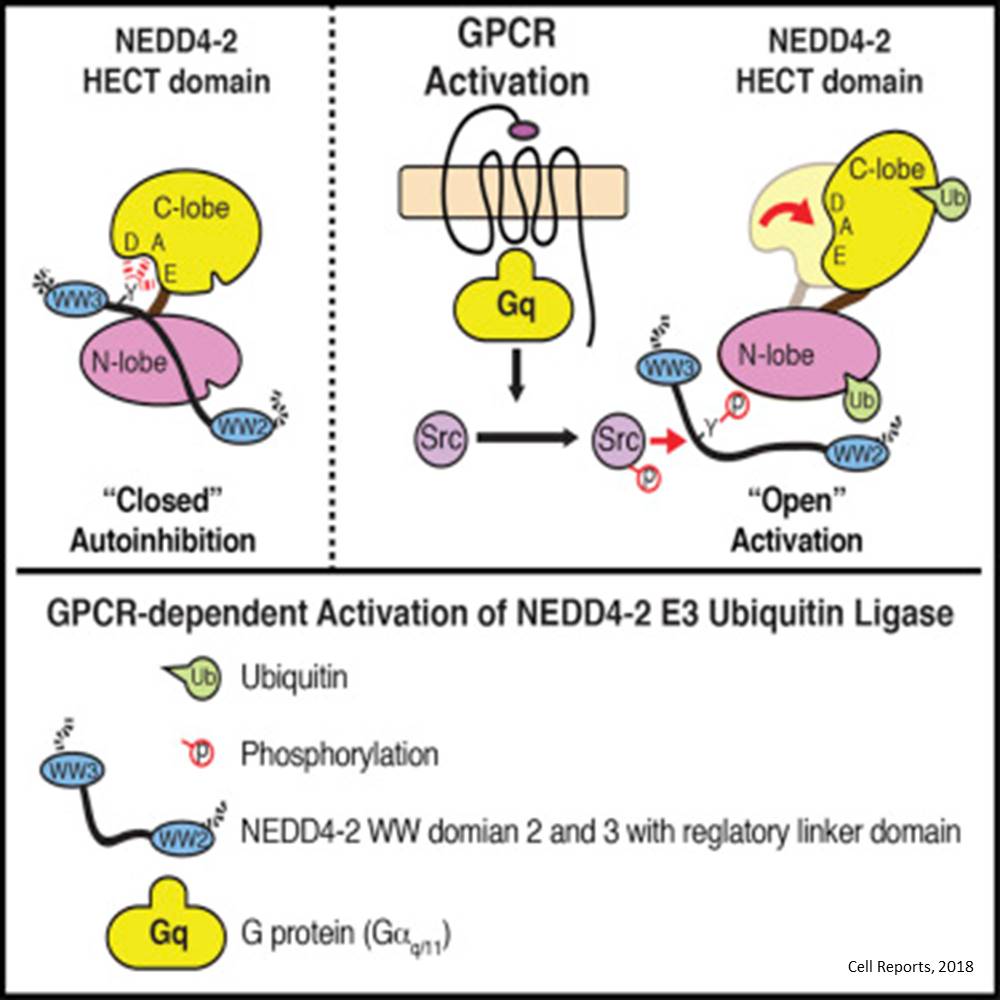 G-protein-coupled receptors (GPCRs) are everywhere in our bodies. They are embedded in our cell membranes, where they act as signal transducers, allowing cells to respond to their external environments. GPCRs play a crucial role in most biological functions, including heart rate, blood pressure, vision, smell, taste and allergic responses. GPCR malfunction can lead to a number of diseases, and many therapeutic drugs work because they influence these proteins. Yet the basics of GPCR structure and functions are not well understood.

Researchers have unraveled new insights into the way cells leverage GPCRs and their cellular waste disposal systems to control inflammation. The findings, published in Cell Reports, suggest some existing cancer drugs that inhibit these cellular activities might be repurposed to treat vascular inflammation, which occurs when artery-blocking plaques form in atherosclerosis.

"We were surprised to discover that GPCRs and inflammation are influenced by ubiquitination -- a process that was previously thought to only mark proteins for destruction," said senior author. "Instead, we've unveiled new insights into both GPCR function and ubiquitination."

When a molecule, such as a nutrient, binds to a GPCR on the outside of the cell, the GPCR changes shape. On the other side of the membrane, inside the cell, a G-protein docks on the newly re-positioned GPCR. Depending on the type of signal and cell, that G-protein then kicks off a cascade of molecular events.

The team focused on endothelial cells, the type that line blood vessels. In that context, they studied how GPCR functions are influenced by ubiquitination -- a process in which enzymes tag proteins with small molecules called ubiquitin. Usually, a ubiquitin tag tells the cell's garbage disposal machinery that a protein is ready for degradation. But in this case, ubiquitination has a different function.

The researchers found that the GPCR turns on an E3 ligase, the very enzyme that does the ubiquitinating, which triggers a cascade of molecular events that ultimately turn on another protein, p38, which in turn promotes inflammation. Using mass spectrometry, authors identify a unique phosphorylated tyrosine (Y)-485 within the 2,3-linker peptide between WW domain 2 and 3 of NEDD4-2, a E3 lingase, in agonist-stimulated cells. Mutation of NEDD4-2 Y485 impaired E3 ligase activity and failed to rescue PAR1-stimulated p38 activation and endothelial barrier permeability.

According to the senior author, a handful of drugs that inhibit E3 ubiquitin ligases have been approved by the Food and Drug Administration (FDA) for the treatment of some cancers, including multiple myeloma and mantle cell lymphoma, and several others have entered clinical trials.

"But given the large number of E3 ligases in the human body -- there are between 600 and 700 -- and their diverse functions, the number of E3-targeting drugs approved or in clinical trials is remarkably small," the senior author said. "And this is the first time E3 ligases have been shown to also play a role in vascular inflammation, which broadens the potential applications for drugs that inhibit these enzymes. The field is really in its infancy."