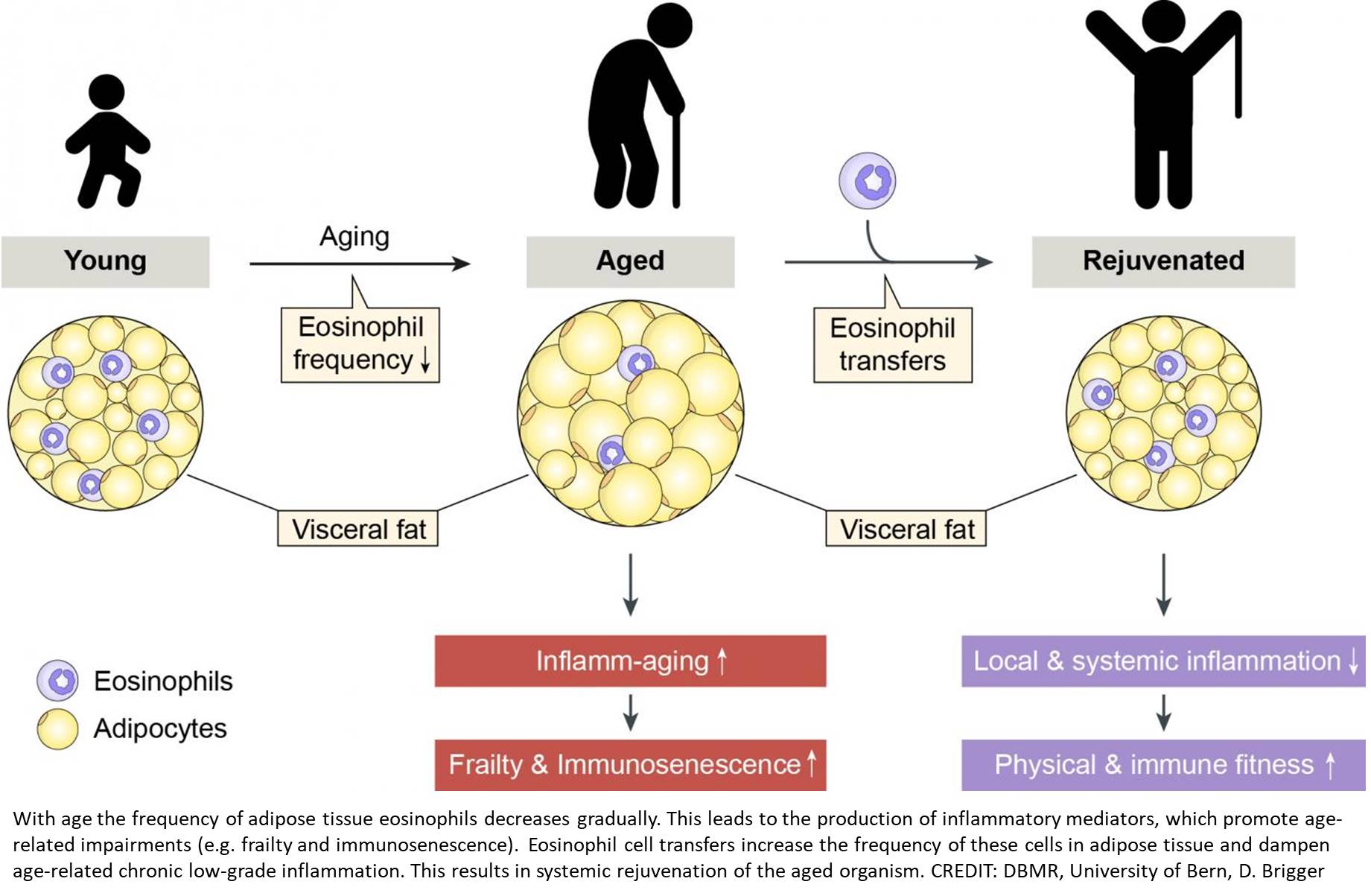 Elderly people are more prone to infectious diseases as the function of their immune system continuously declines with progression of age. This becomes especially apparent during seasonal influenza outbreaks or the occurrence of other viral diseases such as COVID-19. As the efficacy of vaccination in the elderly is strongly reduced, this age group is particularly vulnerable to such infectious pathogens and often shows the highest mortality rate. In addition to the age-related immune decline aged individuals are commonly affected by frailty that negatively impacts quality-of-life. Even though the average life-expectancy for humans continuous to rise, living longer is often associated with age-related health issues.

Researchers have set out to identify new approaches to improve health-span in a fast-growing aging population. For many years scientists speculated that chronic low-grade inflammation accelerates aging processes and the development of age-related disorders. An international team of researchers has now demonstrated that visceral adipose tissue, known as belly fat, crucially contributes to the development of chronic low-grade inflammation.

Scientists report that certain immune cells in the belly fat play an essential role in regulating chronic low-grade inflammation and downstream aging processes. They could show that these immune cells may be used to reverse such processes. The findings of this study has been published in the journal Nature Metabolism.

The team could demonstrated that a certain kind of immune cells, known as eosinophils, which are predominantly found in the blood circulation, are also present in belly fat of both humans and mice. Although classically known to provide protection from parasite infection and to promote allergic airway disease, eosinophils located in belly fat are responsible to maintain local immune homeostasis. With increasing age the frequency of eosinophils in belly fat declines, while the number of pro-inflammatory macrophages increases. Owing to this immune cell dysbalance, belly fat turns into a source of pro-inflammatory mediators accumulating systemically in old age.

In a next step, the researchers investigated the possibility to reverse age-related impairments by restoring the immune cell balance in visceral adipose tissue. "In different experimental approaches, we were able to show that transfers of eosinophils from young mice into aged recipients resolved not only local but also systemic low-grade inflammation", says the author. "In these experiments, we observed that transferred eosinophils were selectively homing into adipose tissue", adds the author. This approach had a rejuvenating effect on the aged organism. As a consequence, aged animals showed significant improvements in physical fitness as assessed by endurance and grip strength tests. Moreover, the therapy had a rejuvenating effect on the immune system manifesting in improved vaccination responses of aged mice.

"Our results indicate that the biological processes of aging and the associated functional impairments are more plastic than previously assumed", states the author. Importantly, the observed age-related changes in adipose immune cell distribution in mice were also confirmed in humans. "A future direction of our research will be to now leverage the gained knowledge for the establishment of targeted therapeutic approaches to promote and sustain healthy aging in humans", says the author.