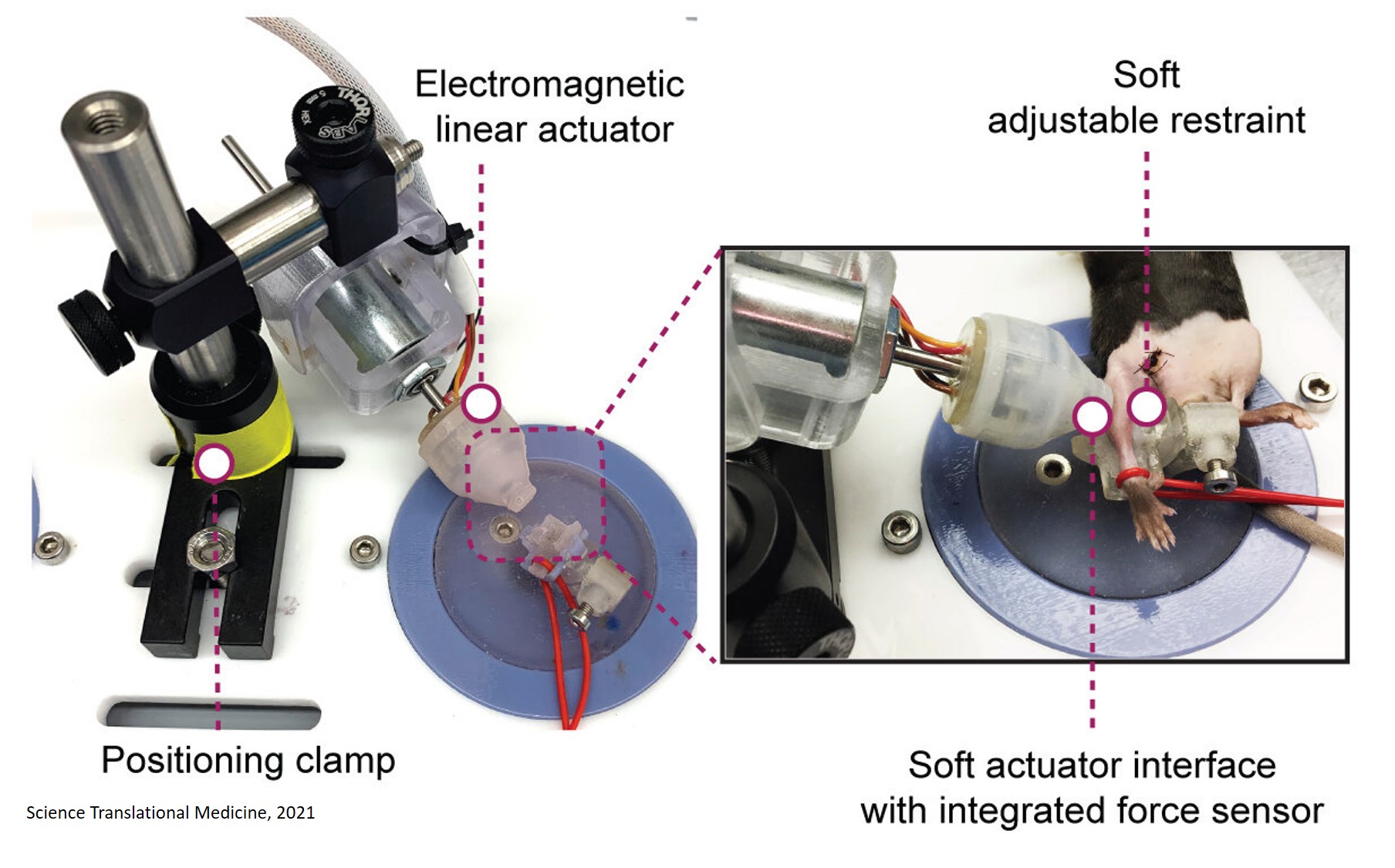 Massage has been used to treat sore, injured muscles for more than 3,000 years, and today many athletes swear by massage guns to rehabilitate their bodies. But other than making people feel good, do these “mechanotherapies” actually improve healing after severe injury? According to a new study, the answer is “yes.”

“Lots of people have been trying to study the beneficial effects of massage and other mechanotherapies on the body, but up to this point it hadn’t been done in a systematic, reproducible way. Our work shows a very clear connection between mechanical stimulation and immune function. This has promise for regenerating a wide variety of tissues including bone, tendon, hair, and skin, and can also be used in patients with diseases that prevent the use of drug-based interventions,” said first author.

The researchers started exploring the effects of mechanotherapy on injured tissues in mice several years ago, and found that it doubled the rate of muscle regeneration and reduced tissue scarring over the course of two weeks. Excited by the idea that mechanical stimulation alone can foster regeneration and enhance muscle function, the team decided to probe more deeply into exactly how that process worked in the body, and to figure out what parameters would maximize healing.

They teamed up with soft robotics experts to create a small device that used sensors and actuators to monitor and control the force applied to the limb of a mouse. “ The device we created allows us to precisely control parameters like the amount and frequency of force applied, enabling a much more systematic approach to understanding tissue healing than would be possible with a manual approach,” said co-second author.

Once the device was ready, the team experimented with applying force to mice’s leg muscles via a soft silicone tip and used ultrasound to get a look at what happened to the tissue in response. They observed that the muscles experienced a strain of between 10-40%, confirming that the tissues were experiencing mechanical force. They also used those ultrasound imaging data to develop and validate a computational model that could predict the amount of tissue strain under different loading forces.

They then applied consistent, repeated force to injured muscles for 14 days. While both treated and untreated muscles displayed a reduction in the amount of damaged muscle fibers, the reduction was more pronounced and the cross-sectional area of the fibers was larger in the treated muscle, indicating that treatment had led to greater repair and strength recovery. The greater the force applied during treatment, the stronger the injured muscles became, confirming that mechanotherapy improves muscle recovery after injury. But how?

To answer that question, the scientists performed a detailed biological assessment, analyzing a wide range of inflammation-related factors called cytokines and chemokines in untreated vs. treated muscles. A subset of cytokines was dramatically lower in treated muscles after three days of mechanotherapy, and these cytokines are associated with the movement of immune cells called neutrophils, which play many roles in the inflammation process. Treated muscles also had fewer neutrophils in their tissue than untreated muscles, suggesting that the reduction in cytokines that attract them had caused the decrease in neutrophil infiltration.

The team had a hunch that the force applied to the muscle by the mechanotherapy effectively squeezed the neutrophils and cytokines out of the injured tissue. They confirmed this theory by injecting fluorescent molecules into the muscles and observing that the movement of the molecules was more significant with force application, supporting the idea that it helped to flush out the muscle tissue.

To pick apart what effect the neutrophils and their associated cytokines have on regenerating muscle fibers, the scientists performed in vitro studies in which they grew muscle progenitor cells (MPCs) in a medium in which neutrophils had previously been grown. They found that the number of MPCs increased, but the rate at which they differentiated (developed into other cell types) decreased, suggesting that neutrophil-secreted factors stimulate the growth of muscle cells, but the prolonged presence of those factors impairs the production of new muscle fibers.

“Neutrophils are known to kill and clear out pathogens and damaged tissue, but in this study we identified their direct impacts on muscle progenitor cell behaviors,” said co-second author. “While the inflammatory response is important for regeneration in the initial stages of healing, it is equally important that inflammation is quickly resolved to enable the regenerative processes to run its full course.”

The authors then turned back to their in vivo model and analyzed the types of muscle fibers in the treated vs. untreated mice 14 days after injury. They found that type IIX fibers were prevalent in healthy muscle and treated muscle, but untreated injured muscle contained smaller numbers of type IIX fibers and increased numbers of type IIA fibers. This difference explained the enlarged fiber size and greater force production of treated muscles, as IIX fibers produce more force than IIA fibers.

Finally, the team homed in on the optimal amount of time for neutrophil presence in injured muscle by depleting neutrophils in the mice on the third day after injury. The treated mice’s muscles showed larger fiber size and greater strength recovery than those in untreated mice, confirming that while neutrophils are necessary in the earliest stages of injury recovery, getting them out of the injury site early leads to improved muscle regeneration.

“These findings are remarkable because they indicate that we can influence the function of the body’s immune system in a drug-free, non-invasive way,” said the senior author. “This provides great motivation for the development of external, mechanical interventions to help accelerate and improve muscle and tissue healing that have the potential to be rapidly translated to the clinic.”

The team is continuing to investigate this line of research with multiple projects in the lab. They plan to validate this mechanotherpeutic approach in larger animals, with the goal of being able to test its efficacy on humans. They also hope to test it on different types of injuries, age-related muscle loss, and muscle performance enhancement.

“The fields of mechanotherapy and immunotherapy rarely interact with each other, but this work is a testament to how crucial it is to consider both physical and biological elements when studying and working to improve human health,” said the corresponding author of the paper.