Immune cell make up in the brain lining changes after meningitis 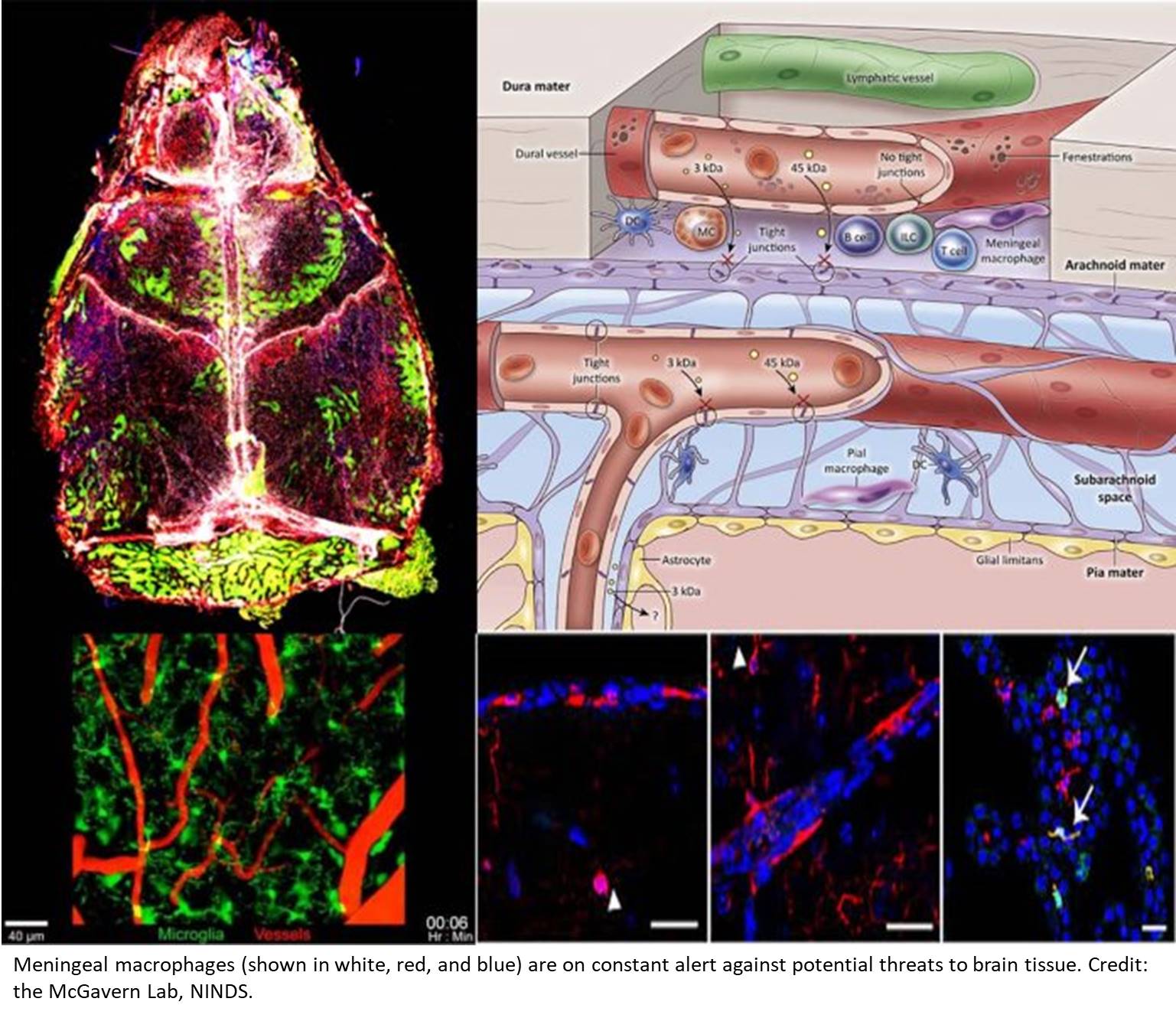 Meningitis, a group of serious diseases which infect the brain's lining, leaves its mark and can affect the body's ability to fight such infections in the future. According to a new study published in Nature Immunology, infections can have long-lasting effects on a population of meningeal immune cells, replacing them with cells from outside the meninges that then change and become less likely to recognize and ward off future attacks.

"After an infection, the immune cell landscape in the brain lining changes. Brain lining immune cells that normally protect the brain from foreign invaders die and are replaced by cells from elsewhere in the body. These new cells are altered in a way that affects how they respond to subsequent challenges and new infections," said the senior author of the study.

The team observed that during normal conditions, meningeal macrophages were on constant alert against threats, continually extending their thin arms and surveying their environment.

They next watched how macrophages changed after infection by lymphocytic choriomeningitis virus (LCMV), which targets the meninges, causing viral meningitis. Within two days of the infection, levels of antiviral cytokines, part of the immune response to viruses, increased in the meninges. After four days, one-third of meningeal macrophages were infected, and showed activity in many genes involved in fighting viruses.

The researchers then investigated the long-term effects of this infection, after the virus was cleared and the meningitis had subsided. Within a week, most of the infected macrophages had died and were removed from the area by immune cells, leaving a depleted stock of meningeal macrophages. This supply was refilled by monocytes, immune cells recruited from the blood.

Some of these monocytes eventually turned into macrophages but had different properties from the original cells. The team discovered that the new macrophages were missing a specific receptor that detects bacteria, making them less effective at responding to future infections.

The new macrophages also had lower levels of another receptor that recognizes the brain chemical acetylcholine, which normally dulls inflammation in meningeal macrophages. Consequently, the new macrophages were less responsive to this signal and had trouble quieting an infection-induced inflammatory response. These results indicate that infections in the brain can have lasting effects, long after the virus leaves the system.

"These findings suggest that in addition to identifying the type of infection, it may also be important to know if it is coming on the heels of an earlier bug because that may affect how the system responds," said the senior author. "Getting a virus out of the brain does not necessarily mean that everything goes back to normal."

Further studies are needed to learn about additional functions of meningeal macrophages and how these cells respond to other types of viruses and bacteria.