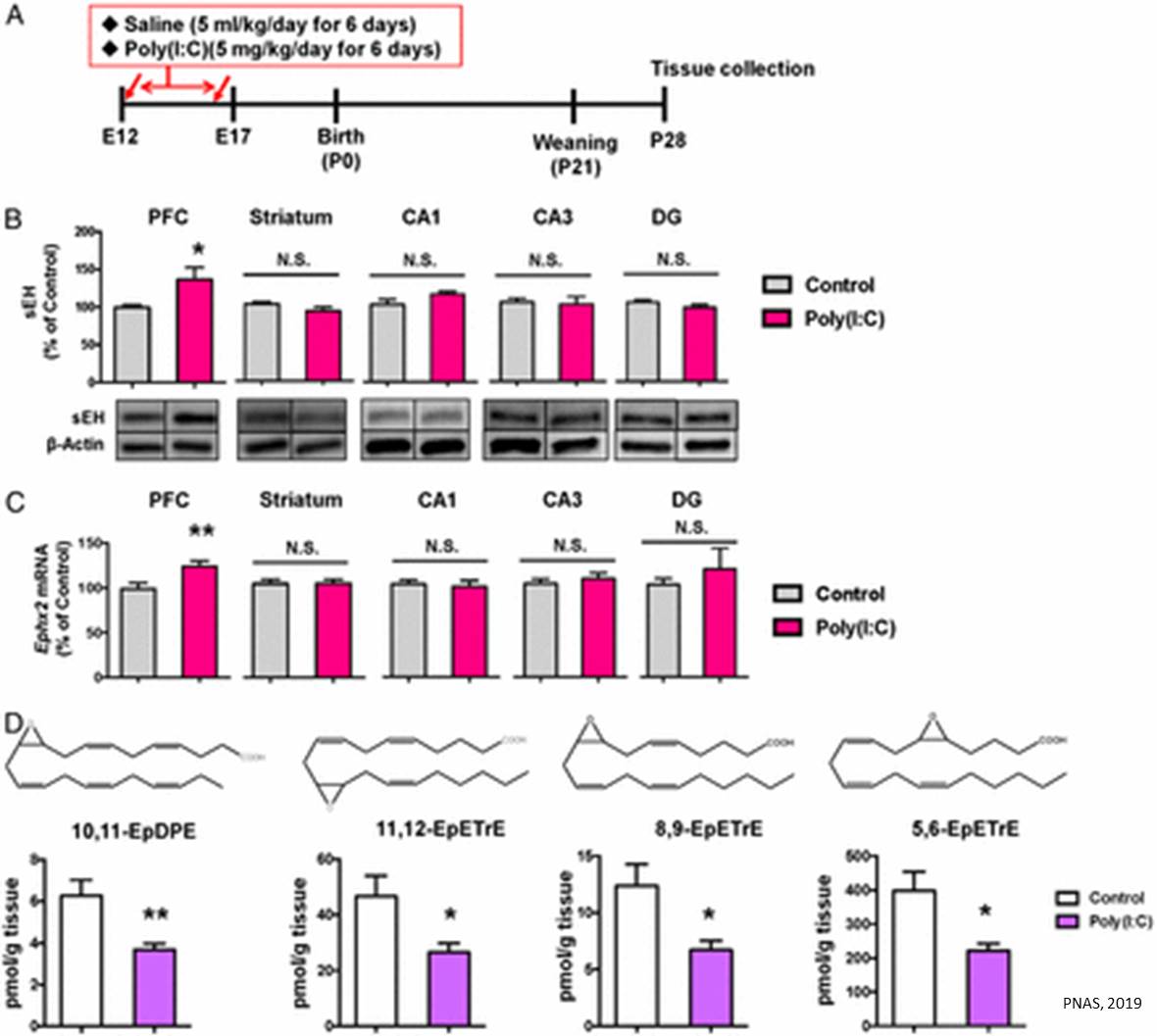 Work published in the journal Proceedings of the National Academy of Sciences shows that an enzyme inhibitor reduced inflammation in the brains of mice born to mothers with maternal immune activation (MIA). Inflammation triggered by the enzyme, soluble epoxide hydrolase (sEH), is linked to neurodevelopmental disorders in these mice.

"Inhibiting that enzyme stops the inflammation and the development of autism-like and schizophrenia-like symptoms in animal models," said co-author.

The work flows from the idea that development of disorders such as autism or schizophrenia can be influenced by infections during pregnancy that expose the developing fetus to inflammatory chemicals. These disorders also have a strong genetic component.

These findings suggest that increased activity of sEH in the PFC plays a key role in the etiology of neurodevelopmental disorders in offspring after MIA. The findings also show that a mouse model of some of the symptoms in autistic children can be suppressed by inhibiting soluble epoxide hydrolase, a target not previously explored.